Many Jobless And Many Jobs 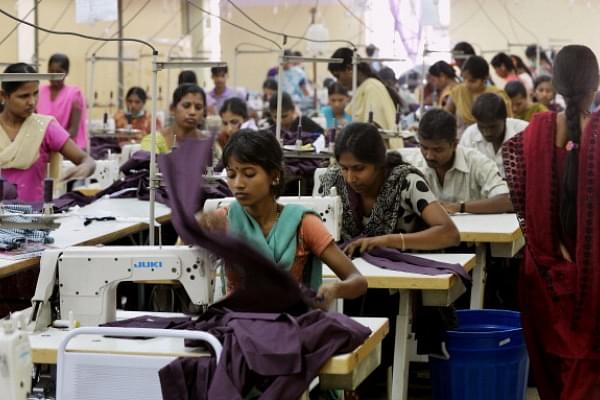 Many Jobs And Many Jobless  —  A Seeming Contradiction

However, if you talk to employers, especially in large metros, they will tell you that the attrition levels in their industries are very high. So, even when the overall unemployment is increasing, many of the people who do get jobs, leave those jobs very soon.

At AskHow India, we have been trying to find an answer to the question “How can we create more jobs in India?” In this context, we have been meeting business people whose decisions lead to job creation. Our target is to meet hundred such people and we are nearly half way through. In these interviews many people have spoken of a high voluntary attrition rate, especially in unskilled blue-collar jobs.

Sample this. A senior manager in a Quick Service Restaurant chain (QSR  — think chains of fast food restaurants), told me that their attrition was between 8 and 10 per cent per month in Mumbai. A security service company CEO in Delhi complained about the high-level attrition in his company. This is not limited to blue collar jobs – The founder of a Knowledge Process Outsourcing company in Thane said that it was routine for most of his employees to leave within three to four months.

What do these people do? The two possibilities are that they either get another job or they prefer to be unemployed rather than continue to be in the same job. From talking to both employers and employees, we believe that for a significant number of people, it is the latter. In the pithy words of the manager of a grocery warehouse in Mumbai,

“Many of them come from interior villages in Maharashtra and survive on a diet of Vada Pav and chai. By the end of three months, they are physically sick in addition to being homesick. They save enough so that they can buy a smart phone and a data pack and then leave.” This tendency was present in employees from the same city as well.

So, what am I saying here? That it is possible that a lot of the unemployment could be ‘voluntary’. If a person decides to work for a few months and is not even looking for a job for the remaining months, it would mean a reduction in Labor Force Participation Rate (LFPR). Alternatively, the person could be looking for a much better job and that too not in a big city far away from home where they are more likely to find it. This could lead to an increase in Unemployment Rate. Why would a person do that? Here are some possible reasons.

Job Is Not The Same As A Career

One of the people I met in the last six months is Dr. Pranab Sen, the first Chief Statistician of India. One moment of epiphany in understanding employment was when Dr. Sen told me that when they (NSSO) asked someone if he had a job (or naukri), the person was likely to say no. However, if they asked the person if they had work (or kaam), the answer was ‘yes’ most of the time. As we have discussed in our piece, Understanding the different ‘jobs’ debate in India, most of the employment in the country is not single-employer, regular wage-paying work.

It is equally important to understand that many of the jobs available are not the first step in a long career. The CEO of a training company called most of the available blue-collar jobs ‘MNREGA type jobs’. A job where the father and the son get the same wage. Or, in other words, there is no premium for skills. If a person in such a job makes a decision to work only a few months a year, it is totally understandable, especially, given other reasons given below.

It is well established now that states of North and East  —  Uttar Pradesh, Bihar, West Bengal and Orissa have a very young population. The states of West and South are doing much better economically and hence creating more jobs. If a person from Uttar Pradesh has to go and live in Kerala to work on a construction site, it is understandable if they decide to not work for the whole year, thousands of kilometers away from home in an alien culture.

This issue is well recognised by many companies, which take active measures to address it. Many construction companies make living arrangements for their laborers so that people from the same region live together. Additionally, they give leave to a couple of laborers in a group on a daily basis so that these guys can cook food for the rest. These companies report that they are able to reduce attrition significantly by such simple measures.

The issue of alienation can be true even if the job is in the same state but far away from home. The culture of Mumbai could be very alien for a young guy from a small village in Ratnagiri for example.

Living In City Can Be Costly And Very Hard

If you are not a local and you get an unskilled blue-collar job anywhere in Mumbai, it is likely that you will live far away and would share a room with anywhere between half a dozen to dozen people. The rent you pay for such accommodation may take up a significant part of your income.

In a village in contrast, you would stay at your own home. You would mainly eat the food grown by your own family and would not need to commute on a daily basis. Home life would be much cheaper in addition to be being more pleasant. It is entirely feasible that people may make the choice of living very frugally when in the city and saving enough so that they go back home sooner. A local employee would not have to pay for accommodation but even they can decide to work only for a few months and spend their savings in the remaining months.

Farm sizes in India are very low. In 2014, the Directorate of Economics and Statistics estimated that 87 per cent of farmers owned less than 2 hectares of land and 69 per cent owned less than 1 hectare! At such sizes, the farms do not make much money for the farmer especially if the farm is not irrigated. Perhaps because of this, most rural youth do not want to be farmers. In 2017, ASER questioned rural youth across India and only 1.2 per cent of the youth aspired to be farmers!

It is possible that a village youth who works in a city part time of the year, has no need to declare that he is a farmer for the remaining part of the year.

· The latest official survey on employment  —  PLFS has shown that the unemployment rate is at a 45-year-high.

· Many employers see a very high attrition rate in their businesses, especially in large metros. The employees resigning from these jobs either get other jobs or prefer to be jobless.

· Most employment in India is not regular wage-paying, single-employer job. Most jobs are not the first step in a long fulfilling career.

· The jobs that are available may be far away from job seekers both geographically as well as culturally.

· The job may require the employee to live in uncomfortable housing and may also require him to travel long distances. Furthermore, the cost of living would be much higher than at home.

· Given the above, the job seeker may make the perfectly rational decision to not work all 12 months a year.

· Farm sizes in India make farming unremunerative for most. Furthermore, for the young, there is no pride in being a farmer. Thus, a youth who works part of the year far away from home may not have any compulsion of saying that he is ‘working’ on a farm when he is back home.

If this explanation is even partially true, then policy makers have a much more complex job than previously thought. They are not just charged with creating more jobs but are responsible for enabling creation of high-paying, fulfilling jobs for people in their own community.

Best of luck to the winners of the 2019 elections!