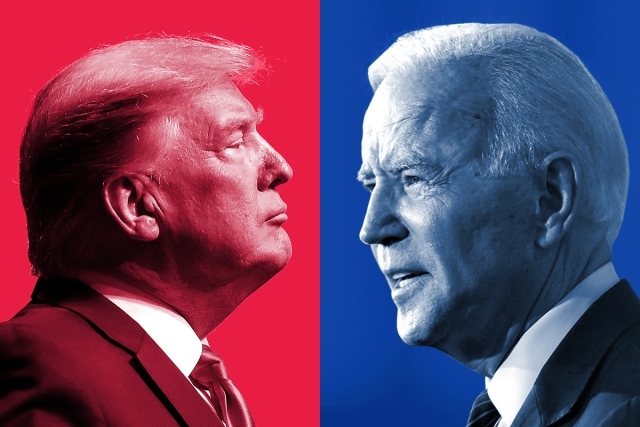 Within a span of two weeks the world has witnessed horrid scenes of anarchy, chaos, lawlessness & strife in two prominent capital cities separated 1000’s of miles from each other. New Delhi & Washington are the epicentre of two of the world’s largest democratic systems at work on this planet.

Does this turn of events unravel a story that needs to be told? Is there a growing scepticism that democratic values have lost their sheen in the last 20 years with a steep rise in political & media polarisation & a gradual shift from globalism to ultra-nationalism?

Trump heralded an era of “America First” _as he took control as the 45th US president in 2017. He broke some traditions by being elected as the first US president without prior government or military service experience. Before entering politics he was known as a flamboyant and often a controversial businessman and television personality. Trump's political positions have been described as populist, protectionist, isolationist and often nationalist.

During his presidency, Trump ordered a travel ban on citizens from several Muslim-majority countries. He renegotiated the North American Free Trade Agreement (NAFTA) as the United States–Mexico–Canada Agreement (USMCA) and withdrew the U.S. from the Trans-Pacific Partnership trade negotiations, the Paris Agreement on climate change and the Iran nuclear deal. He imposed import tariffs which triggered a trade war with China, moved the U.S. embassy in Israel to Jerusalem and withdrew U.S. troops from northern Syria. He met three times with North Korean leader Kim Jong-un, but negotiations on denuclearization eventually broke down.

After Trump solicited Ukraine to investigate his political rival Joe Biden, the House of Representatives impeached him in December 2019 for abuse of power and obstruction of Congress. The Senate, after refusing to hear witness testimony, acquitted him of both charges in February 2020. And after the chaos in Capitol Hill couple of weeks back, he is now standing at the altar of yet another impeachment trial. Trump eventually lost the 2020 presidential election to Biden.

On the other hand Narendra Modi won a landslide re-election in 2019 and established himself as one of the most popular leaders in modern democratic India after Nehru.

As soon as the second term for the Modi government started, his government embarked on some very challenging & often controversial constitutional reforms within 12 months of coming into power. These include revocation of Sub-clauses of Article 370 for Jammu & Kashmir; CAA Legislation for protection of minorities in the subcontinent & the recent Agricultural Reforms bill 2020.

In addition to these reforms the landmark Ayodhya Ram Janmabhoomi verdict was also issued by the Supreme Court of India in 2020. Many of Modi’s critics see these reforms/amends as unconstitutional in spirit, if not in the way they were implemented.

The accusation on the Modi led government is that he has found the loopholes in the legislation to force some of these long pending changes, but an overwhelming majority of Indians support Modi’s intent and his direction of travel. India has been plagued by lack of propensity by subsequent governments to handle complex changes through legislative reforms. The prime reason for this has been the risk aversive modus-operandi with selfish interests to remain in power superseding the drive to carry out complex reforms.

Despite the strong intent and the popular support that this government has enjoyed over last 6 years, there have also been challenges, specially in the implementation of a number of these

reforms, whether it was the demonetisation drive or the CAA legislation and now the latest Agri reforms bill. There have been wide-spread protests from various quarters and interest groups and often a state of confusion has prevailed due to the lack of transparency and outreach in the implementation phase of these changes. Some among those who support Modi also are beginning to question the mechanics and mishandling of the dissent against the government in some cases.

One thing that stands out though, both in the US and Indian scenario, is that although democracy at the face of it looks ugly, chaotic and disparate; there is a sense of unison, space for dissent and a certain method to this madness, unlike some of the other political systems at play in 21st century, be it the Russian model, the Chinese model or the model followed by some of the middle-eastern kingdoms where dissent has no space, where voices are throttled before they can be aired and where embargo is the norm and not the exception.

The scenes played out in the bedrooms across the world during the Capitol hill siege and during the farmers protests in Delhi, have one thing in common and it is the vibrancy and freedom that the key pillars of democracy continue to enjoy; the people, the media, the judiciary and the various political factions have their say and this fundamentally allows all these opinions a space to grow and spread.

Of course the kind of violence and chaos we have seen is condemnable & law of the land should always prevail, however the key takeaway from these incidents is that the underlying principles of democracy have remained firm in both ecosystems ensuring that we do not see occurrences like Tianenmen Square unfold in democratic setups.

There has no doubt been rise in the Ultra nationalism and right-wing in the last decade or so, and some of it is also an extreme reaction to the almost hostile takeover of the political space, media and intelligentsia by the so-called left and ultra-left over last 30-40 years, and this infighting of survival between the two extremes has throttled the space for centrists across political spectrum.

The need of the hour is to repair the balance between the two poles and harmonisation of a collective discourse that allows peaceful and structured dissent in a constructive manner rather than a destructive polarist. As long as Democracy sustains there is hope for planet earth.