Pakistan, And Its Terror, Must Always Be Kept On Their Toes 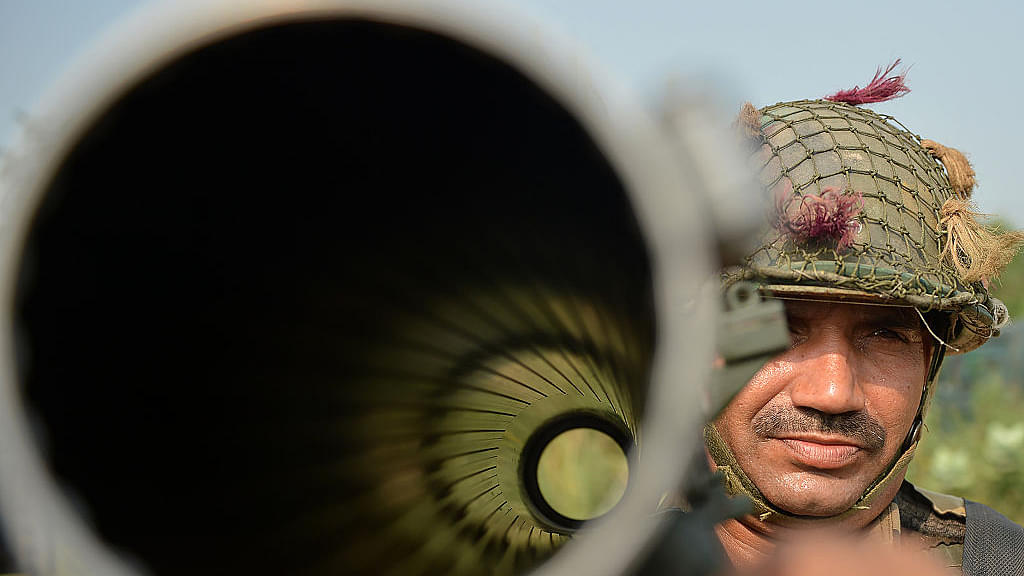 The guns of the Indian Army spoke on the intervening night of September 28-29. The successful surgical strikes by Indian troops on Pakistani terror launch pads across the Line of Control (LoC) outlines a paradigm shift in India’s war against terrorism.

Mission Surgical Strikes was articulately planned and efficiently executed. In a four-hour-long daring operation, Indian Special Forces crossed the LoC between and destroyed half a dozen terror launch pads. While DGMO Lt Gen Ranbir Singh maintained that “significant casualties” had been inflicted to the terrorists and those who were trying to help them, the figures could vary between 40 to 45. And that includes at least two Pakistani soldiers.

It could be noted that the cross-boarder surgical strikes were targeted solely at Pakistani terror infrastructure, not aimed at its military installations. Moreover, it was an act of self defence in the face of imminent attacks by terrorists from across the LoC.

Two points to be noted here. First, the Pakistani side of LoC has become the bedrock of terrorists who were waiting to sneak into the Indian territory. Second, the presence of soldiers of the Pakistani army near the terrorists at the terror launch pads. The dead Pakistani soldiers point to this very fact.

Remember, in 2004 SAARC Summit – held in Islamabad – Pakistan had promised that it won’t allow its territories or territories under its control for any terrorist activity against India. But the Pakistani Army men were literally caught in bed with terrorists when India carried out its surgical operation.

The strikes on Pakistani terror launch pads came in the wake of the 18 September terror attack on the Army camp at Uri in which 19 of our brave soldiers lost their lives.

As a nation having self-respect, India can’t allow the attackers of its soldiers go unpunished. Because, a soldier represents the nation in the battle field and no one’s present is as direct as a soldier’s. The death of a soldier is a huge loss to the nation, a loss which should make all citizens die a little.

It could be noted that historically, India had never openly retaliated militarily against the Pakistan-sponsored terror and the surgical strike is a first such action.

After the Uri attack, Prime Minister Narendra Modi had assured the nation that those behind the despicable attack won’t go unpunished and that the sacrifice of our brave soldiers won’t go in vain. With the surgical strikes, Prime Minister Modi has lived up to his promise.

India stands tall in the wake of surgical strikes. Undoubtedly, the cross-LoC surgical operation has boosted the morale of India’s soldiers. Our armed forces are extremely capable to tackle our enemy head on and with a strong leader at the helm, they can do it better.

The surgical strikes have sent three messages loud and clear. One, India under the leadership of Narendra Modi is not a soft state. Second, the template of dossier diplomacy with Pakistan is a matter of past. Third, India reserves its right to retaliate against the country which uses terrorism as an instrument of state policy. And India can take every action under the sun to protect its sovereignty and territory.

Pakistan has been nurturing and paddling terrorism and is a rogue state. Year in and year out, India has received the onslaught of a series of terror attacks, thanks to Pakistan which follows a strategy to bleed India through a thousand cuts.

On the night 2 October, Pakistan sponsored terrorists attacked the Army camp in Baramulla. One BSF jawan was martyred and two terrorists were neutralised.

Enough is enough. Pakistan must be kept on its toe continuously to prevent future terror strikes. At the same time, we need to have maximum vigilance.

With the surgical strikes, the threshold has been crossed. It is not an end, but just the beginning.

It is a fact that most of the terror infrastructure of Pakistan is based out of PoK. So India can explore the military option of going into PoK and dismantle all terror infrastructures there. It won’t be in violation of international law. Because, the entire PoK – which is legally India’s territory – is in illegal occupation of Pakistan. And after completely cleansing PoK of terrorists, India can exercise its right to integrate it with the rest of country.

If the US could kill Osama bin Laden inside Pakistan, why can’t Indian goes to the very premise of Pakistan and does the same with Hafiz Sayeed and Maulana Masood Azhar?

Only then, India’s war against terror will come a full circle.