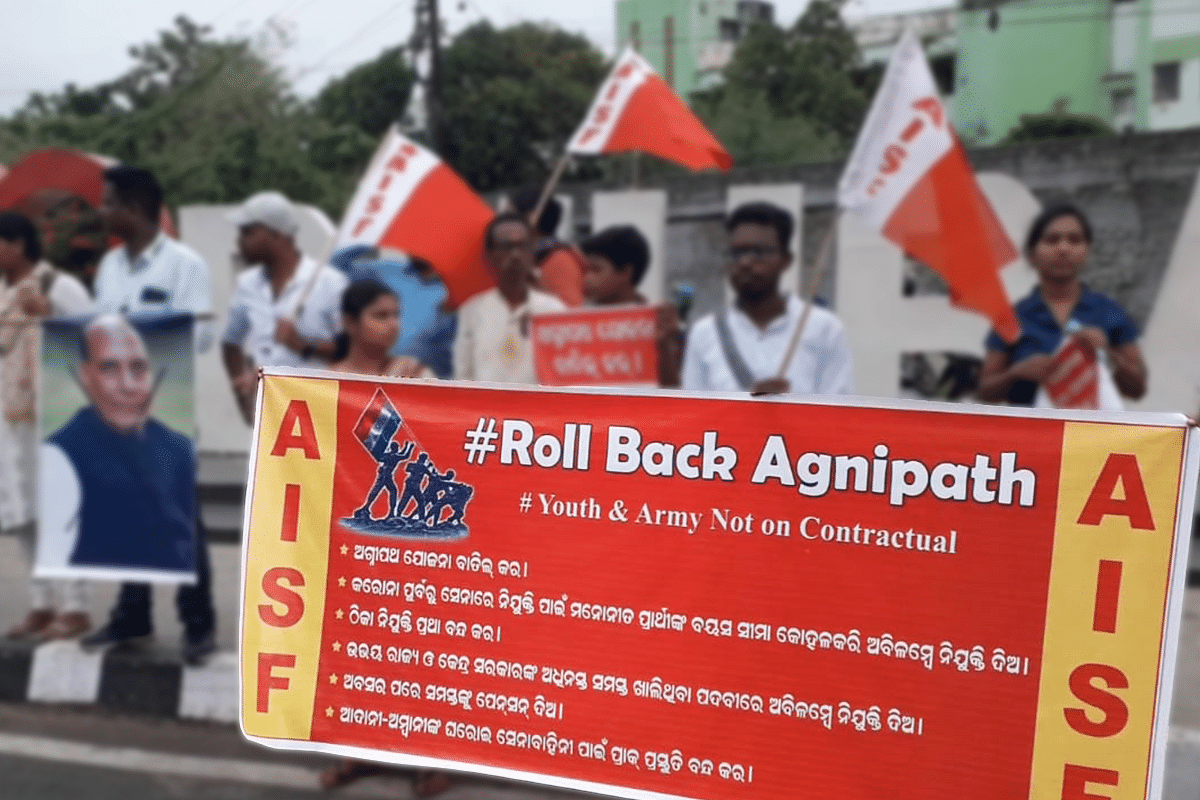 Stagnation leads to degradation and whether it is an individual, a society, an institution, or a country, all need to constantly evolve to prevent this degradation. And, it is ‘reforms’ that provide the driving force for this evolution.

Prime Minister Narendra Modi understood this reality and initiated several reforms in the last eight years. Pathbreaking reforms were initiated under his leadership in sectors ranging from banking to education, from the farm sector to defence. He gave a clarion call to “Reform, Perform and Transform” and India witnessed reforms in almost all the sectors of economy and polity.

From change in the document attestation process to initiating a big-time digital revolution, all of it came under PM Modi's reform agenda. The arch of reform was far-ranging but the intent was the same and that was the welfare of the people and nation-building.

Running parallel to this story of positive change and evolution is a sinister narrative to scuttle each and every move to reform. The organised system of anti-government protests has always existed, surviving on support of the international syndicate of ‘Andolanjeevis’. But they have never been as active like they have been in the last eight years.

From the Citizenship Amendment Act (CAA) protests to farm laws agitation, from the anti-GST dharnas to the recent large-scale violence and arson against the Agnipath recruitment scheme, all these protests have one thing in common. They are not entirely organic and are all manufactured, sponsored, organised, and instigated to a great extent.

This is a fact that has been emphasized in a host of independent reports and police inquiries. In January 2022, the Delhi police told a local court, as reported by the Hindustan Times, that the CAA protests that took place in northeast Delhi in 2020 were “neither organic” nor “women-driven”, and that they were “organized at Muslim-dominated areas” in the poorest localities of the city to create a secular facade and use them as “cannon fodder” to increase participation.

A Times Now report also exposed the truth behind the Delhi riots that took place in 2020. The report states, “Whatsapp group chat allegedly related to the communal violence that took place in the month of February this year, reveals that it could be a planned conspiracy”.

"Jamia has the credibility to do it nationwide. But everywhere, one Jamia boy/girl must be present to execute this", a person named Shahzar Khan wrote to Jamia Millia Islamia student Safoora Zargar in a Whatsapp chat, reported Times Now.

In the recent case of the Agnipath recruitment scheme, large-scale violence that included the burning of several trains and destruction of public property, took place in various parts of India. One can accept that there can be some genuine concerns of the aspirants regarding the new recruitment scheme, but this level of violence cannot be the accepted expression of those concerns; rather, it can be only be see as a sign of a larger conspiracy against the state.

Without getting into the details of the benefits of the Agnipath recruitment scheme, which are numerous and well explained by defence experts, I will stick to the issue of large-scale protests unleashed against it. They are by no means a singular manifestation of a real or presumed disconnect, but appear to be a part of a grand scheme to derail the reform agenda initiated by the Modi government.

According to various new reports, several coaching institutes have come under the radar of the law enforcement agencies for their role in instigating the recent violence. While several arrests have been made in this regard, the need is to probe deeper. It could well be that some of these coaching institutes were only the proverbial pawns in hands of even bigger forces. The main culprits are roaming free, perhaps busy planning another set of protests.

On social media, several old and doctored videos are being circulated to incite violence.

One of the videos shows a young man pouring kerosene oil and burning himself alive. While one can report these videos, it is important to stop their spread; but given the reach of social media tools like Facebook and Whatsapp, it is practically impossible.

There has been a discernible pattern in all the protests against the Modi government since 2014. Be it CAA protests, farm laws protests, or for that matter the recent and ongoing Agnipath protests, there appears to be a concerted attempt to destabilise India.

Nobody intents to discredit even a single genuine aspirant or his/her concerns. But, should the same approach be taken for those who are indulging in rioting and don’t show any signs of being a serious candidate for defence services?

There have been enough news reports detailing how people with families, including children, came under the attack by these protesters. Can these rioters claim themselves to be the future of the world’s most disciplined defence force?

To reverse the proverb of 'throwing the baby out with the bath water', we need to ask: are we willing to retain the baby with the bathwater? In the answer lies the solution to tackle the anti-India and anti-reform forces.