Some Unwanted Advice: Gameplans For Congress And AAP for 2036 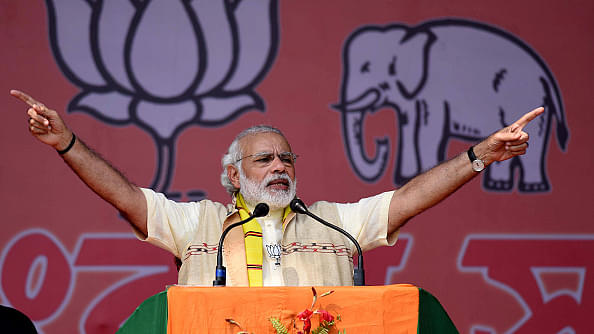 Not only are most of them single; they have created political parties without an effective second line of leadership, which will probably not survive them. Between them, they dominate 222 Lok Sabha seats, which will come into play. India’s GDP will be about $6 trillion (without adjusting for PPP) and it will still be a relatively young country with a median age of about 32. Urbanisation would be close to 40 percent.

The BJP, naturally, is eyeing these states and is working towards building a strong base. In half of these (UP and Bihar), it already has a significant presence. It also has the democratic tradition of promoting local leadership, in contrast to most other parties.

But if India were to have a bi/tripolar polity, Congress and AAP will need to look ahead and invest heavily in these states. The prize is big. Rahul Gandhi will be 66 and Kejriwal will be 68. They can afford to have a long-term plan. But their paths will need to be different for them to have any hope at all of being more than marginal players.

For the Congress, it’s almost impossible to abandon the dynasty in Delhi. But in the states, the Congress needs to identify 40-something-year-olds and invest in them, starting with local dynasties. The beginning has to be made with Sachin Pilot and Jyotiraditya Scindia. They need to abandon Delhi and move to Rajasthan and MP respectively.

Although these two states are not in the mix of the 222 seats, it’s extremely important for Congress to beat the BJP in these two states in the coming years to prove to itself that it can still win and put the BJP on the defensive. Shivraj Singh Chouhan has completed 10 years in MP and is vulnerable. Vasundhara Raje Scindia is also vulnerable. But it needs Sachin Pilot and Jyotiraditya Scindia to bite the bullet and focus on their states.

The Congress doesn’t have a strong local dynasty in UP, Bihar, Odisha, Bengal and TN. The tough part for them is to choose the right local leader to back. This is where Rahul Gandhi’s experiments with organisational design and restructuring will be tested. But whoever they choose, they need to back for 20 years, irrespective of the electoral losses. In fact, if they decide to project Priyanka Gandhi in UP, she needs to be prepared to lose three elections but stick to UP. Mamata Banerjee should be her role model, much as she would hate it. Congress has to play it old-school style because that’s their strength.

AAP, in sharp contrast, will need to play completely by the playbook of New Politics, which it has almost invented. Given the Wiki nature of its organisation, it’s extremely difficult for it to win large states currently. So how does it remain in contention over the next 20 years? Its strength is urban guerrilla politics; no one can play that game like AAP can. It needs to focus, therefore, on winning municipalities, corporations and small states.

Elections to municipalities or corporations of large cities usually don’t involve identity politics or caste arithmetic. They don’t even require hugely charismatic leaders. They are fundamentally about solutions to urban infrastructure and civic issues. This is tailormade for AAP’s model of house-to-house contact, participation of citizens, solving hyper-local problems and bringing efficiency, transparency and accountability into the functioning of civic bodies. In addition, AAP has very limited financial resources, which it will need to concentrate, instead of spreading it thin over a large state. On the other hand, it has a distributed cadre of volunteers that can be summoned to focus on a single city.

If AAP can provide effective governance in a handful of cities and small states across the country, it will not only set itself up for those 222 (and more) seats, it will also threaten the BJP where it will hurt most – the young, urban voter.

Let’s see how it plays out.