Why India Must Support A Free Baluchistan 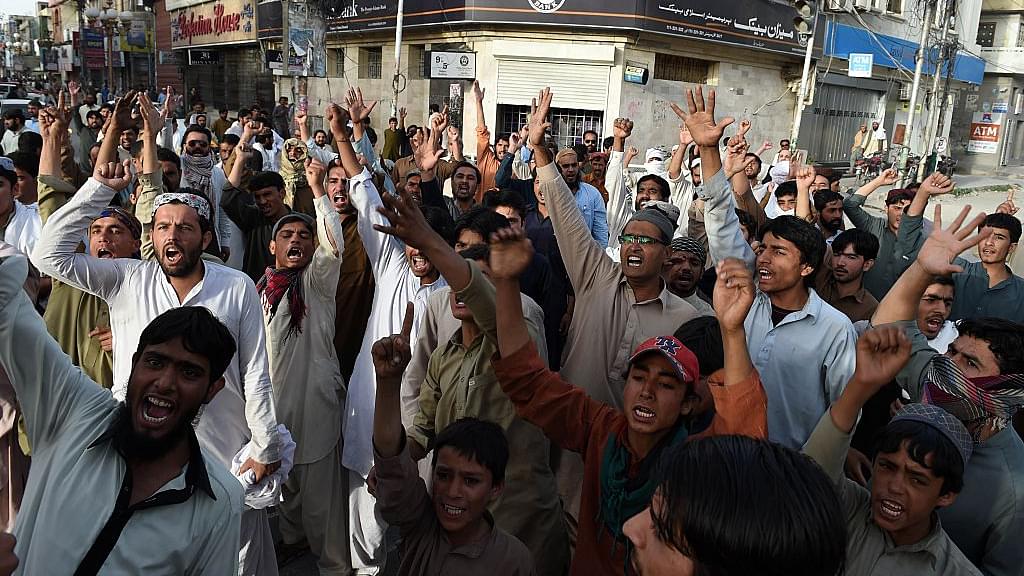 In early April this year, Prof Naila Qadri Baloch conducted a presentation at Observer Research Foundation (ORF) in Delhi. A simmering smolder which has hitherto remained more or less unexposed to geopolitical pressures – either because of Indian docility or Pakistan’s deft foreign policy, or because it was not useful to the West – holds the potential to emerge as a new flash point, largely involving India and Pakistan and a range of external stakeholders like Afghanistan, Iran, the US, China and Russia.

Baluchistan, an independent entity ruled by the Khan of Kalat, was forcibly occupied by the Pakistani army in 1947, violating all international norms of sovereignty and human rights. Since then, it has seen a continuous freedom struggle led by the Baluch National Army, in which thousands of innocent civilians including women and children have been mercilessly butchered by the Pakistani army. Every year, thousands of local civilians disappear. Later, their dead bodies are recovered from the road side with bullet holes in their heads, making clear the fact that they were shot at point-blank.

Tarek Fatah, a Pakistani-Canadian journalist, says that Baluch nationals are dropped in ravines from helicopters. Professor Naila Qadri Baloch mentioned in her presentation at ORF that from 2000 to 2016, 200,000 people have been killed and over 25,000 civilians have disappeared. Of late, the Pakistani army has been committing genocide for the implementation of the China-Pakistan Economic Corridor (CPEC). Unofficial sources claim that all civilians in the range of 50 kilometers on either side of the corridor are being forced to leave or being exterminated. Additionally, Pakistan has also been trying to inject Islamist extremism into the secular cultural fabric of one of the world’s oldest civilizations in Baluchistan.

After the brutal killing of tribal chief Akbar Khan Bugti, the freedom movement has intensified, evident in the protests, armed resistance and long marches by civilians, with strong participation from women and the youth. However, in response, the Pakistan military has strengthened repression and brutalities. On the diplomatic front, Pakistan has intensified its efforts to discredit the freedom movement as an Indian conspiracy, with the Kulbhushan video being the latest in a series of fabricated and concocted evidence. Now, it seems that the time is ripe for India to embark upon some shrewd strategic moves in Baluchistan. With Modi in charge and India being seen as an emerging superpower, expectations are high.

However, one needs to examine why India would invest in the Baluch freedom movement, diplomatically, militarily, morally and economically. Many Indian analysts argue that India should settle the scores of Kashmir in Baluchistan, but there are far better reasons for India to become proactive. In addition to the moral dimension of human rights abuses and killings in Baluchistan, India has many strategic reasons to support the Baluch national movement.

Firstly, Baluchistan is extremely rich in gas, oil and mineral resources which, if explored, developed and utilized jointly with the help of Indian technology, will go a long way in fighting India’s poverty. Secondly, Baluchistan is Pakistan’s soft underbelly as Pakistan’s nuclear weapons are hidden in Baluchistan. Hence, control over the affairs of Baluchistan strengthens India’s strategic position vis-à-vis Pakistan. Additionally, it is immensely important to make Pakistan nuclear-free because of the likelihood of its nuclear arsenal ending up in the hands of non-state actors.

Thirdly, a free Baluchistan will obviate the development of strategic bases such as Gwadar along the Pakistani coast, from Karachi to Bandar Abbas. Fourthly, a free Baluchistan would likely be followed by the freedom of Sindh, leaving Punjab as the lone hostile neighbor. Punjab will be surrounded by the hostile states of India, Baluchistan, Afghanistan and Sindh; hence, it will be very easy to keep the enemy under control. Besides, Punjab will continue to act as a buffer between the disturbances of the North Western Frontier Province (NWFP) and India. This scenario would likely shatter the backbone of transnational Islamist extremism, leaving India with more resources for economic development in a peaceful South Asia.

However, the project has its own complications. India might face opposition from Iran and Afghanistan as Baluch land also lies under the territorial control of Iran and Afghanistan. Secondly, in the light of Indo-US and Indo-Saudi relations getting stronger, Indian influence in Baluchistan might be used by the US and the Saudis to frustrate Iran.

Further, Chinese interests and Russia’s growing friendship with Iran, eager to build its economic and military strength, might lead to the emergence of the Baluch region as a new theater for superpower rivalries. And the absence of an organized national movement, the dominance of tribal leaders with shifting loyalties, the large presence of Afghan settlers and heavy Pakistani repression could all challenge India in Baluchistan. In the process, there are chances that the Baluch people might suffer further instead of gaining anything.

Hence, India needs to pursue a systematic, organized and policy-driven approach. First and foremost, India needs to educate Indians on the issue of Baluchistan. I have come across research scholars in elite Indian institutions possessing no idea of Baluchistan’s location on the map, and youngsters who could become diplomats possess no sound knowledge of the issue. Education and awareness could begin with television programs, courses, seminars and conferences in schools, colleges and universities.

Secondly, India needs to declare in clear terms its diplomatic and moral support in international fora to the Baluch cause. Finally, India should help Baluch rebels develop an organized freedom movement, which involves financial help, logistical support and training – a job which needs an enhancement of our intelligence footprint in the region through coordination between RAW and possibly other such agencies of Afghanistan, Iran and Israel. India has already done that with Muktibahini of Bangladesh and has the ability to do it again. In the immediate future, India could begin with lobbying for a UN declaration against genocide in Baluchistan.

The time has already come and the expectations are high. India needs to pursue a clear, professional and aggressive approach in supporting the Baluch movement. This time, India needs to be consistent and continue the fight until the objective is achieved. India has had a history of flip-flops in Baluch policy. India abandoned the Baluch cause mid-way in the 1970s to woo General Zia, which left the Baluch agitated while India suffered at the hands of General Zia. India needs to come out of systemic nervousness, confusion and timidity. But this requires strong decision-making and resolve at the political level rather than leaving matters to bureaucrats.