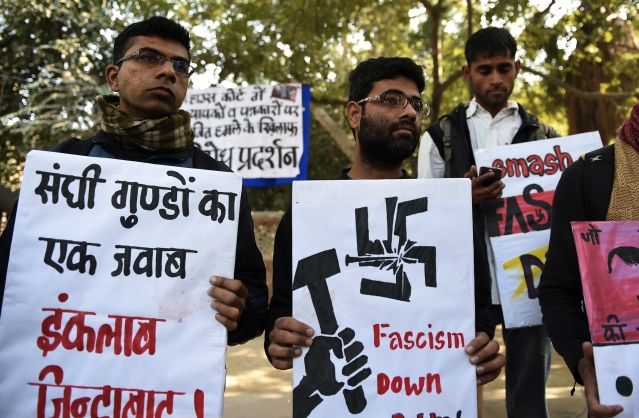 In a world where your choice of pasta can be termed ‘racist’, it’s difficult to discuss nuance. At various points in time, one can be branded right, left, centre or—most devious of all—a poster child of some catchy neologism on prime-time news. The truth is, we are everything and nothing at once. It’s probably incorrect to blame this on our dwindling attention spans although, evidently, it contributes to the conundrum.

Human minds are programmed to classify items. It is an evolutionary imperative that has come to be after many a failed rendezvous with large, many-fanged mammals. It is how we study the world and interact with others of our species, even. Ergo, some of us are hippies or ‘hipsters’. While these names are often ascribed by those individuals external to the group, and often as pejoratives, over a period said group takes ownership of the term.

Take, for instance, ‘nigger’. Although originally used by white Americans in contempt for Africans brought to slave plantations, it has now assumed a cultural standing of its own in the black community. Indeed, the history of African-American music such as R&B or Hip-hop is bereft of its essence without the said term. Closer home, we have proud Bhakts and AAPtards. When some of these terms crisscross geographies, they tend to lose themselves in translation.

Consider, right-wing and left-wing politics (which came to be after the French Revolution) where members of the political class, aristocrats and commoners sat on opposing sides— owing to, in no small part, the hygiene habits of the respective parties. The policies of either were simply grouped, left or right. 200 years since, over 7000 km from its genesis, the use of these terms confounds logic and reason.

Traditional, policies of the Right and Left don’t hold water in India. For example, the Indian Right Wing has sometimes been economically Left with its opposition to FDI and the Indian Left has been religiously Right with its support of the Church. The protagonists of these camps, too, aren’t anything similar. Whatever you might feel about their politics, it is grossly incorrect to compare Narendra Modi to Donald Trump— both said to represent right-wing politics. Even the honourable Mohandas Gandhi would struggle to fit in any distinct pigeonhole.

Therefore, to draw parallels between, say, whatever is happening in Europe with our politics here in India would be depriving either of the true picture. It is not to say there aren’t shared experiences. Nicholas Nassim Taleb, noted economist and thinker, has rightly said that the events in India and Europe are a struggle by common folks against the establishment. But, venturing beyond this theory would prove more perilous.

India is unique. We have never had conflict in chaos. Not even with 300 million gods of varying shapes, forms and dispositions. Diversity doesn’t just mean an uncommon face in a committee— it is a way of life. Then why must our politics be binary? Don’t we merit a more pluralistic outlook to our politics? Why must we bracket ourselves as Left or Right? As Bhakts or AAPtards? Why can’t we be Left, sometimes, and Right at other times? Preferably, neither.

Arguably, right and left-wing politics have outlasted their utility in the West, too. In many debates, when one introduced as a member of the right or left-wing, liberal or conservative, as may be, the commentator often prefaces his speech with caveats that read like the dreaded binomial series. The world is infinitely more complicated now than it was a couple of decades ago; let alone a couple of centuries ago. And we deserve more than petty name-calling.

Fast food politics doesn’t do us good either. It precludes meaningful perspective based on thorough research and contemplation. Its importance is manifold in the digital age where spheres of influence are wider and information, more porous. As it stands now, we have more credible opinions on funny cats or delicately served entrees. Culture and politics are intimately intertwined. So, it matters how you speak about either experience.

Time to draw new lines. Maybe, none at all.