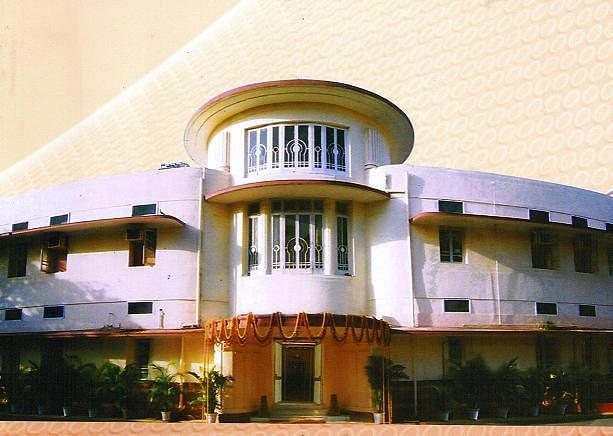 Upper age should not be a criterion to apply for the Civil Services Examinations.The filters for the job should be based on talent, knowledge and capability.

The Department of Personnel and Training (DoPT) in India has decided to continue to keep the age limit for Civil Services Examination (CSE) unchanged for Scheduled Castes (SC), Scheduled Tribes (ST), Other Backward Classes (OBC) and unreserved category from what is it currently. “The Group of Ministers at its meeting held on 16 December 2013, while accepting the age of entry in the CSE to be 21, discussed the upper age limit and decided to go by the recommendations of the Core Group on Administrative Reforms, which is 26 years for the unreserved category, 28 for OBC and 29 years for SC/ST, and two years additional for physically challenged candidates in each category,” said the DoPT statement.

The GoM further decided to reiterate its earlier decision regarding the number of attempts i.e. three for unreserved candidates, five for OBCs, six for SC/ST candidates with additional two attempts for physically challenged candidates in each category. It was decided to implement these provisions from CSE2015.

“The above mentioned decisions were noted for record and further necessary action. However, before any action in this regard could be taken, the government further took a decision on 7 February 2014, to allow two additional attempts to all categories of candidates with effect from CSE 2014, with consequential relaxation of maximum age for all categories of candidates, if required,” said the statement.

The DoPT has, however, increased the number of attempts for these examinations by two for all.

Based on the clarification published by the DoPT, the demand to decrease the age limit and increase the number of attempts was made by the Administrative Reforms Commission (ARC). In its 10th report titled “Refurbishing of Personnel Administration – Scaling New Heights,” the ARC had recommended permissible age as 21 to 25 for general candidates, 21 to 28 for OBCs, and 21 to 29 years for SC/ST candidates as also for the physically challenged.

Though DoPT has refused to reduce the age limit, there is no rational or statistics published in support of the decision taken. Skipping the discussion on age-limit by reservation, one could question the very existence of age limit to appear for the CSE. Putting an upper age limit on appearance for examination or any learning opportunity is constitutionalised discrimination. Students typically finish the 12+4 education by the age of 21 or 22. This is assuming they are able to complete their first 18 years of education unhindered. This might not always be the case. Situations like accidents, ill health, family constraints, and economic conditions play a big role and, more often than not, it would be safe to add a standard deviation of two years to this number.

Further, some who apply for advanced study programmes to seek a Masters degree or PhD would need to add at least 2-5 years to this. Assuming that a person is able to complete all his education without gaps, this would bring their age to somewhere between 24-27 years. So, how did ARC come up with a recommendation of capping the age of applicants in open category to 25?

Such decisions are probably taken without analysing empirical data that could reflect the ground reality. The upper cap on age is unfair in every way one can possibly think of. Anyone who does not make a decision to apply for CSE by 29 years of age (assuming one needs a year to prepare and apply) has practically lost the opportunity for the lifetime. The bureaucracy that is the backbone of everyday affairs in India is deprived of talent just because a potential candidate thought of joining the civil services a little late in his early career.

The system not only loses out on good candidates but also on people who would have otherwise joined the system as bureaucrats with much more experience, expertise and exposure. Such individuals in every capacity would be able to contribute more to the system. Removing the application age limit will let some fresh air in some or most of the incapacitated alveoli of the bureaucratic lungs. The system will be able to breathe and function more flexibly.

A person can wish and intend to do anything at any age. The filters for the job should be based on talent, knowledge and capability. Upper age should not be a criterion unless there are physical capacity constraints for a job in spite of reasonable accommodation. Age bar in case of the CSE’s published note is preposterous.

Some of the research-oriented and innovative nations have been able to achieve what they have as a result of flexibility they offer to their citizens to make choices they are passionate about. Any person at any age can appear for any number of examinations as deemed fit in these countries. Discrimination based on age is strictly discouraged and is punishable under almost all organisational laws in countries like the US.

And why are there no age limit caps for politicians taking ministerial berths? The argument that the young would not get as many jobs if the cap is removed is erroneous. In developing countries, only ~25% of jobs are created by the public sector. About two-thirds of the jobs are created by the private sector. If more and better professionals enter the 25% public sector space, it will ensure a better growing environment for the other 75%. Jobs for the youth in such an environment will not shrink but grow along with better quality of contributing opportunities.

India does not even feature in the Global Competitiveness list among the countries in Asia-Pacific per the World Economic Forum’s global competitiveness report of 2014-2015. I think this is a cause of concern if India is at some point planning to become an important entity in this region. One of the attributes would be the agility to innovate and change direction. The ARC must reconsider its suggestion based on the current global competitive scenario. Further, DoPT needs to put its own rationale together before continuing with the age old British time practice.

I wonder if there is any quality empirical data available let alone one being used to make such decisions. Time has changed since the British left us their systems for use. There is need for constant innovation. If we continue blocking talent into the public services, there might be nothing stopping the need to privatize most sectors sooner or later. Maintaining competitiveness in public sector is possibly the only way to ensure its relevance in the near future.