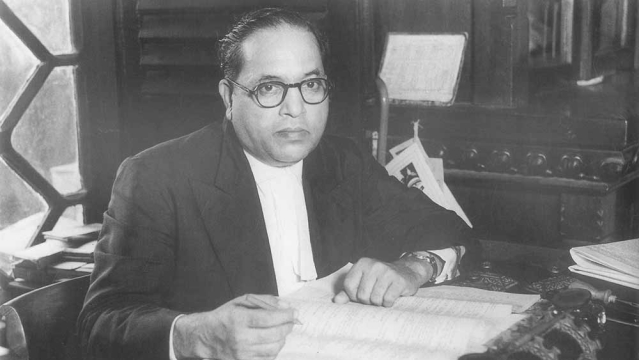 Ma Venkatesan, or ‘Ma Ve’ as he is fondly called, burst upon the intellectual and political landscape of Tamil Nadu with his book on EV Ramaswamy Naicker in 2004. When I met him months later, I had imagined Ma Ve to be an old man who had spent years going through the history of the Dravidian movement. It was a pleasant surprise to see a young man in his early thirties instead. But Ma Ve had indeed mastered the detailed history of the Dravidian movement.

I still remember the day I went to his house in Triplicane in Chennai. A bibliophile, I stood in envy of the huge collection of books which he had painstakingly gathered. There were rare documents and books now out of print – a precious archive of the political history of Tamil Nadu. His book The Other Side Of EVR became an instant bestseller. It was a combination of fine scholarship and dignified political rhetoric.

But Ma Ve had greater goals than deconstructing EVR, which of course was no small achievement itself. He had put many Dravidian ideologues on the defensive, so much so that they often avoided him in television debates. When he goes to a talk show, Ma Ve does his homework. He has the data – the most guarded secrets and the ideological weak points of his opponents. He is a demolisher par excellence. Dravidian ideologues often end up abusing him verbally or challenging him rhetorically but never empirically.

All this would come later. When I met him the first time, I learnt more about Dr Ambedkar in three hours than I had in thirty years of reading. Ma Ve patiently answered my questions and doubts. What was supposed to be a casual conversation between two individuals became a great excursion into the alternate history of Hindutva. Ma Ve showed how the scheduled communities (SCs) have contributed crucially to the evolution of Hindutva, its cultural and spiritual dimensions.

He talked about Madurai Pillai, a Paraiyar community entrepreneur who operated mercantile ships and commanded a business empire. “Did you know that he even commissioned an entire printing press to publish the devotional hymns of Saivaite saints in Tamil Nadu?” Ma Ve asked. No. I did not know. “And the so-called progressives call us the ‘depressed broken people’?” he asked.

He pointed out that Dr Ambedkar and Rettaimalai Sreenivasan, a great social reformer from Tamil Nadu, wanted the name ‘reform Hindus’ or ‘Protestant Hindus’ for SC members. Ma Ve told me that there are many spiritual savants from SCs who had obtained Jeeva Samadhis and that their Samadhi temples are worshipped to this day by Hindus of all communities. However these are not well documented.

Our conversation turned to Dr Ambedkar. I wanted to know Ma Ve’s opinion on Arun Shourie’s book on Dr Ambedkar. I personally considered the book to be one of the worst books written by Shourie. Ma Ve confirmed that. But for Dr Ambedkar joining the Viceroy’s committee during the Second World War, India would have lost bitterly during partition in terms of the demographic siege of undivided India’s army by pro-Pakistani elements.

For more than a decade, our friendship has continued. In this, I have been a great beneficiary. Ma Ve is not the type to enter the idle world of air-conditioned room academics, parroting party lines about Dalit empowerment. On the contrary, he is always part of the organic and dynamic process of democratic evolution that is happening in the Hindu society. He combines the spirit and heart of both Swami Vivekananda and Dr Ambedkar. As an entrepreneur himself, he started ‘Hindutva publications’, before entering politics in order to empower the entire Hindu society and make it free of that disease of the mind – caste. His most recent book, Hindutva Ambedkar, has become another bestseller.

The title in itself is a shocker for Dravidian and leftist ideologues. They have been portraying Dr Ambedkar as the mascot for their anti-Hindu hate agenda. So the question which naturally arises in the minds of people is how Dr Ambedkar can be given the adjective ‘Hindutva’, as he categorically stated that he would not die a Hindu. Some critics ventured to guess the contents of the book as soon as the title was announced. “Dr Ambedkar was against Gandhi and that should have been the common point for the Hindutva agenda in appropriating him,” one critic said. “Dr Ambedkar had some strong anti-Muslim views. The author should have used that to project Ambedkar as a Hindu nationalist,” said another.

But when the book came, all speculative criticism was proved wrong. The book explores the historical and cultural context in which Dr Ambedkar worked. It explores the political background of contemporary individuals who supported him and who were appreciated by him. It reviews Dr Ambedkar’s criticism of Smriti-based Hinduism in the light of his strong pro-Upanishad views.

In an exclusive interview to Swarajya, Ma Ve talked about his book and his own sociopolitical vision, rooted in the thoughts of Dr Ambedkar.

From The Other Side Of EVR to Hindutva Ambedkar, can you briefly tell us about your own journey?

As a student who grew up in a campus dominated by the Dravidian ideology, I found a difference between the political ideology preached on campus and my own personal experience. For example, we were told that all Brahmins were anti-Dalit and that they were against our social empowerment. However, I have been helped by individuals of the Brahmin community without prejudice. They never saw me as a non-Brahmin or themselves as Brahmins; they saw us all as fellow Indians and helped us in our education. And they belonged to the RSS (Rashtriya Swayamsevak Sangh). So when my own personal experience and the dominant political discourse to which I was subjected differed, I decided to do my own research on history and find out things for myself.

So where has that research taken you?

Well, it busted a few myths which even I believed in, which made me give credit to the Dravidian movement and its precursor, the Justice Party. It was our own leader MC Rajah who had toiled to make SC students get admission in the famous Pachaiyappa College. Yet, we are fed a regular lie that it was the Justice Party that worked towards that end. Do you know that MC Rajah was a close friend of Hindu Mahasabha leaders Moonje and Lajpath Rai?

And whenever Dravidian party leaders fell out with each other, they always resorted to speaking ill of the other person’s caste. EVR himself was no great lover of the SCs. He was always opposed to SCs discovering their cultural strengths. Instead, he wanted us to be depicted as people who had no glorious past and portrayed land-holding non-Brahmin communities as our saviors.

You subscribe to the RSS ideology and Dr Ambedkar is your icon. But was Arun Shourie not a critic of Dr Ambedkar? He was hailed until recently as an eminent intellectual in Sangh circles.

Let me illustrate my point. The original cabinet of the Viceroy during the Second World War had no SC member. Dr Ambedkar asked the Viceroy to have an SC member in his cabinet. Another Indian leader sent a telegram to the Viceroy to appoint Dr Ambedkar himself. Who was that leader? It was Veer Savarkar. How would Shourie explain that? Perhaps, having joined the pseudo-secular bandwagon now, he might denigrate Veer Savarkar as well. I do not know.

Now to the next part of your question: if you notice, most political parties started embracing Dr Ambedkar only in the late 1980s or in the 1990s. It coincided, not accidentally, with the globalization of the Indian economy. It may be possible that the ‘Breaking India’ forces saw in the superficially anti-Hindu views of Dr Ambedkar a way to fragment Hindu society.

Take the Marxists for example. Dr Ambedkar had stated that Marxism was a failed concept which never recognized a human being in all his dimensions. He was against the expansion of Marxism. He wanted India to join the US-sponsored SEATO (South East Asian Treaty Organisation) against Marxist-Maoist expansion in Asia. Marxists also bitterly criticized Dr Ambedkar. Rahul Sankritiyayan wrote that Dr Ambedkar just wanted the SCs to become another bourgeois and that his vision never exceeded that idea – which is a lie.

RSS, on the contrary, always stood by Dr Ambedkar. In fact, some of the glorious achievements of the RSS were derived from the advice of Dr Ambedkar, like the resolution against untouchability by the traditional Math heads in the 1960s – something which was unthinkable then.

There is a charge against your book that it is based solely on Dhananjay Keer’s biography of Dr Ambedkar, which again was said to have a pro-Hindu Mahasabha bias.

If there is one biography of Dr Ambedkar, of which 80 percent of the draft was checked and approved by Babasaheb himself, it is Keer’s biography. In fact, Keer, who himself came from a coastal community, was closer in spirit to the heart of Dr Ambedkar than many of today’s neo-Ambedkarites. So there is nothing wrong in using Keer’s work.

At the end of every chapter, I have given references from the complete works of Babasaheb Ambedkar and I have used a total of 13 books, some of which are published by virulent anti-Sangh intellectuals. So the book does not depend on, and is not derived from, one book or source – unless the source is Dr Ambedkar himself.

You have also talked about some of the key colleagues of Dr Ambedkar. Were they Hindu nationalists?

Yes. Swami Shardhanand, Sitaram Keshav Bhole, Jayakar and NB Khare – some of Dr Ambedkar’s most valued comrades in the fight against caste and untouchability, whom he highly respected – were Hindu nationalists. They all believed in Hindu Sanghathan (Hindu unity). In fact, Dr Ambedkar’s Annihilation Of Caste itself should be seen as a manual for Hindu Sanghathan, as Dr Ambedkar himself states explicitly in the book.

Even his initial benefactor, the king Sayajirao Gaekwad, was for Hindu Sanghathan. When the Nehru government charged Khare in the case of Gandhi’s assassination, Dr Ambedkar made it a point to meet Khare and invited him to his house, thus issuing a strong statement against the pseudo-secular untouchability against Hindutva.

So who is the original Ambedkar?

There is a simple test. Take this book of mine, Hindutva Ambedkar. Include into its pages all the criticism that Dr Ambedkar had levelled against Smriti-based Hinduism. The book will still strongly portray the nationalist nature of Dr Ambedkar. But in all the books which describe Dr Ambedkar as anti-Hindu and in the Marxist appropriations of Babasaheb, you cannot include these aspects of Dr Ambedkar. They had to hide these aspects. So what I have presented in the book is a holistic portrait of a great son of Mother India.