Book Excerpt: Why India Decided To Develop Its Own ‘GPS’, The NavIC, And The Challenges It Faced 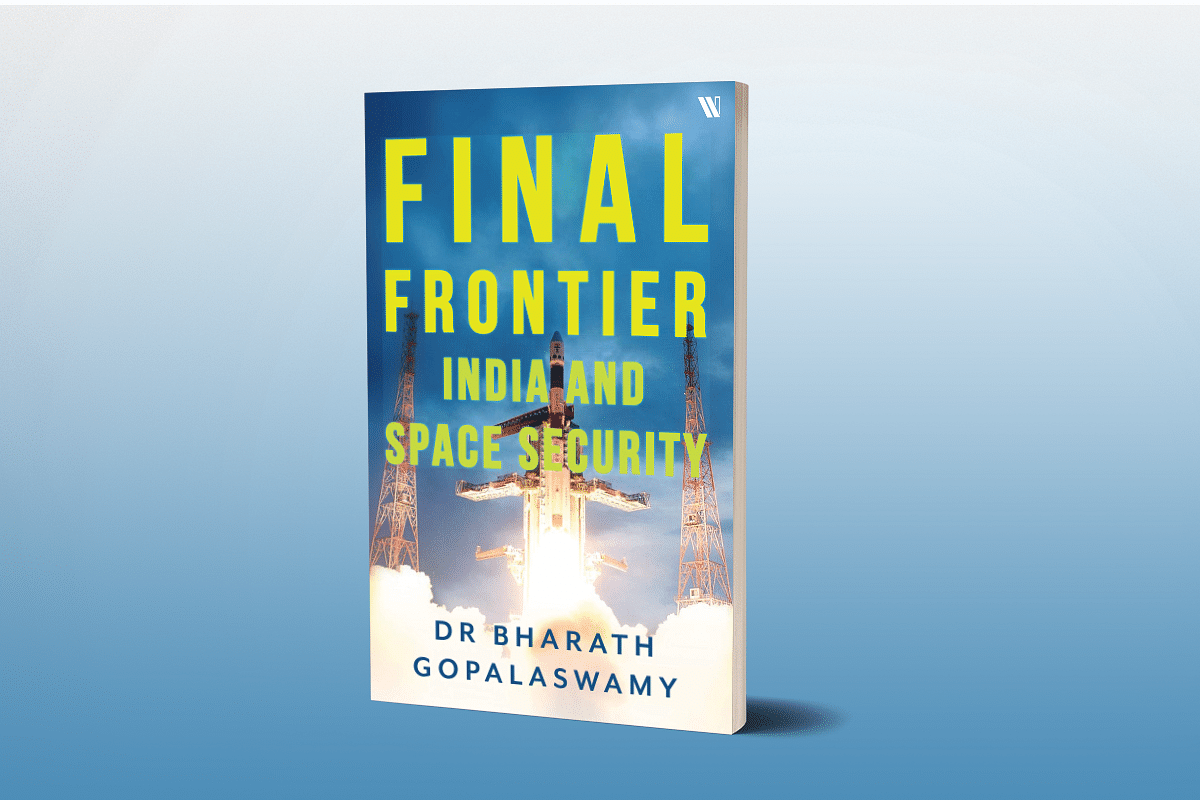 cover of the book.

Space-based Positioning, Navigation, and Timing (PNT) capabilities are essential for the functioning of any modern military, and for several civilian services as well.

They have been a strategic asset for more than two decades, as the planning and implementation of military operations in all three domains — land, sea, and air — rely on accurate information from a space-based PNT system.

The Global Positioning System (GPS) of the US Air Force was the first global PNT system to be deployed, and remains one of the most popular.

The Russian-made Global Navigation Satellite System (GLONASS) is the only other system in the world currently capable of providing accurate PNT services.

The Indian military has been completely dependent on foreign Satellite Navigation Systems (SNS) for PNT information. However, relying on foreign SNS systems during a war is a risk — there may be an interruption of services, or a lack of data with the accuracy levels needed for military use, and other political and strategic factors may come into play.

For instance, the United States is not committed to the uninterrupted use of GPS services by India during a war, which could be a major concern for the Indian military.

Although there is no official record, it is reported that such a situation had occurred during the 1999 Kargil war between India and Pakistan, when the United States had denied India access to GPS data in the region, which might have provided ‘vital information’ for the Indian military to act on. The Indian government turned to the still-to-be-developed European Galileo SNS, negotiating that it would contribute to the system in exchange for data with military accuracy.

However, these talks had failed when India voiced its concerns about the availability of this data to other nations and individuals, as well as Chinese funding, and cooperation with the project.

The Indians finally approached Russia about sharing uninterrupted data from its GLONASS system. While Russia agreed to give India GLONASS data with accuracy appropriate for military use, it did not provide India the ‘precision codes’ required by precision missiles and weaponry.

Under these circumstances, India found it prudent to build its own space-based navigation system for accurate and uninterrupted PNT data.

The Indian Regional Navigation Satellite System (IRNSS) project, named NavIC by Prime Minister Narendra Modi, was approved by the Congress government in May 2006.

The project’s objective was to set up a constellation of seven satellites over the Indian mainland and the Indian Ocean region, to provide PNT capabilities for both civilian and military uses.

In addition, the Indian government sanctioned the setting up of an indigenous Satellite-Based Augmentation System (SBAS), GPS-aided GEO Augmented Navigation (GAGAN), with an intent to use data from the GPS network, but increase its accuracy for a variety of functions, such as landing in difficult weather and, possibly, missile targeting.

The IRNSS is a constellation of nine satellites, with seven operational and two as backup. These satellites were launched by India’s indigenous PSLV launch vehicle with an aim to provide the Indian military, as well as civilians, with a regional navigation and positioning system more accurate than the GPS.

The IRNSS provides two services — a Standard Positioning Service (SPS) that is available to civilians, and an encrypted Restricted Service (RS) available only to the military.

It aims to provide services over the Indian mainland, as well as 1,500 kilometres beyond it, which means that IRNSS will lend India with PNT capabilities in the Indian Ocean region, including some parts of Australia in the south, while covering a majority of China and Southeast Asia.

The IRNSS programme is also the second programme, after the Galileo, to use a messaging-interface facility embedded into its satellites.

This feature comes into play when a command centre wants to send a warning signal to a particular geographic area, such as cyclone warnings in coastal zones.

The first satellite of the IRNSS programme, the IRNSS-1A, was launched into geosynchronous orbit on 1 July 2013. Over the next three years, ISRO launched the remaining six satellites, named IRNSS-1B to IRNSS-1G, into orbit using PSLV vehicles.

Once the initial constellation is complete and operational, ISRO intends to increase it to eleven satellites, to improve the system’s range and coverage.

The ground system of the IRNSS is controlled by the ISRO Navigation Centre (INC), which is responsible for the collection of data from other stations and, along with the IRNSS Spacecraft Control Centre, is tasked with remote operations on the satellites.

Currently, there are fourteen IRNSS Range and Integrity Monitoring Stations (IRIMS) that are functional and assisting the constellation’s functions.

However, as recently as January 2017, the ex-chairman of ISRO, A.S Kiran Kumar, announced the failure of all three atomic clocks on-board the IRNSS-1A, which had commenced mid-2016.

The satellites were using only one of the three clocks, with two kept in reserve, in an attempt to increase the satellites’ lifespans. However, the constellation was kept running despite the unreliable data from the IRNSS-1A, with a substitute satellite, the IRNSS-1H, launched in August 2017.

The failure of the clock on-board the IRNSS-1A wasn’t the first time — neither ISRO nor the ESA determined if the manufacturers were responsible for the malfunctioning of the clock.

In January 2017, this was deemed to present a major threat to the operations of the IRNSS, as the remaining six satellites in the constellation had the same rubidium clocks deployed on board.

There were reports at the time suggesting that the four other clocks had also started facing problems, although ISRO made no formal announcement to the effect.

Restarting some of these clocks could have been a possible solution for ISRO, but there was no surety if that would have resolved the problem.

The IRNSS-1H was intended to serve as the replacement for the IRNSS-1A, and was launched on 31 August 2017. For the first time in more than a decade-and-a-half, a launch via the PSLV vehicle failed and there was an all-around worry whether privatisation of the launch-vehicle manufacturing had caused the collapse.

However, the then ISRO chairman had stressed that the first three stages performed their functions successfully, indicating that the issue was not with the launch vehicle.

Reports suggest that the clock manufacturer, Spectracom, had updated the rubidium clocks deployed on the IRNSS-1H, to avoid encountering the same issues faced with the previous clocks.

Later, ISRO claimed that the IRNSS constellation was functioning well, despite the IRNSS-1A providing coarse data due to the clock failure.

According to ISRO officials, currently all other functions of the constellation are performing without any issues, which is a promising sign for India’s goal of having an accurate, indigenous, regional-navigation system for dual use by the military and civilians.