Bound By Land And Hate: How The Economics Of West Bank Settlements Can Give Peace A Chance 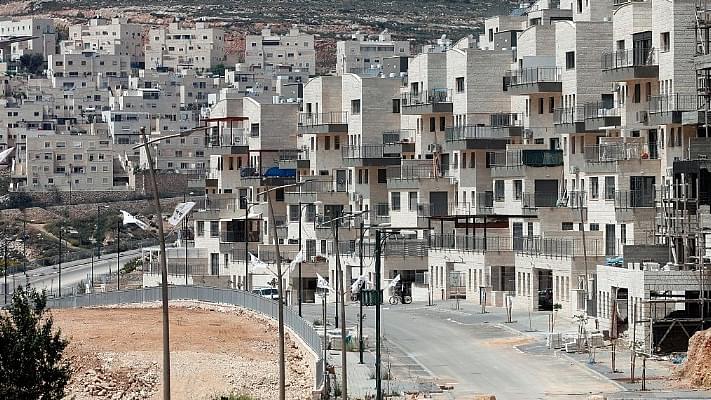 Author Sara Yael Hirschhorn makes the counter-intuitive argument in City on a Hilltop: American Jews and the Israeli Settler Movement that American Jews who made aliyah to Israel and went to live beyond the Green Line did not do so out of messianic zeal but as halutzim – pioneers – in the Holy Land. The overwhelming majority were liberals, whose politics was shifted by experience in Judea and Samaria, especially the intifada. Yet these settlers number only about 60,000 – some 15 per cent of the total, excluding the Jerusalem metropolitan area. What motivated the other 540,000 Jews living in the West Bank to move to the middle of nowhere? A new volume edited by Ariel Handel, Marco Allegra and Erez Maggor, Normalizing Occupation: The Politics of Everyday Life in the West Bank Settlements, argues that most Israeli settlers do not partake in the ideology of the settler movement either but are driven by more quotidian considerations such as real estate prices, and the commute between home, office, market and school.

It should be stated at the outset that the authors do not believe that ideology has had no role to play in making settlements attractive to Israelis. Rather, their argument is that bureaucrats, real estate developers and employers created secular conditions in territories beyond the Green Line that attracted large numbers of Jews, who had not been persuaded by the Gush Emunim. To paraphrase Michael Billig's depiction of contemporary nationalism, the actions of the subjects of Normalizing Occupation could best be described as banal 'settlerism'.

The proliferation of settlements, Danny Gutwein argues, is partially due to the dismantling of Israel's welfare state since the late 1970s and the corresponding privatisation of the Israeli economy. The economically lower classes were compensated in a manner for their loss of welfare by the availability of cheap housing, schooling, lower taxes and other material amenities beyond the Green Line. When the Likud Party came to power in 1977, there were about 5,000 settlers; a mere nine years later, that number had increased ten-fold. Today, that number has increased yet another ten-fold to approximately 500,000 settlers. Thus, Gutwein argues, just as the occupation created settlements, privatisation created settlers.

Such economic and demographic change has naturally brought with it political change. For example, the Shas Party is known today to be one of the fervently religious and hawkish groups in the Knesset, drawing its support mainly from lower and lower-middle class Mizrahim. In 1992, however, its leader, Rabbi Ovadia Yosef, gave religious sanction to an Israeli withdrawal from the territories that had been occupied in the Six-Day War. Ten years later, the party revoked that ruling as its support base had largely moved to the new settlements.

According to David Newman, even the Gush Emunim could not survive entirely on its ideological platform. He writes, "the earliest settler leaders were always conscious of the fact that in order to succeed, they had to seek a balance between their ideological and political objectives on the one hand, while working with the state system of planning and development on the other." The movement registered its success partly due to the ability of its leaders to superimpose their ideology on the process of rurbanisation and suburbanisation that was going on in Israel at the time. The pioneering spirit in the immediate aftermath of the Six-Day War had disappeared by the mid-1980s and settlers would now need to be enticed by the amenities of modern (sub)urban life.

This is a bold statement, given that many historians of Israel and the Middle East agree that the Bloc of the Faithful almost single-handedly changed the history of the region. Admittedly, Gush Emunim dissolved in 1984, barely a few years into the dismantling of the welfare state, but its ideology has lived on through to later groups. It has also been politically expedient not to play up the economic motives for settlements because material causes could theoretically be made up upon relocation to Israel proper whereas even insincere ideological reasons are harder to pacify.

Israeli rurbanisation and suburbanisation have succeeded so well that a full third of the settlers do not view themselves as living in settlements. This is particularly true of those in neighbourhoods around major Israeli metropoleis like Tel Aviv or Jerusalem. Inhabitants of Ma'ale Adumim, for example, are a stone's throw away from central Jerusalem and easy access by way of transportation and utilities have blurred the reality that the neighbourhood is technically beyond the Green Line and few Israelis would even recognise these as settlements. Ironically, residents of Ma'ale Adumim are more worried about a Haredi invasion of their neighbourhood than a Palestinian one, fearing that an Ultra Orthodox demographic would force a change in their lifestyle. In fact, Allegra believes that the debate over the reversibility of Israel's settlements in the West Bank is less over the iconic Har HaBáyit and more over the "facts on the ground" created by Israel in metropolitan Jerusalem.

Ideology alone does not make settlements bloom and though economic incentives are a strong motive, it does not provide psychological succour in the long term. This is an overlooked and underappreciated aspect of settler behaviour whose parallel can be found in the unrelated scenario of workplace fraud. Called the fraud triangle by psychologists, the theory is that even trusted employees will commit fraud if they have three things – need, opportunity, and the ability to rationalise their behaviour.

The rising cost of living and the collapse of the welfare state becomes the need, the encouragement by the state and organisations like Gush Emunim provide the opportunity, and the ability to rationalise is aided by removing the process from the mind. This essential third component is achieved by cartographic aggression – as Miki Kratsman and Ruthie Ginsburg describe, the Arab names of places are replaced with their Hebrew equivalents on maps and street signs. El-Carmel becomes Carmel and Na’alin becomes Na’aleh.

It is also achieved by building settlements to resemble proper Israeli towns and cities such as Modi’in, Rishon LeZion, Carmiel, Rosh HaAyin, Netanya and others. Gone are the sprawling individual houses of the halutzim; in their stead stand apartment blocs, avenues, shopping malls, and scenes from any crowded metropolitan city. If Modi'in Illit looks just like Modi'in and stand side by side, then surely they are both just Modi'in. Of course, from a strategic standpoint, it is much harder to demolish apartment buildings than it is individual houses.

Despite a stellar analysis of material modes of settlement, the editors do not consider what transformation might occur in settlers after moving across the Green Line. As Hirschhorn showed, liberal immigrants with idealistic notions turned over time into shockingly aggressive, angry and expansionist. Jewish terror began in the settlements as inhabitants found the Army too passive and the politicians too meek to respond "appropriately". Does the same phenomenon apply to economic migrants? If material benefits motivated them to cross the Green Line, would material loss persuade them to cross it back? Does their economic rationality make them less adamant in negotiations? These are several questions that immediately come to mind as one reads this collection of essays. By only following settlers from Israel into the West Bank but not staying with them a little longer, it feels like only half the story has been told.

Normalizing Occupation does not argue that ideology is passe but that the situation is no longer monochromatic, if it ever was. It underscores the power of banality, already noticed by Aristotle, Pierre Bourdieu, Hannah Arendt, Michael Billig and others. Yet Normalizing Occupation also gives hope: if settlers are not uncompromising religious zealots and are swayed by material incentives like everyone else, it might be possible to negotiate and the peace process in the Holy Land may yet have a chance. Handel et al persuade the reader to reconsider preconceived strategies and mechanics of disengagement and is a vital contribution to the understanding of two people bound by land and hate.