‘Democrazy’: Being An Argumentative Indian Is An Unmitigated Disaster 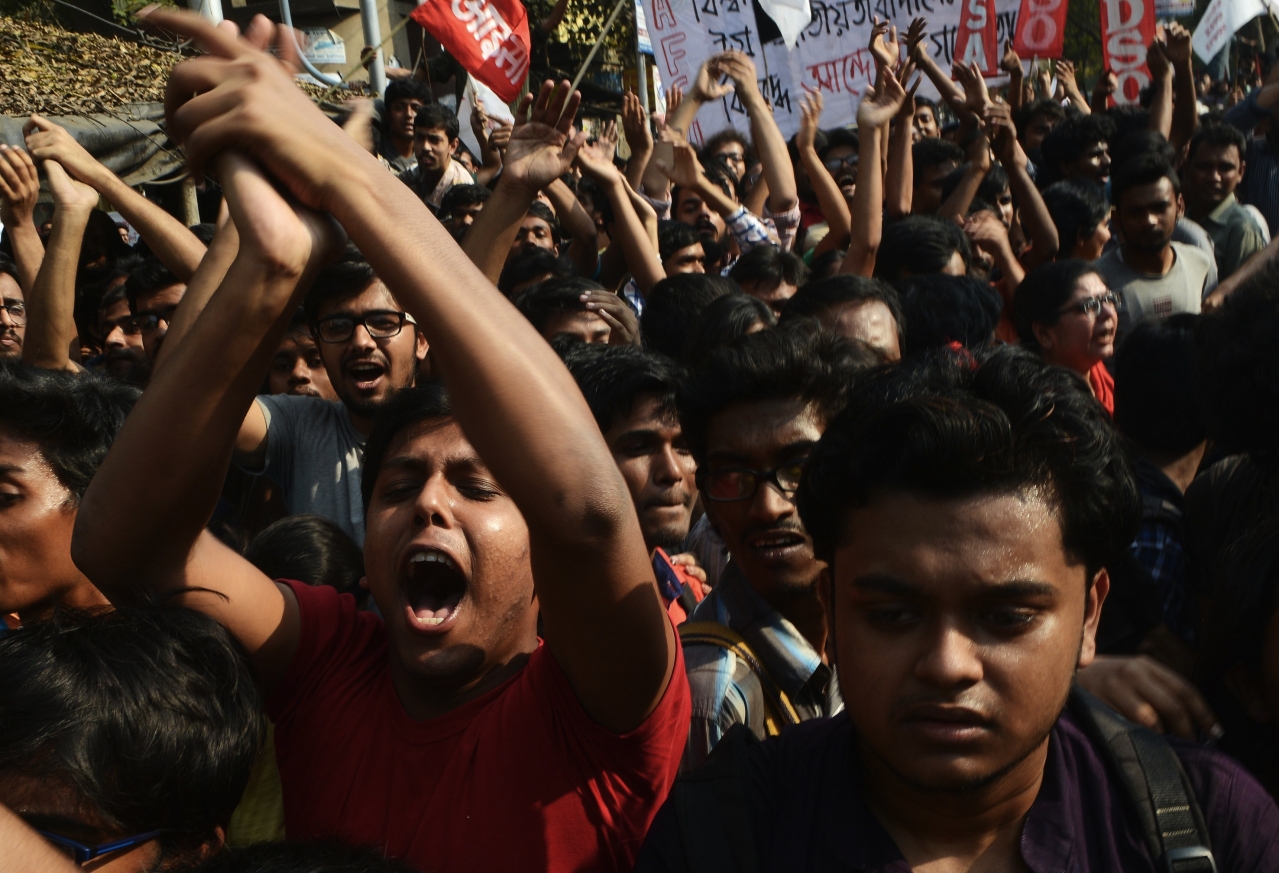 Ever since Amartya Sen wrote his book on “The Argumentative Indian”, we have taken unholy pride in this debatable – if not wholly wasted - strength of Indian democracy from ancient times. The problem is not the idea of argumentation itself, but what we have reduced it to. Our argumentation is about a battle of egos, point-scoring, putting down others, and not agreeing on anything. And usually, the argumentation is never about things that matter to ordinary Indians.

You only have to look at the barely civil duels our political class engages in, both inside and outside parliament, our vacuous shouting matches on TV channels, our twitter abusathons, or even our school and college elocution competitions. What you see or hear is not the argumentative Indian keen to engage with ideas and thoughts, but the deaf Indian, driven by ego and hubris to rubbish others.

The point is this: if the purpose of argumentation is not to come to a better solution or compromise, assuming there are strong points on either side, then we are better off with as little of it as possible. Show me one major argument that has ever been settled through civil compromise after heated discussion, and I will gladly concede I am wrong. When we do see forward movement, it is because one side is weary, or does not have the numbers to block the other, or is forced to acquiesce due to the other’s superior power, or is secretly afraid that arguing the opposite will cost him dear.

This is how bad laws get legislated: laws like the Food Security Act (basically a plan to subsidise two-thirds of Indians when only half as many may be “poor”), the Right to Education Act (what right, what education?), the Land Acquisition Act (the right to receive four times the “market price” for land without establishing a market for land in the first place). There are no debates on critical issues, for opposing bad ideas are thought to be vote losers. There is never an argument against bad ideas.

Even on things where there should be agreement, like the President’s address to parliament, which largely comprises motherhood statements, there is discord; and if good suggestions come from the opposition, they will largely be rejected. Reason: if you can embarrass me just because of your power in the Rajya Sabha, I will not acknowledge your concerns when the Rajya Sabha is irrelevant to the passing of a bill (Eg, Aadhaar).

Then we have vacuous debates on the “Idea of India”, “secularism” and “nationalism” without defining what we mean by these terms. Can there be one Idea of India for 1.25 billion people? In any case, can we define this term in such a way that it does not exclude anybody, including parties subscribing to the Hindu view? After all, if the Idea of India is inclusive, and parties with “Muslim”, “Christian” or “Dalit” stamped all over them can be brought under this tent, why not the BJP or RSS?

Ditto for “secularism” or “nationalism”. Can we argue what it means to be secular or nationalistic without even defining these terms? If, like Humpty-Dumpty, each party can use words to mean exactly what they “choose it to mean – neither more nor less”, where is the basis for dialogue or argumentation? If, by communalism, the Congress means the BJP, and if by “anti-national” the BJP means the Congress and the Left (and JNU, of late), what is there to argue about? We all know what these words are meant to mean when they are uttered by the relevant people. These words have no independent meaning that everybody can relate to. They are nonsense.

Little wonder, we talk at each other than talk to each other. We are not talking the same language using words that mean the same to all of us.

If secularism is about the state being neutral to your religious identity, it should not matter if religious identity is important to a party or not. A party will be judged not on whether it is “communal” or “secular” but whether it is following the law of the land. If we believe in “free speech”, and then use it to mean only one kind of free speech, how is it “free” speech?

I am not arguing against the idea of argumentation itself, for arguments are vital to a democracy, but any debate has to be conducted to rules.

The giants of our past, from the Vedic rishis to the Buddha to Mahavira to Adi Shankara, argued a lot among themselves, and they did not mince words. But they argued on the basis of fair rules, and when they lost, they had the grace to accept defeat and agreed to take another path. When Adi Shankara argued with Mandana Misra, the arguments are said to have taken place over months, and after Misra lost, the argument went on between Adi Shankara and Misra’s wife. But when the arguments ended, both Mandana Misra and his wife Ubhaya Bharati, who was no less learned than her husband, became followers of the exponent of Advaita.

Even though it seems likely that the challenge of Buddhism and Jainism brought the Argumentative Indian to the fore, we are probably overstating the extent of argumentation going on. If one looks at Indic philosophy and thought, they seem more the results of contemplation and introspection and intuitive understanding of truths than just argumentation. They seem more about listening and learning than mere argumentation.

For argumentation to be worth the candle, it can only be productive if we agree on the rules, preconditions and fundamental premises. Among these would be the following:

One, do the arguers respect one another before they start arguing? If they do not, the argument will result in a personality clash.

Two, do they accept that the other party has no mala fide intent in pursuing an argument. The second point is as important as the first, for if you believe someone is not arguing out of a legitimate concern, you cannot concede a point or compromise. The India-Pakistan argumentation over Kashmir falls in this category. Neither party concedes the legitimacy of the other’s position. The talks are for optics, not a solution.

Three, are both debaters willing to let go of their initial positions, or at least agree to a compromise, as the argumentation proceeds? If the answer is no, there is no point in argumentation.

Four, are both participants aware that arguments are as much about emotion and ego than just ideas and reasoning? Very often some parties see their position as rational, forgetting that humans are often “irrational” and emotional. Not giving space to emotion in argumentation will lead to disagreement and disengagement.

It is also an established fact that we tend to agree more with people we like and less with people we don’t even if the latter has better arguments. Without understanding and acknowledging the importance of our human emotions, “rational” argumentation is futile. This is why political personalities seldom find it easy to work with each other, as they hate each other as humans.

Five, can both parties agree to a referee? Referees are important both to prevent undue mauling of one individual and call out foulplay. They can also call for timeouts when arguments become too heated to be meaningful.

Six, if neither party is convinced of the other side’s arguments, can they then agree on empirical experimentation to see who may be more correct? This method is particularly important in politics when we discuss contentious debates like quotas and reservation, food security versus cash transfers, etc. There can be strong points on both sides, but pilot projects enable a point to be established (or disproven), so that the argument can be settled better, and without rancour. Most of Indian politics is about arguments without experimentation and data and experiments. Little wonder, we cannot agree on anything.

If we don’t agree on rules and premises and experimentation, it is best not to argue. For argumentation without the willingness to listen and rethink your position is a dialogue of the deaf, and can only add to bitterness.

Just as you can speak without being heard, arguing without listening is not a virtue. We should abandon our argumentativeness if we are not willing to be contemplative and introspective as well.

Jagannathan is Editorial Director, Swarajya. He tweets at @TheJaggi.
Get Swarajya in your inbox everyday. Subscribe here.
Tags:
2 Shares