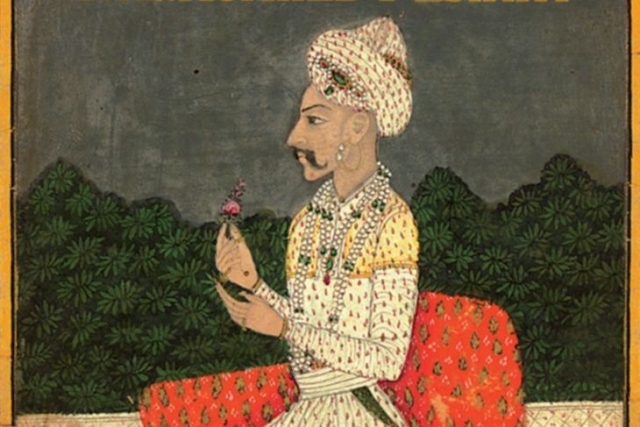 Dr Uday Kulkarni is an author of some excellent books on 18th century Maratha History. An AFMC graduate and a retired navy surgeon, Dr Kulkarni started writing about Maratha history a decade back, while still practicing medicine.

His first book Solstice at Panipat, was published in January 2011, to coincide with the 250th anniversary of the third Battle of Panipat. It was very well received.

Since then, he has written The Era of Bajirao, The Bakhar of Panipat, and James Wales: Artist & Antiquarian in the time of Peshwa Sawai Madhavrao.

Dr Kulkarni’s latest book, The Extraordinary Epoch of Nanasaheb Peshwa is indeed an epoch in itself. Over 500 pages and 2,00,000 words, this book chronicles a fascinating period of mid-18th century India. It is his most extensive book, and I think it is also his best one till date.

Dr Kulkarni was able to complete this huge undertaking in record time, taking advantage of the lockdown period during the past few months.

The book is extensively researched with hundreds of references and original sources. Dr Kulkarni also did numerous field visits to many cities, towns and battlefield sites over the past few years, while researching for this book.

Like his earlier books, this one also presents history, the way it should be – full of facts & original references, and free of biases.

This book is published by Mula Mutha Publishers (the author’s own publishing entity) and was launched on 27 September at an online event, which featured excellent talks by the author, as well as by Prof. Makrand Paranjape and Yashodhara Raje Ji Scindia.

“The mid-eighteenth century began with the Marathas as the paramount power in India, and in the next two decades, they rose in power and prestige. In the Carnatic, Bengal, Rajputana, Malwa, Bundelkhand they were supreme, and in Delhi, the Marathas ruled while the Mughal king reigned. In this period when Nanasaheb Peshwa was at the helm, the Marathas power reached its zenith. But that was not the entire story.” – Dr. Uday Kulkarni

The ‘Swarajya’ established by Chhatrapati Shivaji Maharaj in the 17th century, was expanded further by Bajirao Peshwa in the early 18th century.

Following his untimely death in 1740, Chhatrapati Shahu made Bajirao’s son Nanasaheb, the next Peshwa. Nanasaheb was just 20 years old then. During the reign of Nanasaheb Peshwa (1740-1761), the Maratha Empire reached its zenith, and stretched from 'Attock to Cuttack' and from 'the foothills of Himalayas to Cavery'.

As the Maratha Empire expanded, this period also saw many parallel historically important developments across the country. These included, developments in the Carnatic, the rise of English and the French (and their rivalry), the turmoil in Bengal, the invasions of Abdali, the further weakening power of Mughal power in Delhi, the internal Maratha power struggle and challenges to the central authority of Nanasaheb, and more. This book delves into all these happenings.

Early on, the book discusses the various power struggles in the Carnatic – around Arcot, Thanjavur, Tiruchirapalli, Srirangapatnam, and Madras. The advent of European artillery and guns in the battle theatre, and their new style of fighting, are also explained.

The various Maratha campaigns in Bengal, led by Raghuji Bhosale as well as by Nanasaheb himself are important to understand. The ‘Marathas in Bengal’ are an important chapter of mid-18th century history. Post Plassey and Panipat, the Maratha influence in Bengal started waning significantly. The campaign against Angre and the capture of Vijaydurg is discussed in good detail.

The book also briefly discusses the 1758 campaign to Punjab, all the way to Attock and Peshawar. And the 1760-61 Udgir and Panipat campaigns led by Sadashivrao Bhau. Do note, this period has been extensively covered in the author’s Solstice at Panipat and I would urge the readers to the read that book for a detailed understanding.

Through multiple chapters, this book also highlights the many sacrifices made by the various Maratha leaders for the cause, in the various battles of that era.

Nanasaheb Peshwa did spend good attention on his capital, the city of Pune. He was clearly influenced by the cities and wealth in the older capital cities in the north and south. It won’t be wrong to call Nanasaheb, the ‘architect of Pune city’.

This era of development is also discussed in a dedicated chapter in the book. Though I would have liked to learn more on this topic. Perhaps Dr Kulkarni would write a series of follow up articles (or even a small book) about the Nanasaheb era Pune.

If there is one word to describe the Nanasaheb era, and the book, it would be ‘complex’. The book is complex, but captivating. It describes very well, the complex, convoluted, and often intertwined set of events and developments during Nanasaheb's reign.

Nanasaheb himself was quite a complex character. Not quite the battlefield general like his great father – he was more a diplomatic leader, a statesman, and a strategist. He was a capable administrator and a development visionary as well. As Dr Kulkarni mentioned during the book launch – Nanasaheb could ‘win a war or negotiate favourable peace terms, just through his letter writing’! The book presents some of his original letters, written at important points of history.

The book has a central character of ‘The Waqianavis’ (translating to ‘The Remembrancer’), a key position in courts of the kings. This is the character who leads the readers. The first chapter aptly begins with a quote by the great historian GS Sardesai:

In the history of the world, a revolutionary period comes after several centuries. In India, such a time came in the mid-eighteenth century, and Nanasaheb Peshwa was at the helm of affairs at the start of this epoch.

In the book launch, Dr Kulkarni mentioned that it was this quote by Sardesai which led him to pick the book’s title.

With his great work this past decade, and the planned effort ahead, Dr Kulkarni is carrying forward the rich legacy of historians such as Rajwade, Sardesai, Sarkar and others.

18th century Maratha history has been ignored in the larger scheme of Indian history – which often moves forward from the 17th century Mughals, to the 19th century British. Dr Kulkarni’s books are highlighting the important era in the middle and the central role played by the Marathas, in the context of Indian history, in that period.

Also, among the 18th century Peshwas and other leaders, Nanasaheb is often not as well understood as Bajirao or Madhavrao. This book helps in bridging this gap.

Major sections of this book can be read independently, with only Nanasaheb and the central Maratha authority as a common factor among all. The Anglo-French rivalry in India, is explained in great detail, including the role played by the key leaders such as Dupleix, Bussy and Clive. Not many readers would know how strong the French were up until the mid-1750s, and how they were a serious challenge to the British aspirations. The series of events in Bengal, leading up to the Battle of Plassey are also discussed in good depth.

Nanasaheb Peshwa passed away at a relatively young age of 40, due to tuberculosis. He died in grief, just a few months after the Panipat shock. A reading of history often leads the casual reader, or a serious researcher, to a ‘what if’ scenario analysis and speculation.

What if Nanasaheb had lived longer? The author briefly touches upon this in the concluding chapter. The Maratha and Peshwa history post Nanasaheb is also fascinating – but that will be the topic of Dr Kulkarni’s next book, expected sometime in 2021.

In the meanwhile, I would highly recommend The Extraordinary Epoch of Nanasaheb Peshwa to anyone who is interested in Indian history and Maratha history of the 18th century. An extraordinary epoch indeed!