Homo Sapiens To Homo Deus: How We Are Crafting Our Own Demise 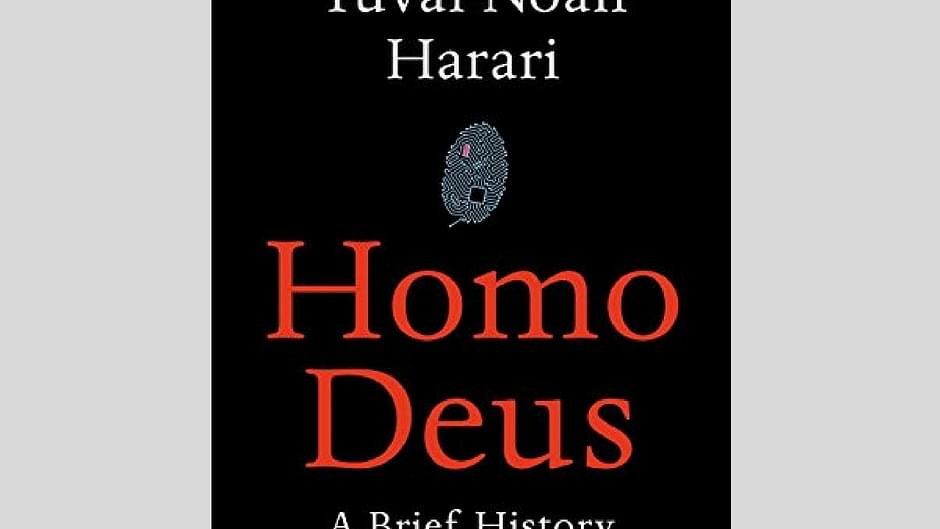 At first glance, a history of the future seems like an odd beast, a crossbreed between scholarly research and soothsaying. However, Yuval Noah Harari's Homo Deus: A Brief History of Tomorrow claims to be exactly that.

Launching from his previous work, Homo Sapiens: A Brief History of Humankind, Harari peers into what the social, rather than the biological, evolution of the species might have in store for the planet. To be sure, it is not the first of its kind; Antonio Negri's Empire is another such ‘history of the future’, but one that dwells on political evolution. Homo Deus, however, comes not just as an interesting intellectual exercise but as a warning; for, Harari warns us, humans are within grasp of having the ability to profoundly influence the terms of their existence. Indeed, this is a journey of humans from being petty animals to becoming gods.

The first step in this pyramid of achievements has been the control over our existence. Ten-thousand years ago, man developed agriculture, and two-hundred years ago, science matured to a stage where humans could genuinely fight back against the pestilence of nature. Although millions still live in poverty and die of hunger and disease, there is no reason for this to be; their deplorable state of existence today is caused almost exclusively by human factors than by the will of any god. In 2011, Harari cites, more people succumbed to obesity-related complications (three million) than famine (one million); more people died of old age than due to plagues, and more people are likely to perish in an accident or commit suicide than die in a war.

The latest front in the war against sickness is old age. Life expectancy doubled in the previous century, and the race is on to achieve the same this century too. Every year, multinational corporations like Google, with the help of scientists like Ray Kurzweil and Bill Maris, are spending billions of dollars on life extension research. A lifespan of, say, 150 years, would dramatically affect contemporary social structures, Harari warns. Relationships, marriage, family, professional careers, immigration and even our political frameworks would be under stress for a rethink. Although Harari does not believe immortality to be within our grasp yet, he says enabling humans to live beyond 150 years would require “re-engineering the most fundamental structures and processes of the human body”. The optimism in this regard speaks volumes. Besides, average global life expectancy between 90 and 100 would still bring about dramatic changes.

The second step is the reworking and enhancement of our bodies: biological engineering to manipulate genetic code, cybernetics to enhance strength, speed and health, and the invention of artificial entities that could obviate the need for human presence in several routine activities. These developments are much closer than we think. Genetics, prosthetics technology and artificial intelligence have all advanced leaps and bounds over the last decade. Transcranial helmets can now predict, to some extent, human behaviour, and even help stimulate or suppress certain brain actions. In essence, they are at the threshold of human behaviour manipulation.

With the development of technology like CRISPR (clustered regularly interspaced short palindromic repeats), it has become much easier to edit DNA. Introduced with the objective of curing and even eliminating diseases, it is not too far down the road to imagine a system, as Harari does, to which you have surrendered all your medical records to optimise on fitness routines, diets, restaurants, entertainment and even courtship. Such a system might even assist or make political choices. A slight semblance of this may already be seen in today's online targeted marketing – companies use search history, online activity and other clues to tailor holiday packages, clothes and a myriad other products to your needs and tastes.

The final leap and departure from Homo sapiens has been the stuff of science fiction dystopias for long – genetically enhancing offspring for intelligence, athletic ability and desirable physical features. Anyone who can afford it will be able to design their child to be, essentially, an übermensch. Humans would become gods in their own right.

The dangers are obvious. Over even a short span of time, privileged access to genetic enhancement can cause a divergence point within the species beyond which there would be two distinct groups – a superior, enhanced class of Homo deus, and an inferior, natural group of Homo sapiens. Harari suggests, alarmingly, that the relationship between these two strata may be reflected in the way humans have treated animals down the ages – lovingly yet harshly, but ultimately devoid of agency.

Contrary to what many science fiction scenarios portray, humans will not lose control of their technology but gradually hand over control to it until they become a side-note in their own evolution. The first steps in this direction are already visible – artificial intelligence, big data, automation, biometric sensors and other advancements are already beginning to take over the simpler tasks of doctors, lawyers, publishers, marketers, engineers and even musicians, as we hand over more and more data to machines to make our lives more convenient.

A third ascension that is occurring simultaneously with the other two is an intellectual preparation for what Harari calls a post-humanist existence. Over the centuries, humans have moved away from ascribing supernatural reasons to natural phenomena to understanding the science and logic behind them. This enlightenment spurred the development of a humanist ethos wherein human well-being became the central concern and not the appeasement of some god or the preservation of an old social order. Free markets and the individual – free will – became the reigning gods of this new religion and happiness its holy grail.

As the basic physical needs of more and more humans were met, there was a turn towards biochemical happiness. No longer was food and shelter sufficient for pleasure, for as the body and mind got used to an environment of plenty, more was demanded. The quest for a new high and, later, the frantic retreat from depression, attention deficit disorder and stress have already opened the door to mind alteration. Life extension will put more strain on a fraying society and a lonely individual. Harari writes, “Once technology enables us to re-engineer human minds, Homo sapiens will disappear, human history will come to an end and a completely new kind of process will begin.” Like genetic enhancement, the change will not come with a bang but imperceptibly creep in.

Harari's interesting hypothesis, peppered with fascinating – and at times, amusing – examples is unfortunately interwoven in a fair amount of extraneous theorising that makes for engaging background, but does not contribute directly to his argument. For example, the author's perception of reality strikes as alarmingly postmodern as he dismisses nations, gods and even currency as imagined constructs. That social imagination is imbued with powerful meaning, tradition and value seems to be lost on Harari, and it is to those values one must look to avoid the great decoupling, as Harari phrases elegantly, of high intelligence and developed consciousness.

The interesting question here is whether, with greater scientific understanding of the human brain and genetics, the decimation of the myth of free will, will catalyse Homo sapiens' free fall into prisoners of their own dreams or evoke an emergency rethink. Harari worries that the fall into Homo deus could spell the end of the liberal world order. Although no one is sure who will disrupt the current orthodoxy of humanism, it is more likely the next challenge will come from entrepreneur-inventors in Silicon Valley rather than the deserts of Arabia.

Harari is not the first to warn us of our future. With every changing age come prophets sounding the clarion call to save humanity. They warned us about Christianity and Islam; they cautioned us against the Renaissance; they exhorted us against the Enlightenment; they counselled us against the industrial revolution; and now, they alert us to the dangers of biotechnology. Sometimes, the seers were right, and at other times, not so much. Even in this age, Evgeny Morozov, a researcher on the political and social impact of technology, has been harping on the dark side of our mindless interaction with technology for almost a decade. Both Morozov and Harari agree on humanity’s destination. But while the former considers the humanist ideals of justice and equality as sacrosanct, the latter thinks they are passé: the agricultural revolution overthrew the ideals of hunter-gatherers, and industrial revolution did the same to agriculturists; the biotechnological revolution will do the same to humanism.

Is Harari right about the future? Only time can answer that definitively, but perhaps the picture is not as grim as Harari fears it to be. The advent of nuclear weapons did not mean the end of life on earth, nor did the industrial revolution wipe out the idyllic beauty of the countryside. Each technological change brought with it new challenges, but also offered new solutions to society's problems. New regulations were required and different fields of study were pioneered. How well societies managed the transition depended more on human capital than we like to give credit for. If, as Martin Luther King wrote in the seventh sermon of ‘Strength to Love’, our scientific power has indeed outrun our spiritual power and left us with guided missiles and misguided men, Harari's dystopia may have a better than even chance of coming true.

Yet, if we do look ahead before we leap, humans may be able to ride this revolution too, as it has done others before it. While millions still voluntarily give information to systems online without thinking, and governments have had almost a free rein in the digital world, privacy advocacy has also increased in the last decade. Like anything else, it will require enough people to care to divert Harari's dystopia. Harari himself cautions that the scenarios mentioned in his book “should be understood as possibilities rather than prophecies.” Society demands awareness of its members today as it once did labour, faith or anything else. Otherwise, it is not our technology but we ourselves that are our own worst enemies.

Jaideep A. Prabhu is a specialist in foreign and nuclear policy; he also pokes his nose in energy and defence related matters.