How The Distorted Views On ‘Caste’ Are Affecting British Hindu Society 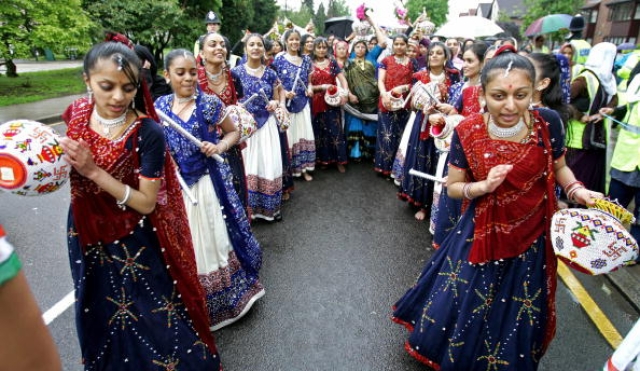 Ethnography about Indians it seems, is used as a ruse; not to produce any value-relevant knowledge about (some facet of) society but simply as a political instrument by which anecdotes are used to influence impressionable minds and drive public policy. The clause related to “caste” as an “aspect of race” in the UK Equality Act 2010 qualifies as the most warped ethnography, crafted by shabby social scientists, fundamentalist churchmen and their willing accomplices, designed as a weapon to malign and persecute a specific section of UK citizens and their culture.

In the British context, it exposes the scientifically and morally flawed premises on which the legislation is formulated. It presents a succinct account of the historical context in which “caste” and the oppressive hierarchy of the “caste system” were fabricated on a Protestant Christian framework and used as instruments of British colonial power. It then shows how this Protestant Christian motivated fiction has been subsequently used in post-independence India to legislate for reservations based on “caste” rather than economic circumstance, resulting in conflicts of secular interests between imagined “caste hierarchies”. The book lays out the consequences for British Indians being accused as racist and whose culture, values, religions, associations, businesses and organisations singularly laid open to vilification and threat of prosecution in the name of “equality”.

There are two additional civilisational reasons why this book is important for Indians everywhere and others, who care for cultural diversity and the preservation of indigenous peoples: be they thinkers, teachers, scientists, policy-makers, or just aware citizens. Firstly, it adds to the literature of how “Breaking India” forces, of which this legislation can be viewed an instrument, poses an existential threat to Indian culture, the subjugation of which the Christian proselytising forces and supporters of this legislation see as their goal. Secondly, the book provides important pointers to fundamental research and policy questions about Indian civilisation, its history, identity, narratives and future survival and regeneration that both Indians and others with an interest in civilisations need to ponder, own and address as part of the human story.

The book consists of six chapters bookended with a short conclusion and an incisive foreword by Dr Gautam Sen who sets the scene with historical context of the colonial underpinnings of the “caste system” starting with the racist, anthropomorphic measurements and ethnographic constructs used by the British to make sense of the cultures of colonised peoples. Importantly, Sen also exposes the flawed logic of a “hierarchy” that has supposedly been dominated by the evil “high caste” Brahmins subjugating the “lower castes” via a static, durable, hereditary mechanism based on “false religion”.

Sen points out that whilst the fabricated “caste system” gets attention, important historical facts are ignored, such as the actual dynamics of Indian society and the millennium-long social upheaval and genocidal impact of Islamic invasions and later, the policy-induced famines under British colonialism. These waves of enslavement, cultural destruction and death are sanitised out of existence, and instead, “caste” is the dominating narrative of Indian society in which Brahmins are assigned as oppressors of a society that in fact struggled to survive these monotheistic colonialism. This depiction of Hindus has been adopted into the “secular” history and politics of independent India.

The first three chapters lay out the predominant Protestant colonial-Orientalist-Secular lens through which Indian culture is viewed in academic circles, how this has proceeded to inform the “moral” basis for the legislation and what the author convincingly argues to be questionable research by the UK Equality and Human Rights Commission (EHRC) to legitimise the legislation.

The threefold foundations buttress each other: First is the Protestant colonial theological account which deems Hindu culture as morally corrupt, static, and racist; with Brahmins as the priests of a false religion.

Second, is the adoption and evolution of this theological basis with Orientalism and taking on the now discredited Aryan invasion theory. Here, race is a defining aspect of Indian people in which the fair “Aryan” Brahmins brought their “caste” based false Hindu religion and the Sanskrit language to subjugate the dark “lower castes”.

Third, the secularisation and normalisation of this idea of “caste” as the universally accepted one in which the Brahmin priesthood exists at the heart of Indian religion in what Shah describes as a “Sacredotal nucleus” of knowledge about India.

It is as if little new knowledge has been added to understand Indian civilisation over the past 200 years, beyond creating and deconstructing a link between Hinduism and an imaginary Aryan invasion. In science circles, this would be akin to flat earthers persistently aborting Galileo, Newton and Einstein to instead hang onto institutionalised pet theories.

Leading UK academics of Indian origin in the Anthropology-Race-Rights field are so steeped in “colonial consciousness”, dislocated from their culture and cocooned within their ivory tower utopia of “Black Socialism”, that their impact on British Hindus is to give birth to this unjust legislation. Like their Indian counterparts, they clutch at straws, claiming that British Hindu society, including their temples, community centres, educational, social and cultural institutions are founded on “caste prejudice”.

Others go even further: alleging that British Indians practise apartheid and therefore they are racists, because, for example, their voluntary choice of marriage partners within their own jati groups is an immoral (and potentially unlawful) act which should be legislated against by the state.

Yet, another academic who was part of the EHRC academic team ostensibly commissioned to be objective, but effectively meant to find justification for the legislation, has dubiously connected similarities between the bricks used in contemporary “Dalit” dwellings and those found in Harappan sites as implied evidence of an Aryan invasion and millennia old “caste oppression”. The same academic, in his review of the book, simply said “I disagree”, without saying why, to Shah’s arguments about the obviously pro-legislation composition of the academic panel and why the anti-legislation group withdrew from the consultation process. So much for academic rigour!

The EHRC, having bought into and delegated the research to the custodians of this Protestant Colonial-Orientalist-Secular model, has thus declared itself an advocate for deprivationist, rent-seeking attitudes among some minorities and their supporters while undermining successful communities.

Given the church-academia-secular axis in sustaining the “caste system”, it is no surprise that the initial sponsor of legislation was Lord Harries, a former Bishop of the Church of England with a consistent anti-India, anti-Hindu record. He has been supported by other prominent Christian and Labour peers of similar opinion .

Though space has not permitted Shah to go into lengthy details, the tone of parliamentary debates is well represented and referenced with footnotes by, for example, the quote of Lord Lester, a Queen’s Counsel, who saw the evil of “caste” so clearly that in a debate about seeking evidence of its presence and prejudicial effects, was compelled to say, “I simply do not understand why research is needed”.

This, then, is the basis for the legislation. The sceptic might see it as self-proclaimed anti-racists formulating and refining long established racist theories about Indians to literally legislate, subjugate and destroy their religion and culture from existence.

The second half of the book demonstrates the author’s acute expertise of legal process and offers the reader deep insights into practicalities.

The fourth chapter takes a legal practice perspective to dissect the potential ramifications of this legislation on people of Indian origin or those following Indian religions in their personal, associational, and professional lives. Community and even private events such as Navaratri or hire of facilities for weddings could become grounds for acrimonious legal disputes on spurious allegations.

Inconvenient questions which the pro-legislation lobby have avoided addressing are raised, for example, who determines the hierarchy of “high” and “low” caste? In a dispute, who arbitrates on the hierarchy? Is it to be presumed that alleged discrimination is a one-way street?

How many “Dalits” are there in the UK? (Figures from 50,000 to one million have been quoted in Parliament). Would there be a statutory need for “caste” monitoring, and if so, would only Indian organisations have to comply? Would only employees of Indian origin in other organisations have to declare their “caste affiliation”? If applied only to people of Indian descent or those following Indian religions, is this not a discriminatory application of “equality”?

Why can Christian schools and Muslim cemeteries discriminate on religious grounds about entry but that right would not be extended to a Hindu Navarati ceremony by a simple allegation of “caste” discrimination?

How can law dictate who one chooses to marry? It is notable that the likes of the BBC who regularly harp on about “caste” preference in marriage when debating this issue, would never refer to the Muslim obligation to marry within the religion or convert as leading to an oppressive hierarchy.

Much more disturbing is the likelihood that the burden of proof would lie with the defendant. Is this how a modern legal system should function?

Looking beyond British shores, the fifth chapter of the book will be of interest to India since it provides solid evidence for the network of invidious global influence being exerted by various national and international bodies including the European Parliament, UN Human Rights organs, and “Dalit” fronted Christian groups and their supporters of the UK legislation in the House of Lords.

Joining the dots that link these powerful forces, Shah shows how, despite their specious attempts to disassociate “caste” from Indian religions, the Lords show consistent contempt of Indians and particularly Hindus in parliamentary debates. He also marshals evidence that exposes their proselytisation goals.

In their quest for souls in the final “pagan” frontier, the former colonists will plumb any depth to stall social and economic progress in India. Like their “Black Socialism” colleagues, they do not see the irony of their proclaimed anti-racism and supposed pro-development agenda yielding the exact opposite.

The colonies may be gone, but the colonial “white man’s burden” lives on.

The sixth chapter discusses the recent Chandok v Tirkey (2014) case in which the Employment Appeal Tribunal decided that “caste” may already be covered in UK law. The book presents the positions of the parties in this case and points out potential contradictions and ambiguities given that the caste clause in the Equality Act has not been implemented yet.

The EHRC is shown to reveal its true colours by intervening in the case and arguing for a pre-emptive judicial extension of the law despite the well-known fact that bringing the legislation into force was highly contested. This back-door tactic of the EHRC further enforces the belief not just among those opposing this legislation but also from many others who see the divisive impact which some of the Commission’s policies have had on British society.

This is an important book that contributes valuably to understanding the current pressures that Indian culture and values are subject to. It draws cautionary lessons of which India’s policy makers should take heed and it challenges serious academia to come out of the slumber of colonial consciousness and look afresh at India’s history, civilisation and future contribution to humanity.