How The Right Should Tackle The Sanskrit Crisis 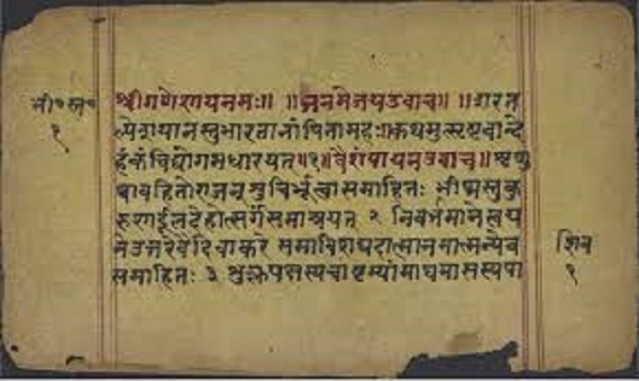 During the controversy of James Laine’s book on Shivaji in 2004, the then PM Vajpayee had mentioned that “Countering the views in a particular book by another good book is understandable.” What he essentially meant was that the answer to a book should be a book. The whole petition and controversy regarding Murthy Classical Library reinvigorates certain tenets that the Right and Conservatives should adhere to.

Firstly, Rajiv Malhotra has blown the veil of biased “Indology” and he deserves credit for it. What the Right should not do however is to play the same old game that the Left-Lib has played all this while. For decades the Left pressurised and bullied many scholar who didn’t toe their line. This led to a permeation of a single-sided Leftist view point across all spheres of life from education to media.

And whom are we fighting against? This isn’t an imperial battle that’s divided by geography but it’s a well-established systematic architecture with deep foundations within India and Indians across. While we argue whether Pollock should be the head of MCL series or not, take a step back and you will find that he is the ‘Arvind Raghunathan’ Professor of South Asian Studies, a chair funded by another Indian.

While the Murthys can be criticized for their selection, what about the Sringeri Mutt one of the highest Adaviatic school of learning which was all set or is set to start a chair of Hindu Studies in Columbia with Pollock.

In strategy we need to pick the battles at the Right Time.The most important instrument of creating this base is the language Sanskrit itself. What Hebrew is to Jews,Sanskrit has to become for Hindus and there has to be a deep trickle down effect to its masses. So how can this mass movement be enabled?

One of the reasons for adoption of Linux and later on Open Source in the software industry was the deep contempt for the monopoly of Microsoft. They thought the best way to counteract the “secret source code” was to throw it open through a self-governing knowledge network. A similar Open Source Network is needed for Sanskrit texts. The right-wing scholars should come together to disseminate, translate and interpret texts into consumable common man’s vernacular languages.

Aided with people from IT background the scholarship should be transparent and collective in pursuit. The model could be crowd-funded but the end products should be free. Today it’s difficult to get decent translations of all the four Vedas, let alone other texts. The Open source community can build ground rules but the essence is to disseminate knowledge for masses with an appreciation for Sanskrit.

Yoga could become a mass movement through the proliferation of Yoga schools or a at every street corner. They way Sunday schools contributed in making the Bible a household book, weekend schools in Sanskrit is needed to make it a mass movement. Until Sanskrit is inculcated as a spoken language of Hindus devoid of academic rigour, there will not be any changes.

Sanskrit is considered to be old, rustic and non-applicable in the current context. While spiritual gurus hold workshops on subjects like Bhagvad Gita & Leadership, there is an understandable difficulty in integrating the ancient with the modern. The small minority of scholars who are knowledgeable about Nyaya, Vaisheshika or Samkhya should cross pollinate with “like minded” professionals and teachers to formulate an Applied Theory that could be used in day to day lives.

For example a Nyaya scholar can work with a management executive and come out with a ‘Decision Making’ concept. Till we make our ancient systems relevant and applicable to the young aspiring individuals in India we won’t succeed. Similar to the Chinese who are integrating Confucian thought in their modernity, a similar assimilation is needed in India.

The same is needed for Sanskrit.