How To Build Up The ‘Right’ Counter-Narrative To ‘Left’ Academia 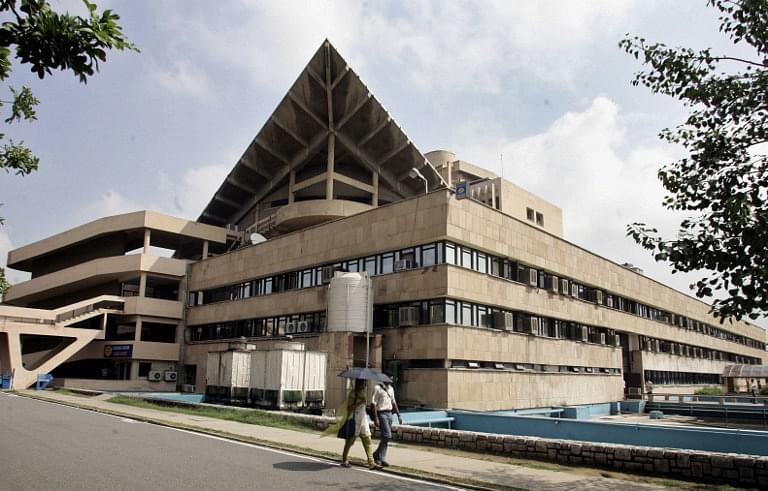 Between Indian academia and the BJP a certain kind of friction was always expected. The signs were clear even before the NDA-II came to power. Remember the Economist’s articles against Narendra Modi, the petition by the Indian academics in the US and the frenzied campaign against a possible Modi victory? The incidents in Hyderabad Central University and JNU are simply sequels.

The academic protestors need to be taken seriously as they constitute an undeclared second front against the government. However, one needs to survey the actors and their motivations before entering into a debate on how the NDA can win the war.

The dramatis personae: Left and Right

The politics in the modern world is polarized between the left and the right. Historically, predecessors of the left sat on the left side of the Speaker in the French Assembly of 1789 and supported the revolution, while those on the right supported the king. The image of 1789 cannot be superimposed on the realities of 2016, and thus the terms tend to be relative and variable across societies. But what is constant is the fact that in a given political society there will be people who will identify themselves as ‘left’ and ‘right’.

In India, the left broadly consists of the following steams of thought:

(i) Centre-left Nehruvian socialism whose main concern is economics

Apart from (i) and (ii) none of these elements are invested in the idea of a nation. They are invested in sectional constituencies. Some of these groups tend to see the nation in hostile terms because they see the concept as a hypothetical diversion as opposed to their respective concerns that are ‘living realities.’

In their view, the nation is a historical abstraction but ‘caste’ is real. Shall we add in tribes too? They see the State as legitimized by the nation. To them the nation is a coercive entity against sectional constituencies. For the environmentalists, protecting rare species of spotted spiders in the Western Ghats may be more important than hydro-electric projects that will increase the local GDP.

For the Naxalites, the nation is bad because the nation is the police constable in Chattisgarh. The contempt of the left for the nation is reinforced by the cosmopolitanism of the leading left academics. Their world is an inherently international world of endless series of conferences, networking, foreign trips, hotel rooms; the nation is irrelevant to their life style.

The Indian right, on the other hand, can be said to be composed of two separate strands. The first and most dominant strand is that of Hinduvta which can be simply described as the fusion of the idea of nation and religion. There is nothing inherently pathological about the concept, and this is the standard template of conservative movements everywhere. The community itself is rooted in religious symbolism; one cannot talk in terms of protecting tradition and not argue for religion.

The second stand for right is less invested in community and more interested in economics. They argue for free markets and more business-friendly policies. The erstwhile Swatantra party was the best representative of this strand. It must be noted that in India while the different strands of the left are complimentary and often equal in abilities to mobilize, two strands of right often contradict each other.

Thus, the Sangh Parivar outfits strongly opposed the Land Ordinance in 2014 and some of them continue to oppose privatization, Foreign Direct Investment, etc. (e.g. Swadeshi Jagran Manch). None of these would be supported by the Swatantra party.

Interestingly, the mirror reflects off Hinduvta in other communities. The Kashmiri separatists, the Islamists or the ethnic irredentists for some reason are not considered ‘right’ in India. They are in league with left elements. It merely shows that the left in India is inconsistent.

The left and right - apart from being political ideologies - are also attitudes based on different psychological profiles of individuals. A person’s political attitude develops very early and rarely changes thereafter. Thus ‘left and right’ cannot literally destroy each other. In a healthy political society they balance each other. In India, the problem is not the presence of the left but the dominance of the left in all walks of intellectual life.

The site of conflict is the humanities and not STEM

The conflict between left and right is therefore total, and can manifest in every aspect of human endevour, be it the choice of friends or choice of food. But it is more concentrated in the profession that covers knowledge generation, namely, academia, and more specifically, the liberal arts.

While STEM (science, technology, engineering and mathematics) disciplines typically study the physical world, the humanities study human behaviour and human expression. Herein lies a tale - human behaviour is not neutral to observation as, physical phenomenon is. All theories of social organization create normative expectations which in turn lead to the outcome predicted.

To put it more simply, “The Earth will revolve whether Galileo says it or not”, but class war cannot happen if Karl Marx was not pointing out its historical inevitability. If the central concern of politics is good and fair social organization, the humanities are inherently more ‘political’ than STEM education.

The leftist advantage in academia

The fact of the matter is, the ‘Macbethan’ nature of humanities is understood by the left (through Congress/Communists/CPI-ML) and they have, therefore, invested considerable time and effort in creating an intellectual cadre which legitimizes them, which the Indian right as represented by Swatantra or BJP have not.

The left has been supported in this endeavour by certain inherent peculiarities of academia and certain features of Indian higher education.

First, in India the higher education is completely dominated by the state. This allows anybody with state powers the unhindered access to academic patronage. And as it happens, various spectrums of left have enjoyed state power for over sixty years.

Concerning the left, their intellectuals are on a conveyor belt; when you invest in making a socialist, you are also making a potential Naxal. Your conviction may vary over time but it rarely flips polarity.

If one takes West Bengal for example, the left was able to subvert every institution. But it was unable to penetrate few schools and colleges. This is one of the reasons why the communists objected to opening up the West Bengal higher education to private participation. It was the elementary fear of losing the power to patronize.

Second, academia is an inherently networked space. The power of academia is to circulate among the like-minded like a market where the new entrants require the approval of the established players to enter. Sixty years of state patronage has allowed the left to build thick networks not only in India but internationally.

Added to this historical advantage are the fact that in India there are hefty entry rules to academia like the National Entrance Test, various age and occupation requirements (one cannot practice in the courts of law, for example, if one is teaching law). This effectively reduces the scope of horizontal migration to academia from industry or professions and allows these ‘networks’ to survive.

Notwithstanding the long term importance of the academia for narrative-building there is no direct electoral clout. This is apparent from the NDA-II’s victory itself. But the NDA-II cannot lose the academic front for a variety of reasons. At a philosophical level one can argue that an ideal polity should have equally balanced forces of left and right. If that fails to happen then the cause of democracy, representation and diversity (sacred concepts to the left) are not being served. So it is almost a duty of the ‘right’ to build a counter-narrative.

My argument would be that a sedition charge is a wrong solution to a correctly identified problem. At best it will increase the price of radical politics and cause momentary silence but it would not create a ‘right’ narrative. The optics of moving against a well known institution would merely reinforce the left’s efforts to undermine the legitimacy of the government.

The real solution would be for the right to undermine the leftist networks or at least build its own networks.

The second priority is to undermine the left’s networks over academia. We should liberalise the higher education sector and allow greater participation of a wide variety of people. The passage of the Foreign Education Providers Bill, 2013 can be a good starting point.

But finally the right needs to get used to the idea of layering. People who are on the right need not agree on everything all the time. The right narrative comes in layers, sometimes overlapping and sometimes contradictory. Thus it should be possible to be right without being Hinduvta or eating beef, or being homosexual, or having contrary views on deregulation. Allow shades of grey in the right as it exists in the left. These narratives ultimately reinforce each other.

What is at stake here is the soul of India and her future. At this point of time in our history we need a more robust, market-friendly, patriotic narrative that gives strength and direction - not clichés that promote inaction and anarchy. The BJP and right intellectuals have a duty to win it.