New Paradigm For India: From Nation-State To Civilizational-State 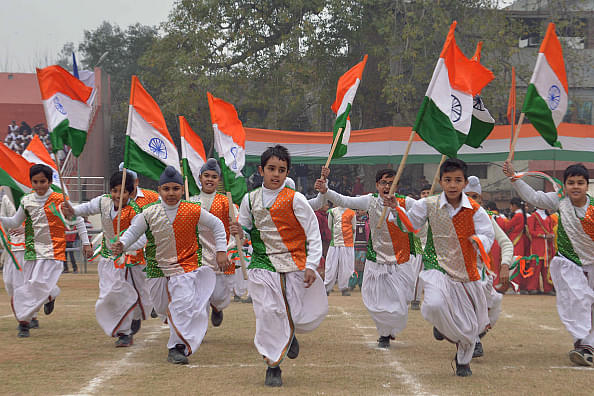 The concept of the nation-state is a modern construct which evolved in Europe around the 17th century. It is a modern system of states which evolved in the Westphalian Order after the Treaty of Westphalia, 1648.As the political order of the medieval age came under question and the importance of the rule by consent was celebrated, there was a decline in the power and ability of church-monarch nexus to rule in the name of divinity.

The nation-state is a modern construct comprising a single nation as its dominant constituency, and nations are based on a common language, religion, ethnicity, history and myths. A modern nation-state is bound by a defined geographical area under a sovereign power. This concept occupies a central place in Western liberal political order.

The emergence of nationalism in India was the direct result of interaction with Imperialism and colonial modernity. But colonial rule in India denied the claim of India being a nation- state and presented it as a collection of of multiple and competitive feudal states.

The colonial rule also arrested the growth of modern institutions in India. The claim of self- governance for India was rejected by the simple colonial logic that India is not a nation but a collection of different communities and groups unified under the British imperial authority. To quote John Strachey, a British colonial administrator, “first and the most essential thing to learn about India is that there is not, and never was an India, or even any country of India, possessing, according to European ideas, any sort of unity, physical, political, social or religious, no Indian nation, no people of India, of which we hear so much”.

This had implications for the political unity of the country exemplified by MA Jinnah who said, “India is not a nation nor a country. It is a sub-continent of nationalities.” Therefore, it is not surprising that Indian politicians and intellectuals of the nationalist movement devoted a lot of effort to “proving” that India is a unified nation in the fashion of the European nations.

This line of argument has changed over time with the argument now being that although dissimilar to the European model, India is a nation-state too.

But with few exceptions, no one questioned the very premise of these concepts and why should India be a nation-state? We accepted this construct as sacred and an ideal to which we must strive to. So much so that we even failed to scrutinize the record of European nation-states and how they came into existence, the violence and devastation which was the part of the process.

When European scholars deny the “nationhood” of India, and hence the basis of the political unity of India, due to lack of “right ingredients”, we fail to ask whether they fulfilled these criteria when their states were created. At the time of the French Revolution in 1789, only about half of its population spoke French and the number of Italian speakers was even lower during the Italian unification! It was the hegemonic policies employed by these respective states which ensured that various dialects, languages and culture were either assimilated into the official language/culture or phased out. And today, India is being denied legitimacy as a political entity because it refuses to follow in the footsteps of the same brutal path.

It is common for Indians to face the sarcastic question, “Which Indian are you? Aryan, Dravidian, Austro-Asiatic or Tamil, Assamese or Punjabi?” And it is even more common for Indians to resort to a shallow and incoherent defense of “unity in diversity” of the Indian people in the face of such questions. This apologetic response comes from a lack of not only an understanding of our history and civilization but also that of the others. When a British call himself a British, do we question which British—Scot, Irish, Welsh? Or Pre-Celt, Celt, Roman, Anglo-Saxon, Jute, Norse, Norman who invaded Britain at various points in history? Indians are faced with such difficulties because they accept the European concepts arising out of their unique historical experiences as “universal truths” and that too in a shallow manner.

Most of the separatist movements in India base their arguments for self-determination on the basis of India not being a single nation and that the Indian State forcefully holds several state-less nationalities. Their more coherent and clear lines of argument thus find a captive audience than those who claim that India is a single nation. But why should India be a nation-state? And if it is not a nation- state then why should it cease to exist as a unified political entity? It is clear that our fixation with this idea has stifled our political thought and growth of indigenous political system.

We have failed to see the obvious that India is a civilization and what exists as the “Republic of India” today is a unique civilizational state. The Indian sense of identity emanates not from the last century when India began to imagine itself as a nation-state but from the civilizational continuity of past several millennia. At present, most of the geographically contiguous parts are united under a single political authority and this political unification derives its justification from a shared civilizational heritage. Its extent and authority hinge upon the geographical extent of Indian civilization as can be attested by the partition of India when a large section shifted its allegiance to another civilizational narrative and ceased to see themselves as part of the Indian civilization.

Yet, popular discourse continues to project the Partition a result of modern construct of nationality, democratic polity and an outcome of colonial policies. In fact, it was a much deeper shift. It was the result of a civilizational shift, contraction to be more accurate, in the Indian sub-continent. The Indian state cannot be compared simplistically with other states like Britain, France, Italy or any other such state. Indian scholars must evolve their own theory of a civilizational state and its functioning. It is clear that the world is now moving beyond nations and nation-states, towards a world order built on civilizational units.

Despite setbacks, European countries have already taken significant strides towards a united European Union with a single currency, market, open borders and efforts are on for a single central bank, parliament and security apparatus. Significantly, EU continues to deny full membership to Turkey because Turkey lies outside the civilizational boundaries of Europe. Pan-Islamic movements with expressive intent of re-creating a Caliphate are becoming stronger among Muslim populations around the world. China is slowly but clearly shedding its Communist past. It already projects itself as a civilizational entity.

Following the dissolution of USSR, Russia has reverted to asserting its leadership of the Orthodox Christian world and has wheeled away from asserting similarity with the West. The Orthodox Church plays an ever-increasing role in the life of Russia and in recent times, Russia has not hesitated to go to war to defend its national sphere of influence which are actually its civilizational boundaries.

We may see more and more such entities arise and more countries around the world shift towards emphasizing their cultural, religious and civilizational identities. Civilizational boundaries are expected to become more important than national boundaries, and it seems that they have already begun to command more loyalty from people than the nationalism. The recent case of thousands of Muslim youth traveling from Europe, India and other parts of the world to the newly established Islamic State is indicative of this new trend.

However, the cause of promoting the Indian civilizational state has not found a profound place in our policies and decisions. India enjoys one of the world’s most rich, liberal, diverse, multi-linguistic, multi-religious civilization and has been so in its historical trajectory. It has been solving most of the problems which others found intractable like those arising from pluralism, diversity of languages and spiritual expressions, etc. for millennia within its indigenous framework. All this needs to be studied. The preservation and strengthening of Indian civilization should be the prime objective of India’s policies with the central focus on the socio-economic upliftment of the masses.

A proper theoretical framework will help us to understand the emerging issues and evolve an appropriate response to them. In this context, the first major task ahead is to put forward the concept of an Indian civilizational state as a theoretical and political construct to find answers to pertinent questions which have eluded us so far. This will enable India to overcome its confusion about its identity and purpose in the world and to evolve a grand narrative and a grand strategy.