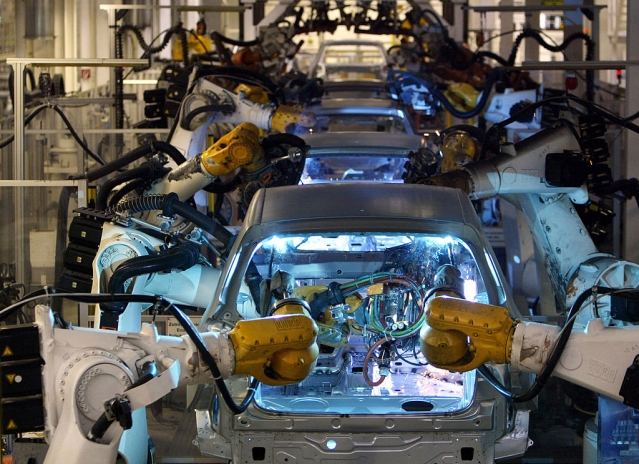 The economy is slowly going digital, workers are losing bargaining power, robots will take all our jobs eventually, and there’s a whole cottage industry of books exploring the various implications of these facts. Race Against the Machine. Rise of the Robots. Capital in the Twenty-First Century. Twilight of the Elites: America After Meritocracy. Average Is Over.

Ryan Avent’s The Wealth of Humans comes not to join these books, but to render them unnecessary. On page 16, after noting all the titles above, Avent boldly declares: The various partisans are like the allegorical blind men describing different parts of the elephant: each has his insights, but the competing stories have yet to be reconciled with each other. This book will provide that reconciliation.

That’s a big promise for a book whose endnotes begin before page 250, so it’s hardly any surprise that The Wealth of Humans can often feel scattered rather than comprehensive. Avent also repeats himself at times, and he spends many pages discussing subjects that some might find uninteresting or tangential. (I will have no complaints if, for the rest of my life, I never read another word about how important companies’ cultures have become.) Avent’s 1,500-word distillation of his ideas for the Guardian last week is arguably a better read, advancing the major themes of the book while avoiding these pitfalls.

But if The Wealth of Humans cannot supplant the literature that came before it, it is nonetheless a welcome addition. Fascinating insights are sprinkled throughout, and Avent explains a number of major challenges that humanity will face in the decades and even centuries ahead—challenges that are unprecedented in some ways and foreshadowed by the Industrial Revolution in others.

Here is where we find ourselves, as Avent sees it. The digital revolution is already well underway, and economic value is being “dematerialized”—things like social capital and the aforementioned company cultures have shunted aside the physical capital that used to underpin the economy. The returns to this new capital are not widely shared, winding up in the hands of bosses, financial whizzes, and owners of land in thriving cities instead of the hands of workers.

Computers have wiped out some jobs entirely, a trend that will only grow. In the past, technological advances have required a lot of human labor, such as people to run the machines, and have also made new industries possible. But this is a rough process even in the best of circumstances—it is never easy for someone to abandon both the place they live and the skills they have developed over decades—and this time will be especially bad. Vast swathes of workers, including some highly skilled professionals like doctors, will find themselves out of jobs. Avent doesn’t mention it, but the president’s Council of Economic Advisers recently estimated that 83 percent of jobs paying less than $20 an hour, 31 percent of jobs paying $20–$40 an hour, and 4 percent of job paying more are at risk of automation in the near future.

A glut of workers means that the price of human labor will be low. Some of these workers will end up in low-level service jobs as the rich find it’s not that expensive to hire a nanny or gardener. (Avent notes the “gig economy” app TaskRabbit, through which you can already pay people to do mundane chores for you.) Ironically, these workers might actually stave off automation in some cases, as companies find that people are so cheap—thanks to automation in other industries—that it’s not worth investing in machines. Some workers might discover opportunity in “hyperspecialization,” providing labor-intensive specialty products (such as artisanal cheese and craft beer) to the handful of people who want them and are able to pay.

In the long run, we’ll all be dead, but our descendants will experience a world of unimaginable material prosperity—a world where robots can do just about anything people can do, and do it cheaply. This will render human labor unnecessary, except for the most highly skilled among us, and thus render most humans economically useless.

There doesn’t seem to be any stopping it. Labor unions have increased compensation for workers in the past, but they did so by banding those workers together and telling each employer, in Avent’s words, that it “could have abundant labour at a price negotiated with the trade union’s leadership or it could have no labour at all.” (Avent writes in the British style of his employer, The Economist.) This threat no longer holds if employers can automate instead. Consider Uber: its drivers may unionize, but sooner or later the cabs are going to drive themselves.

Workers have also stayed ahead of machines in the past through education, a solution some have touted today. Channeling Charles Murray, Avent is having none of it. Educational progress has stalled in the developed world, he notes, at around 90 percent completion for high school and below 50 percent for college. Many of those who currently don’t “make it through a college programme,” he writes, “lack the cognitive ability to do so.” Better education is sorely needed in the developing world, but at the end of the day it can’t keep humanity ahead of its own high-tech inventions.

If we can’t stop all of this, we can only adapt. There are two major challenges in that regard.

First is finding a way to “spread the wealth” generated by an economy that is making an increasing share of workers obsolete. This shouldn’t be a huge problem in the long term—an amazingly rich society with legions of robot slaves will have no problem doling out goodies to all who desire them. The transition to that point will be scarier, as can already be seen in the rise of populism and the stagnation of wages in much of the developed world.

Avent notes the potential of measures like a basic income, infrastructure projects, and even printing money to help the 99 percent keep their heads above water. Regardless of where we end up, the debate will take decades to resolve and may turn violent in nations whose leaders do not handle it well. What the government should provide, and what it can expect in return (community service?), will prove difficult questions.

The second challenge involves happiness rather than economics. Work gives people a sense of identity; when work dries up, lives lack structure. Those without work often suffer psychologically even if they are financially stable. Social engagement, including volunteering and church attendance, falls off, while mindless leisure increases—something we’re already seeing among non-working men, as Nicholas Eberstadt of the American Enterprise Institute has pointed out.

As Avent notes, today’s populists seem to want good jobs rather than handouts. At some point that will not be a realistic possibility, and all we can do then is hope people find fulfilling ways to occupy their time.

A stray final thought: is it possible that many people will simply opt out of the robot revolution? There’s a classic Family Guy scene (contains profanity) poking fun at the Amish for believing that “although humans have been around for a million years, [God feels] strongly that they had just the right amount of technology between 1835 and 1850. Not too little, not too much.” But the Amish are thriving—they remain a tiny group, but their numbers doubled between 1989 and 2012, during which time the U.S. population rose just a quarter—and the technology of that period did, actually, allow humans to survive while ensuring everyone had valuable if grueling work to do.

Many could be attracted to similar technology-restricting movements, possibly imitating a wide variety of past eras, if they find a world without work unfulfilling. Such people may also be more fertile for various reasons of temperament and lifestyle (a major reason for the Amish population explosion), and grow to outnumber the robot-using population.

It’s fun to speculate about what will happen centuries from now, and The Wealth of Humans stimulates many such thoughts. But what will happen in the next several decades is much more pressing and much more frightening—and Avent’s book forces us to think about that, too.

This piece was originally published on the The American Conservative and has been republished here with permission.

Further Reading: The Future Of Jobs: There Ain’t One. The Only Certainty Is Work-preneurship