Power Distribution: Here’s An Idea That Has Pride Of Place In Manipur’s Development 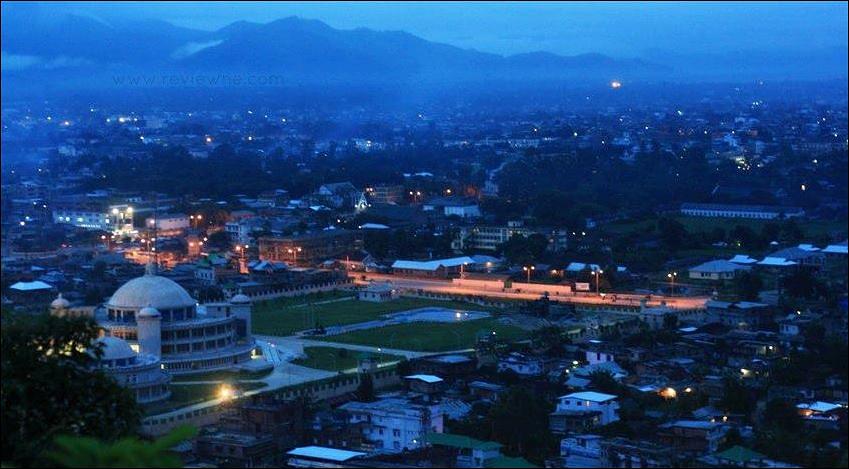 Power distribution was one idea that most influenced the lives of people of Manipur. In his book, Ideas for India: Faster-Higher-Stronger, Bibek Debroy says, it was not power generation, which is a tough issue in the state, but distribution that was the most talked about.

Manipur’s experiment, like a few other states, with pre-paid power vouchers has not only made life easier but has provided a host of other benefits.

On a visit to Manipur, I asked several people what aspect of their lives had changed the most, from the perspective of governance and/or delivery of public goods and services. This wasn’t meant to be a systematic sample survey, it was more like a dipstick indicator. Manipur has a total population of 2.86 million and a shade over 29 per cent is urban. The people I asked were from Imphal, so there is a bit of a sample bias there. The Imphal agglomeration, not just the municipal area, has a population around 5,50,000. This gives you some idea of possible sample bias. Right at the top of what was mentioned was power sector distribution. As in any part of the country, electricity has generation, transmission and distribution angles. In a place like Manipur, generation will be an issue, particularly outside the rainy season. Much of generated power will have to come from outside the state, even if hydro-generation from the Loktak project increases. Outside the state essentially means Arunachal Pradesh (Lower Subansiri), Assam (Bongaigaon) and Tripura (Palatana).

What people mentioned was distribution, not generation, and this isn’t an idea only Manipur has experimented with. Lucknow has introduced prepaid electricity vouchers. The vouchers require a prepaid electricity meter, too, so that consumers can be alerted when a recharge is necessary.

Such prepaid vouchers make life easier. But, in addition, Lucknow Electricity Supply Administration also has a tariff rebate to encourage the switch. Arunachal has done it in Itanagar. As far as I can gather, there has been consumer resistance in Arunachal, with consumers complaining that monthly bills have increased. That complaint is understandable. After all, prepaid meters and prepaid vouchers aren’t only for making life easier. The intention is also to reduce aggregate technical and commercial (AT&C) losses, a part of which is euphemism for theft. In Manipur, this prepaid idea was explicitly targeted at illegal power connections. Hence, consumers resisting in Itanagar isn’t odd. That there weren’t reports of resistance in Imphal is strange. At some point, some towns and some types of domestic consumers in Madhya Pradesh will have prepaid connections. The approval from MP Electricity Regulatory Commission is awaited. Chandigarh is going to have it. Add Pune and Mumbai to the list, not to forget Telangana (so far, for government offices). There must be a comprehensive list somewhere. Unless I am wrong, Haryana was probably the first state to start such experiments.

To get back to Manipur, MSPDCL (Manipur State Power Distribution Company Limited) has a plan for 100 per cent metering of consumers. In greater Imphal areas and twelve towns in the valley (Thoubal, Ningthoukhong, Samurou, Nambol, Moreh, Bishnupur, Kakching, Moirang, Laxmi Thongkhong, Mayang Imphal, Lilong and Lilong town), this will be through single-phase and three-phase prepaid energy meters. People unfamiliar with Manipur may not realise the state has two distinct physical or geographical regions. There is the plain valley region (almost 60 per cent of the population lives there) and there are hilly areas. Access to public goods and services in the valley isn’t the same as access in hilly areas; the latter is much more difficult, terrain being one of the constraints. Outside the valley, there will be 1,00,000 electronic meters, but not prepaid, except for district headquarters and towns in the hills. Both of these prepaid strands are different phases of the Restructured Accelerated Power Development and Reforms Programme (RAPDRP) scheme. Unless I have got it wrong, this prepaid metering experiment has already started in four districts—Imphal East, Imphal West, Thoubal and Bishnupur. (There is also an element of regularisation of unauthorised connections, but that’s not what I want to focus on.) It is not that the experiment was tried out in all these four districts at one go. It started in central parts of Imphal to see if it would work.

This is what I have been told and not just by people who work for the government. People have been jailed for theft of power and tampering with meters. The power situation has improved. Billings and collections have increased. There has been a 50 per cent reduction in demand and tripping incidents are rarer. Interestingly, number of consumers has also gone up. Perhaps one should restate this as an increase in number of legal consumers. There is better power planning (on the supply side) and there is no need to have VIP lines (these guaranteed uninterrupted power supply regardless of what was happening in rest of Manipur). There was also a sense of pride in what I was told. Naturally, if consumers know exactly how much of power they are consuming (there are instant alerts) and how much it costs (it’s not quite the same with post-paid bills), there is more judicious use. Partly using technology, power distribution has been equated to mobiles and TV channels. Although the connection is somewhat distant, this experiment reminded me of an anecdote in Sir Prafulla Chandra Ray’s (1861-1944) autobiography. It was published in 1937, and I don’t think it has been translated into English. He studied BSc (physics, chemistry, biology) at Edinburgh University. (The DSc was later.) At that time, Edinburgh University didn’t have a system of tuition fees for students. If you liked the lecture, at the end of the lecture, you left some money for the lecturer on the table, as you went out of the lecture hall. I wonder if we will ever have prepaid vouchers for higher education, specific to the lecturer.