Rajiv Bajaj Is Wrong: India Should Not Mollycoddle Two-Wheelers Either 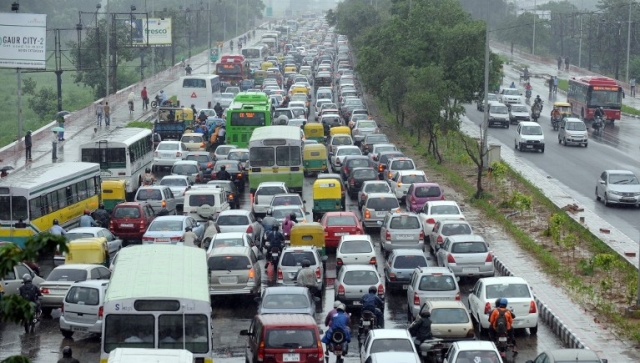 If there is someone celebrating Arvind Kejriwal’s decision to allow only cars with odd-number-endings on odd dates and even-number endings on even dates in the streets of Delhi, it is Rajiv Bajaj, Managing Director of Bajaj Auto, India’s second-largest two-wheeler maker. Reason: as things stand, two-wheelers are not going to be asked to follow the odd-even rule, never mind that they are far more numerous than cars.

In an interview to The Economic Times, Bajaj, who has often expressed admiration for Kejriwal, railed against cars and said cities would be more liveable if “we had more bicycles, two-wheelers, three-wheelers, quadricycles and effective public transportation…”. Cars, he said, not only polluted and congested the roads, but were also the cause of accidents resulting in the deaths of pedestrians.

The problem with Bajaj’s assertion is that he has no data to support his contention. While a focus on public transportation is a no-brainer, the cars versus bikes argument is far weaker than he thinks.

The data on road fatalities in 2014 show that 1,39,671 people died in road accidents, and the largest single number involved two-wheelers (30 percent). Even assuming this is because of the biker’s resistance to wearing helmets, it should give us cause for pause while recommending private two-wheeler transport as an alternative to cars. Two-wheelers are simply too unsafe to be used with so much frequency and regularity as in India.

The second point, that cars are more polluting that two-wheelers may be valid if you juxtapose their relative sizes and emissions. A two-wheeler certainly emits less fumes than a car. But if you consider the numbers, that surely is not the case in the aggregate. India buys eight times as many motorbikes and scooters as cars, and surely the pollution caused by bikes has overall to be more than that belched by cars. The only factor skewing the picture in favour of two-wheelers may be the fact that there are no diesel vehicles; but this too is more the result of the quality of diesel supplied to Indian motorists, not diesel per se. In Europe, diesel is even talked about as a relatively green fuel. The solution to diesel vehicle pollution is to improve the quality of diesel supplied, but this has not been done because so far governments have sought to subsidise diesel prices, and this meant keeping the quality low to avoid bigger losses. Better diesel would have meant an even higher subsidy till recently.

Third, let’s consider congestion. Assuming there are eight two-wheelers for every car on the road, surely the former are more likely to be causing congestion than just cars. Also, we tend to forget one simple thing which is counter-intuitive: the average speeds of two-wheelers tend to be higher than that of cars, and when speed is higher, the road space needed for a two-wheeler is more than what its small size indicates. Moreover, few motorists break the law as consistently as two-wheeler riders, for the simple reason that the bike, being more manoeuvrable, can even mount pedestrian walkways to beat the traffic than a car. Ask any pedestrian in Bengaluru, and she will tell you bikers are a menace on footpaths – and while crossing the road, it is motorbikes who are difficult to dodge as they come at speeds that are difficult to judge. Cars are easier to judge as bikes can accelerate more unexpectedly.

The latest road accident statistics (read here in Indiaspend) show that 41 percent of fatalities in 2014 were caused by speed. It is unlikely that all these fatalities refer only to cars, and not bikes.

The truth is India needs to privilege public transport, and not private motorised transport of any kind, never mind the number of wheels involved. When we sell 14-15 million motorised bikes and scooters a year, to leave them out of pollution, congestion and toll calculations is the worst form of denial.

Consider the car versus bike case in another way: 14-15 million two-wheelers means 28-30 million wheels. Two million cars (the annual average sale) is eight million wheels. When calculated on the basis of wheels on the road, two-wheelers outnumber cars by a factor of nearly four. And they are also more unsafe at any speed.

India, which has 250 million households, will add 70-80 million bikes every five years. Over a decade, and including the two-wheelers already on the road and given tendency not to junk even decrepit vehicles, within a decade every Indian family will own a motorised vehicle.

It may be a nice indicator of development, but it also shows that there is no case for treating two-wheelers with kid gloves when it comes to taxation, decongestion policy, pollution levies, or parking or tolling.