Savings Vs Spending – What Really Drives The Economy? 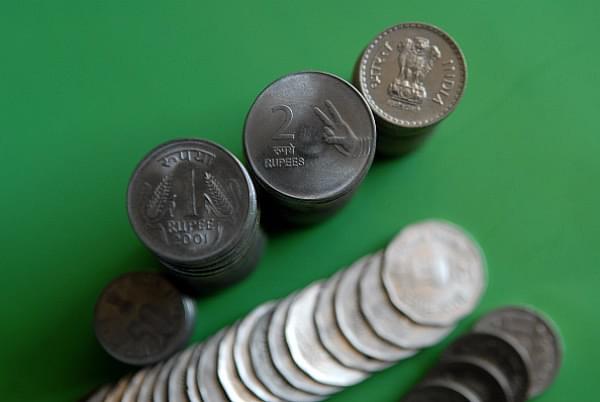 About a couple of years ago, I saw a YouTube video titled How the Economic Machine Works by billionaire hedge fund manager Ray Dalio (see video here). Dalio’s vision of the economy left me nonplussed. He seemed to be saying that spending drives the economy and that the central banks could effectively bring us out of recessions by manipulating interest rates.

Now, Dalio is a successful businessman and I wouldn't wish to berate his intelligence. But something does not sound right in his presentation.

Some questions were unanswered. How do banks get capitalised? How do entrepreneurs ensure productivity growth? How far would money printing by central bankers help the economy recover?

Then I realised. Dalio's was an accurate description of a broken (Keynesian) clock. How do we get this clock working right again? This led me to read Peter D Schiff and Andrew J Schiff's primer on economics, How An Economy Grows and Why It Crashes (2010).

He and his brother Andrew are proponents of the Austrian School of economic thought, largely due to the influence of their father Irwin Schiff, a former lawyer.

Some words about Irwin Schiff – Irwin led an eventful life. He was convinced that the income tax in the US was illegal and unconstitutional. He wrote the book The Great Income Tax Hoax: Why You Can Immediately Stop Paying This Illegally Enforced Tax in 1985. The same year, he was convicted of tax evasion, for not filing his company's corporate tax returns. He spent four years in prison. Again in 2006, at the age of 78, he was sentenced to 13 years in prison for filing false tax returns. He died in prison in October 2015 (aged 87), martyred for his views on the US Constitution and the income tax.

Irwin wrote a comic book called How An Economy Grows and Why It Doesn't (1985), which enjoyed a cult status among libertarians. Using a simple and witty narrative style, he brought out the strengths of free-market capitalism and how Keynesianism was trying to destroy freedom.

Peter and Andrew Schiff’s 2010 book is largely based on their father's 1985 book, though the former takes the story forward to 2010 and beyond. It is, in essence, a description of US economic history.

The Schiffs, on the other hand, categorically state that it is savings by individuals that are the lifeblood of the economy. Savings are deposited in bank accounts and banks lend money to businesses as loans. This is how investment happens. And this is how banks are capitalised, not by money printing by central banks or bailouts by governments.

The Schiffs further point out that, “Savings are not just a means to increase one's ability to spend. They are an essential buffer that shields economies from the unexpected...[A] pool of spare savings prevents disruption and allows for immediate reconstruction of damaged capital.”

It is a well-known fact that Americans of the current generation have limited savings. American mainstream economists hold that in this consumerist society, consumer demand is the more important thing. If there is consumer demand, the economy will flourish. As the Schiffs state, Americans are blinded to the simple truth that “we can't consume more than we produce, or borrow more than we save...at least not for very long.”

According to the Schiffs, “When the economic headwinds began to pick up in earnest in 2008, politicians and economists reflexively looked for a means to get consumers to spend even more and save even less.”

“They have it backward. Spending for its own sake means nothing. What if you spent $1 million, but bought nothing but air? How would this benefit society?... But the act of buying air does not improve the economy as a whole. The air was always there. Something has to be produced to give the spending any value.”

“Spending is merely the yardstick that we use to measure production. Since everything that is produced will eventually be consumed, why does spending really matter? Even the stuff that no one really wants will be consumed it the price falls far enough. But nothing can be consumed until it is produced. It’s production that adds the value.”

There is a feeling among people that prices necessarily have to increase. That is, inflation is inevitable. This, say the Schiffs, is government propaganda. By persistent Keynesian monetary policies, governments have managed to keep prices going up. But prices can go down too.

At the same time, they experienced the fastest economic growth in mankind's history. Deflation is not to be feared but to be embraced.

As the Schiffs point out: “Henry Ford made a fortune...by steadily bringing down the price of cars. More recently the computer industry has made bundles of money despite the fact that its products constantly experience significant price deflation.” Yet inflation is every politician’s best friend. The reasons for this are explained in this book.

The Schiffs cover a lot of ground from the New Deal to the closing of the gold window in 1971 (which was an effective declaration of bankruptcy by the US government) to “the Goldilocks economy” to US dependence on Chinese imports and finally to the 2008 crisis. In all this, the authors do not lose their readers’s interest or their sense of humour.

At present, the Schiffs opine, the US has two politically appealing options before it – either default on its loans (i.e., simply tell its creditors that it can’t repay its debt obligations) or simply print money to pay off debts. The latter may lead to hyperinflation. Both options will lead to a loss of American living standards through lost purchasing power and higher interest rates.

There is a third option that I think the Schiffs have missed out – war.

Germany experienced hyperinflation in the 1920s and that led directly to the rise of Hitler and the Second World War. To divert attention away from its problems, it can’t be ruled out that the US government will not take such dire steps.