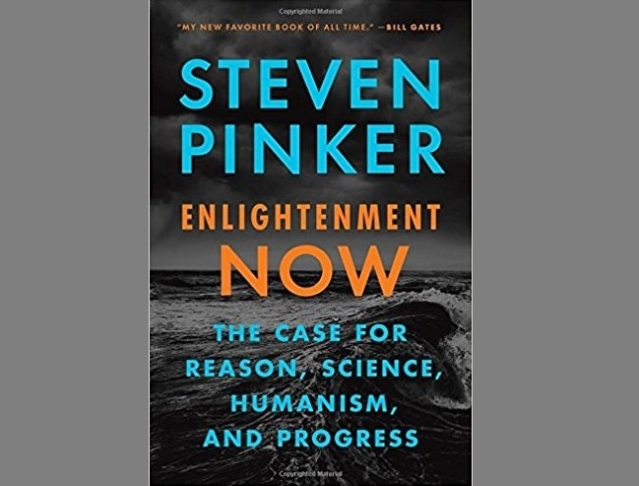 I remember a particularly interesting conversation in my late teenage years. I was visiting an old professor one evening, and there in his room, a newly-appointed lecturer was also present. The lecturer belonged to the scheduled community – Scheduled Castes (SC) and Scheduled Tribes (ST) – and the professor to a land-owning community. The professor spoke eloquently and nostalgically about the good old days when the roads were greener, air was purer and so on. But, at present, according to him, life had deteriorated and there had been a fall in values, etc. The young lecturer intervened and said “I differ”. He pointed out that in fact, it was our sense of moral values and ethics that had improved.

“Then, having concubines was not at all seen as wrong. In fact, they saw it as a kind of measure of social success. But now it is wrong and illegal. Do not you think that is an improvement and not a deterioration?” he asked. He went on to point out that actually we had come a long way in humanising ourselves, and while there were problems, they were in the churning, and that there was no point in looking back with nostalgia.

For me, that conversation changed my perspective of things forever.

I got the same feeling as I did that evening, in fact, I experienced it in a stronger way when I read Enlightenment Now by Steven Pinker. The convictions I had been endowed with that night, all those years ago, got further strengthened while reading Pinker’s book.

But there are also problems. To the problems part we shall come later. First, the data.

The last 300 years have seen a global trend of upward linear progress in almost all quality indicators of life.

Take for example this excerpt from the book:

A Babylonian in 1750 BCE would have had to labor fifty hours to spend one hour reading his cuneiform tablets by a sesame-oil lamp. In 1800, an Englishman had to toil for six hours to burn a tallow candle for an hour. (Imagine planning your family budget around that – you might settle for darkness.) In 1880, you’d need to work fifteen minutes to burn a kerosene lamp for an hour; in 1950, eight seconds for the same hour from an incandescent bulb; and in 1994, a half-second for the same hour from a compact fluorescent bulb – a 43,000-fold leap in affordability in two centuries. And the progress wasn’t finished: Nordhaus published his article before LED bulbs flooded the market. Soon, cheap, solar-powered LED lamps will transform the lives of the more than one billion people without access to electricity, allowing them to read the news or do their homework without huddling around an oil drum filled with burning garbage.

That is just one example. There are many, and they are convincing. Consider this: by 2016, polio had been reduced to 37 cases in just three countries (Afghanistan, Pakistan and Nigeria). Guinea worm attacks, which are painful attacks of water-borne parasitic larvae, "fell from 3.5 million in twenty one countries in 1986 to just twenty five cases in three countries in 2016" and childhood deaths from infectious diseases has gone down drastically. "In all, the control of infectious disease since 1990 has saved the lives of more than a hundred million children,” points out Pinker.

Definitely, our health has improved; our quality of life has improved and more importantly, our collective moral compass has become more precise. For those who deride the progress of science and want to relapse into the false dreams of ancient grandeur, this book provides a good antidote.

Yet, there are villains to this great grand progress of humanity. Pinker points out who or what they are:

Conversely, progress can be reversed by bad ideas, such as the conspiracy theory spread by the Taliban and Boko Haram that vaccines sterilize Muslim girls, or the one spread by affluent American activists that vaccines cause autism.

He also draws our attention to what seems to be a natural tendency among leading intellectuals of twentieth century in supporting tyrants. He introduces the term ‘tyrannophilia’, coined by historian Mark Lilla. Tyrannophillia is the syndrome of "a surprising number of 20th-century intellectuals and artists gushing over totalitarian dictators”.

Some of these intellectuals are Marxists but many were 'Nietzschean', he says. In fact, Nietzsche comes off as the intellectual fountainhead of anti-reason backlash against the humanity’s enlightenment march.

This vilification of Nietzsche needs critical scrutiny. For example, the superman idea of Nietzsche was for the individual and not for a race. Pinker himself acknowledges that "Nietzsche himself was neither a German Nationalist nor an anti-Semite”. So, how his philosophy lent itself to be perverted and used by Nazis and the like is to be explored. Interestingly, Pinker also points to the Nietzschean connection to the Left totalitarian movements:

The links to Bolshevism and Stalinism – from the Superman to the New Soviet Man – are less well known but amply documented by historian Bernice Glatzer Rosenthal.

However, both Nietzsche and Marx go back to yet another, older, common European source. Prof Arfon Rees points out that both Marx and Nietzsche derive some crucial aspects of their worldviews from Machiavelli. Marx and Nietzsche had their differences:

Now the problematic part. The book burdens the reader with West-centrism, particularly when it voyages through the historical landscape. Take for example the following statement by Pinker:

By the early 20th century, colonial policies had become more responsive to food crises, and advances in agriculture had taken a bite out of hunger. But then a horror show of political catastrophes triggered sporadic famines for the rest of the century.

While Pinker is absolutely right when he points out in the subsequent passage that in the post-colonial era, the Marxist regimes were the greatest mass murderers, (of the seventy million people who died in major 20th-century famines, 80 per cent were victims of communist regimes’ forced collectivisation, punitive confiscation, and totalitarian central planning), he is wrong to absolve colonialism of early 20th century of engineering genocidal famines. Empirical data and documentation of the food situation in India shows a systematic decrease in production and availability of food grains per capita (Bajaj & Srinivas, 1996).

As against this, as late as 1943, we have the documentation for engineered famines by British colonial administration which in turn was borne out of the racial hatred for Hindus that Churchill had. Before writing the above lines which provide a benevolent touch to colonial enterprise, Pinker could have consulted his friend Prof Amartya Sen, who had estimated the Bengal famine toll to be 3 million. Churchill’s Secret War as Madhusree Mukerjee (2011) calls the Bengal Famine, had at its heart the hatred Churchill had for Hindus which derived itself not only from the monotheistic hatred for idolaters but also from a perverted Malthusian logic.

Churchill told his private secretary that “the Hindus were a foul race ‘protected by their mere pullulation from the doom that is their due.’” (Pullulation means rapid breeding.) He wished that Air Chief Marshall Arthur Harris, the head of British bomber command, could “send some of his surplus bombers to destroy them.”

So much for Pinker’s claim of “colonial policies had become more responsive to food crises!”

This also points to a deeper problem in the grand narrative of Pinker. It is still extremely West-centric. Each of the three elements (reason, science and humanism) in Pinker's enlightenment discourse, has a non-European (and for this reviewer), specifically Indic counterpart.

Reason itself comes from the old proto Indo-European root *ar. Hindu Rta and Avestan Aram and Tamizh Aram are related thus to reason. Science in India, in fact, is rooted to discovering the Rta behind the multiplicity of phenomena. It is not an accident that the philosophical system of one of greatest deep rationalist philosophers of the Western tradition, Baruch Spinoza (1632-1677), was commented upon by a nineteenth century Jewish German Sanskritist and socialist, Theodor Goldstucker, that it would have "suspected its founder to have borrowed the fundamental principles of his system from the Hindus" had not "his biography satisfy that he was wholly unacquainted with their doctrines”.

It is an unfortunate accident of history that the European colonialism became the vessel of globalisation. However, science as a globalised knowledge system while benefiting from colonialism needs to be seen distinct from it. For example, colonialism promoted racism and spread it to different non-European cultures. At the same time, science undermined the notions of racism. Today, contribution of non-European cultures to the knowledge formation of what we call today science is becoming clearer and clearer. From calculus of Newton and Leibniz to the classification of Linnaeus eminent historians of science are rewriting the linear narrative of Euro-centric history.

This is also important for yet another reason. With regard to ecological problems we face today, Pinker provides the solution through the prism of ‘Ecomodernism’ which "begins with the realisation that some degree of pollution is an inescapable consequence of the Second Law of Thermodynamics”. It is essentially a techno-centric solution for the world ecological problems. However, technology has embedded values. Developing technologies is in a way adaptation of our extended phenotypes – to use the term of Richard Dawkins. They have to be localised and adapted to the local value. Already the tensions between the United States and India has surfaced with Prime Minister Narendra Modi working for the global solar alliance. The West-centric nature of Pinker’s discourse has the potential danger of technological monoculture which is why Hindus need to develop their own discourse of reason, science and humanism.

Dr B R Ambedkar pointed out that the Upanishadic concept of Brahman through the Mahavakyas provide a stronger spiritual basis for humanism and hence democracy than the Greek tradition and Christian theology of fatherhood of god. In fact, in the Preamble to the Constitution of India, despite an immense similarity, Dr Ambedkar introduced a very significant change and this change connects justice and democracy with reason in a way transcending the sacred-secular binary in the Western culture.

These problems apart, as a Hindutvaite this writer considers the book of Pinker positively important for Hindus for the following reasons: