The Case Of The Hand - How Marxism Undermined Science 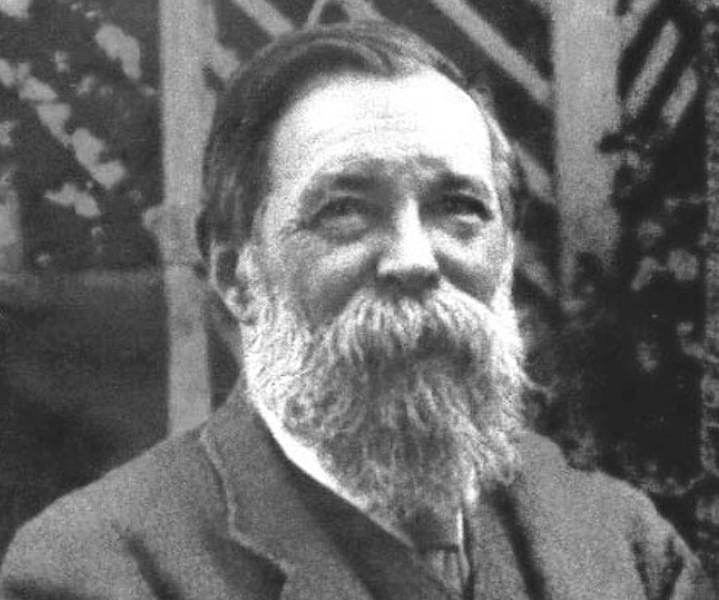 Can a theology rest on the hand movements of a chimpanzee?

Not only did a theology that mercilessly ruled almost half the world population for more than fifty years rest on the way the hands of a chimpanzee move, but it also effectively inhibited the way we understand human evolution and human nature for more than a century.

It all started with Friedrich Engels. In his 1876 written essay ‘The Part played by Labour in the Transition from Ape to Man‘, the founding father of Marxist dialectics declared how labour had shaped and fine-tuned human hand. This according to him made our branch of apes uniquely human.

Soon this became central to Marxist theology. One can note that the evolution envisioned here is based on the notion of the inheritance of acquired characters. This mechanism first proposed by French Zoologist Lamarck had been a favored and dominant view of evolution. It is also a mechanism that is favoured by racists and adherents to birth based caste system. For example in India, a very venerable Sankaracharya of recent times had claimed that the Brahmin voices have become naturally tuned to Vedic chanting through generations of recitations!

In other words, according to the theory of Lamarck, the environment in which one lives directly has an impact on the genes you pass on to the next generation. This notion of inheritance is called Lamarckian and it is easy to see why this may still appeal to people who favor caste and race.

Engels himself believed in racial superiority or rather the evolutionary advancement of European race over the others and hence his embracing of Lamarckian mechanism is not exactly a puzzle.

To be fair to Engels, he could only use Lamarckian framework to explain ‘labour’ and ‘hands’. The alternative and the correct view of inheritance, the Mendelian, though published by the Austrian abbot in 1865 went unnoticed even by the scientific community. It would have to wait until the 20th century to get synthesized with Darwinian evolution to become what we call today ‘Neo-Darwinism’.

It was only in 1892, more than a decade after Engels wrote his tract, that German biologist August Weismann had completely ruled out the possibility of Lamarckian mechanism when he distinguished between the somatic cells that face the influence of the environment in which the organism lives and the germ cells that actually transmit the genetic information to the next generation.

So, if in his times Engels were to establish that labour was the actual factor that ‘produced’ the hand, the inheritance had to be Lamarckian.

Thus over the course of years Engels’ flawed view became the dominant one in Marxist anthropology. In Indian Left circles this was treated like a revealed truth. For every organ considered uniquely human, Engels provided similar evolutionary explanation within the Lamarckian framework. Thus, he explained, the organ of speech –as the language is uniquely human- also developed because of social conditions creating the need and the organ becoming more and more perfect over the generations. In the same essay Engels would point out:

Necessity created the organ; the undeveloped larynx of the ape was slowly but surely transformed by modulation to produce constantly more developed modulation, and the organs of the mouth gradually learned to pronounce one articulate sound after another. (Engels, 1876:1895)

‘First labour, after it and then with it speech’ Engels had pronounced.

In Soviet anthropology these were revealed truths, basic axioms that could not be questioned. Even in certain quarters of the Western anthropological circles, the idea that human uniqueness comes from tool making gained credence. Socialist author Daniel Gaido in his 1970 article wrote:

The central source of this uniqueness has been pinpointed by the Marxists. It is the capacity of humans to engage in labor activities and produce the necessities of life. No animal species does that. This “labor theory” of human origins was first set forth by Engels in his essay “The Part Played by Labor in the Transition from Ape to Man.” Today such leading authorities in archaeology and anthropology as Sherwood Washburn, William Howells, Kenneth Oakley, V. Gordon Childe, and others use tool-making as the criterion that distinguishes humans from animals. (Daniel Gaido, Is Biology Woman’s Destiny?, International Socialist Review, December 1971, Vol. 32, No. 11, pp. 7-11, 35-39;)

Yet there were two fundamental problems in this scenario. One is that tool making has been found to be not at all limited to human species. As anthropologist Paul Bohannan pointed out, ‘before Jane Goodall discovered chimpanzees making tools, culture was usually said to be the prerogative of human beings. But now either we had to stop defining culture by mere tool use or else we had to extend the idea of culture.’ (‘How Culture Works?’, 1995, p.9)

Marxist response to this discovery of Chimp tool making has been an extraordinary exercise in negation. As late as 2004 in the introduction to a reprint of Engels’s ‘The Origin of the Family, Private Property and the State‘, Pat Brewer, a prominent Marxist author not only dismissed the evidence of widespread Chimpanzee tool making as ‘sporadic and a sideline in gaining sustenance’ but emphasized that ‘tool-making and tool use by humans’ as a ‘species-specific’. (Resistance Books, 2004, p.13)

Again, the Marxist response to the scientific dismissal of Lamarckian theory has occupied the broad spectrum of inventing officially sanctioned neo-Lamarckian pseudo-sciences (courtesy Lysenko) to cling on to the lines of Engels like they are unalterable gospel truth. Thus, Pat Brewer claims in his 2004 introduction that the increased ability in tool use and tool making led ‘to further changes in the structure of the hand’ and thus asserts the declaration of Engels that hand ‘not only became the “organ of labour” but also the “product of labour”.

Evolutionists sympathetic to the Marxist worldview, like Stephen Jay Gould, had considered the reasoning and synthesis of Engels as brilliant insight despite its cardinal Lamarckian deficiency. Jay Gould even goes to the extent of saying that Engels explanation was so far ‘the best 19th century case for gene-culture co-evolution’. Though Engels did make a brilliant correlation, he was wrong both in terms of direction (‘first labour’) as well as the process (Lamarckian).

Here is anthropologist Tim Ingold explaining the fallacy and the damage it has done to the understanding of human evolution:

The trouble with such statements lie in their fostering of the impression that tool use and manufacture generate anatomical modification in just the same way that brain and hand combine in generation of tools. Nothing could be further from the truth. (The Appropriation of Nature: Essays on Human Ecology and Social Relations, University of Iowa Press, 1987, pp.64-5 : emphasis not in the original)

In any case modern research shows that the hand does have a significant role in the manifestation of speech. More than the tool making, it is the social cognitive developments in human species which have been associated with the hands. The discovery comes from an unexpected quarters.

Roger Fouts, a psychologist, who explored human-chimp communication for decades, discovered that ‘they can use abstract symbols and metaphors, have a mental grasp of classifications and understand simple grammar. They are also able to use syntax, i.e. to combine symbols in an order that conveys meaning, and they creatively combine signs in new ways to invent new words.’ (Capra, Hidden Connections, 2002, p.58).

The discovery led him to a work by an anthropologist in 1970s which was given scant attention: Gordon Hewes had proposed that the origin of human language might have its roots in more and more sophisticated hand movements – gestures. So the problem for Fouts was to find out the process by which human speech evolved out of hand gestures. This problem was later solved by the work of a neurologist Doreen Kimura. She discovered that both human speech and hand movements were probably rooted in the same motor region of the brain. Physicist turned deep-ecologist and author Fritjof Capra explains:

The realization enabled Fouts to formulate his basic theory of the evolutionary origin of spoken language. Our hominid ancestors must have communicated with their hands, just as their ape cousins did. Once they began to walk upright, their hands were free to develop more elaborate and refined gestures.

And by the way, a team of scientists from George Washington University have discovered that chimpanzees have more ‘evolved’ hands than ours. (Journal reference: Sergio Almécija et al, The evolution of human and ape hand proportions, Nature Communications 6, Article number: 7717, 14-July-2015).