The Connection Between Vivekananda, Tesla, And The Akashic Field 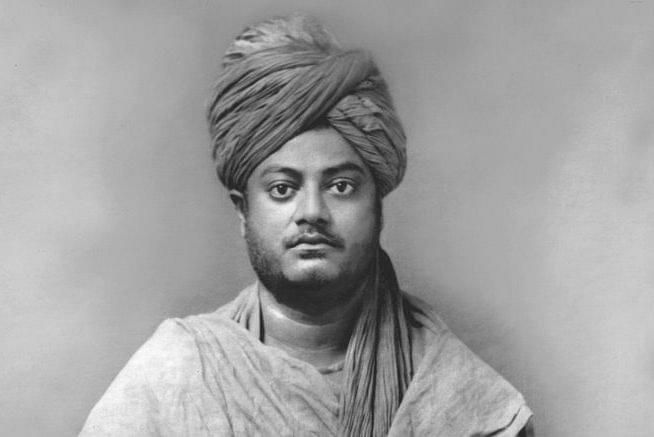 Both Vivekananda and Tesla were hoping for a mutual confirmation of Vedanta and physics.

It is generally accepted that Swami Vivekananda changed the world by bringing the movement for self-knowledge to America. He influenced some of the greatest minds of the twentieth century, starting a process which, one hundred years later, led Lisa Miller, a prominent American journalist, to announce “that conceptually, at least, we are slowly becoming more like Hindus and less like traditional Christians in the ways we think about God, our selves, each other, and eternity.”

Nikola Tesla is not that well known these days in spite of the eponymous electric car, a technological tour de force that is expected to take automotive industry in a new direction. But hundred years ago Tesla was a superstar. He competed with Thomas Edison over what should be the industry standard for power transmission. Tesla was for AC and Edison for DC, and as we know Tesla won that battle and so in the sense of the delivery of electric power, we live in the Age of Tesla.

Born in 1856, Tesla studied engineering in Graz, Austria, but never graduated. He immigrated to the United States in 1884, and very soon had financial backers setting up laboratories and companies for him to develop new electrical devices. His inventions include AC induction motor, power sources, and a generator of high frequency currents.

After his death in 1943, he fell into relative obscurity. But in 1960 the General Conference on Weights and Measures named the SI unit of magnetic flux density the tesla in his honour, which has immortalized his name.

Now to Tesla’s connection with Vivekananda: It appears the actress Sarah Bernhardt introduced them to each other at a party she had thrown. This is what Vivekananda had to say of that meeting in a letter dated February 13, 1896:

Mr. Tesla was charmed to hear about the Vedantic prana and akasha and the kalpas. He thinks he can demonstrate mathematically that force and matter are reducible to potential energy. I am to go to see him next week to get this mathematical demonstration. In that case Vedantic cosmology will be placed on the surest of foundations. I clearly see their perfect union with modern science, and the elucidation of one will be followed by that of the other.

Tesla was unable to show the equivalence of mass and energy. But the search for a relationship between the two hung in the air and as we know the equation E=mc2 was published just a few years afterwards, first by the Italian Olinto de Pretto in 1903 and Albert Einstein in 1905.

In any event, Tesla, in his search of the akashic field, was looking for something more than the conversion of matter into energy. His objective was to harness the primal energy within space itself for mankind’s benefit.

In a posthumously published article called Man’s Greatest Achievement, which was written in 1907, Tesla wrote about the use of akasha and prana thus:

Long ago… [mankind] recognized that all perceptible matter comes from a primary substance, or tenuity beyond conception, filling all space, the Akasha or luminiferous ether, which is acted upon by the life giving Prana or creative force, calling into existence, in never ending cycles all things and phenomena. The primary substance, thrown into infinitesimal whirls of prodigious velocity, becomes gross matter; the force subsiding, the motion ceases and matter disappears, reverting to the primary substance.

So what are prana and akasha that Vivekananda and Tesla wrote about? The prāṇa in Vedanta is the vital force of life, and the ākāśa is the element often translated as ether from which the other elements emerge.

Prana is more than breath; it is the subtle energy that guides the processes of the body. Modern medical science may not accept it, but the ability of the sadhus living in the upper reaches of the Himalayas in winter, or a modern man like Wim Hof in climbing 22,000 feet of Mount Everest in nothing but shorts and shoes shows it’s working.

The Chāndogya Upaniṣad says this of the relationship between the elements of the universe:

From this Self (Atman), ākāśa arose; from ākāśa air; from air fire; from fire water; from water the earth.

In the Śānti Parva of the Mahābhārata, the sequence of dissolution of the physical universe is as follows:

Under extreme heat, earth becomes water, then fire, then wind, then ākāśa, then space, then mind, then time, then energy, and finally universal consciousness.

The fact that energy can be generated from primordial ether (akasha) is a fundamental tenet in the Vedas, and, of course, akasha also generates other elements. Much before the mass to energy transformation became established physics, such transformations were a part of Indian cosmology. Vivekananda spoke not only about it but also how the mind through prana can do things that are outside the pale of known science.

At another end of the subject, the idea of an akashic field as the medium of consciousness has caught some peoples’ attention. Amongst them is the Hungarian scientist Ervin László whose 2004 book Science and the Akashic Field: An Integral Theory of Everything posits a field of information as the substance of the cosmos.

László’s speculations go counter to the Vedic view. Although Vedanta and the Vaiśeṣika postulate the field of ākāśa, it cannot be the field that carries consciousness. Consciousness is not an entity like other fields of physics because if it were so then the equations of physics will be incomplete. Physics as we know it can only be about inert objects and not the experiencing self.

Both Vivekananda and Tesla were hoping for a mutual confirmation of Vedanta and physics. But time was not ripe for it 120 years ago for physics was yet to bring in observers into the picture as it was to do thirty years after their encounter through the framework of quantum mechanics.

Now with the understanding of the zero-point energy of the vacuum and of the cognitive system through the discipline of neuroscience, we may be much closer to explaining the interplay of prana and akasha and the sense in which they correspond to established scientific concepts.