The Story Of A Man, His Inclusive Vision And How It Morphed Into Bandhan Bank 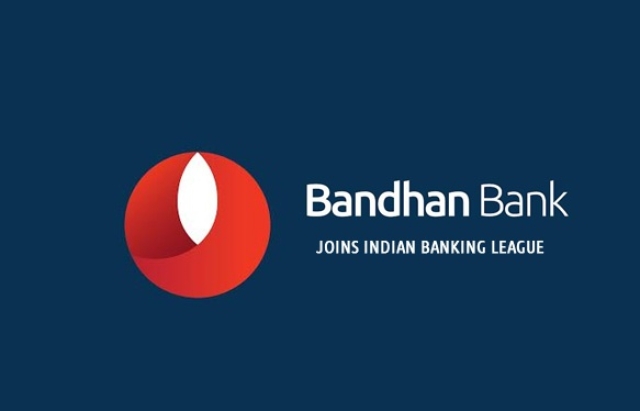 One of the big problems in Indian business is scaling up. You becomesuccessful as a small entrepreneur through hard work, grit and guts, and then either the regulator or politicians get in the way. If you are a small scale manufacturer, you get tax benefits that you are reluctant to lose when you want to scale up. If you are a microfinance institution, the freedom you enjoy from excess regulation disappears if you want to become a bank.

Luckily for Chandra Shekhar Ghosh and his Bandhan Financial Services Ltd, the regulator had a change of heart just at the right moment when he was ready to outgrow his microfinance roots. Thanks to Raghuram Rajan’s three-year tenure as Reserve Bank Governor, the central bank shifted its focus from one of excessive caution on licensing to opening the gates to more competition. After licensing just about a handful of banks in the previous two decades, the RBI opened up to a wide variety of differentiated banks, including payments banks, custodial banks, wholesale banks and small finance banks. And yes, Bandhan got a universal banking licence in 2014 along with infrastructure financing company IDFC.


The story of Bandhan’s rise from a microfinance institution with a largefootprint to a universal bank is the theme of Tamal Bandyopadhyay’s latest book, titled Bandhan: The Making of A Bank. (Penguin Books, paperback, 353 pages). No one is better suited to write this book, for Tamal is both an insider and an outsider to Bandhan. Arguably the best banking journalist in India, Tamal spent most of his journalistic career covering banking and finance at several newspapers, and, when Bandhan was ready to launch, he turned advisor to Chandra Shekhar Ghosh. This enabled Tamal to bring his outside-in view of the banking universe to the inside-out reality faced by Ghosh as he readied himself for the big league.

That Ghosh has so far proved the RBI’s decision right goes without saying; in its very first year as a universal bank (2015-16), Bandhan managed to raise over Rs 15,000 crore as deposits, enabling it to finance its loanbook of over Rs 16,000 crore more cheaply than it could have as a microfinance institution. For a microfinance institution that had grown over 2,000 branches in 22 states in just over a decade, this growth may even appear underwhelming, for becoming a bank means more of your resources get locked up on cash and statutory reserves, maintaining branches and treasury operations that involve employing high-cost people; on the other hand, Bandhan’s social purpose is to serve millions of poor borrowers, which means deploying lots of feet on the ground to collect dues every week. The poor are good credit prospects, but only if you can meet them personally at frequent intervals to keep up the relationship and encourage them to maintain a good credit record.


The challenge – raising money from the better off to deploy in the boondocks - is not going to go away any time soon, for Bandhan will have to manage the parallel ecosystems of being both a regular modern bank that urban customers want and the people-heavy business of microfinance lending.


Ghosh had not initially set out to be banker to the poor, but he got his “eureka” moment in the 1990s when he found a guy in a Royal Enfield mobike collecting Rs 5 as daily interest from women vegetable vendors on a loan of Rs 500. The interest cost, when calculated annually, worked out to 730 percent, but the women weren’t complaining for their daily margins were higher. That’s when Ghosh decided this was where he needed to be: helping the poor with lower interest costs.


The importance of Tamal’s book on Bandhan is that it maps the early challenges of Ghosh with an acute understanding of how the microfinance industry has itself gone through ups and downs, especially during the Andhra Pradesh crisis of 2010-11, when excess lending led to borrowers being unable to repay. Politicians messed it up fully by hamhanded laws. The industry then went nearly bust in that state. Tamal’s book also includes two chapters on two microfinance high-fliers, Vikram Akula of SKS, and Vijay Mahajan of Basix, both laid low by excessive hubris and over-ambition in an under-regulated industry with high risks.


Bandhan luckily was not part of the Andhra melee, but it must have learnt useful lessons anyway. In Tamal’s book, Ghosh emerges as the one real hero of microfinance, with his innate belief in lending to the poor and a commitment to conservative lending practices. He started out be creating a non-profit entity, which then morphed into a for-profit non-bank finance company and finally a bank.


The book has a foreword by Kaushik Basu, Chief Economist of the World Bank, and a former Chief Economic Advisor to the finance ministry.


Author of two previous books, Bank for the Buck, an insightful work on the rise of HDFC Bank as India’s most valued bank, and Sahara: The Untold Story, which chronicles the missteps of Subrata Roy and his fall from grace that ended with his arrest by the Supreme Court in 2014, Tamal brings both a storyteller’s gift and an expert’s knowledge to bear on his subjects. Peppered throughtout Bandhan, you will find anecdotes (monkeys apparently chewed up the bank’s VSAT links in Uttar Pradesh, and the kitchen served as the accounts office for the old Bandhan NBFC). This is by no means a dry book on banking.


Tamal’s Bandhan is a must-read not only for those who want to relive Ghosh’s entrepreneurial journey, but for anyone who wants the larger picture in Indian banking.