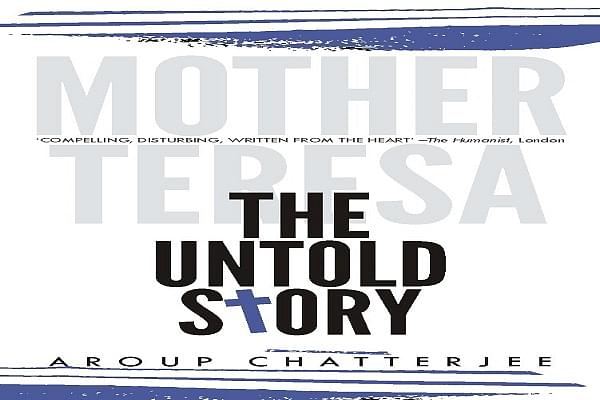 External Affairs Minister Sushma Swaraj led an Indian delegation to the Vatican on 2 September to attend the ceremonies for the beatification of Mother Teresa of Calcutta. Today (4 September), Mother Teresa will be declared a saint.

Born in Skopje, Macedonia on 26 August 1910 and baptised as Anjezë Gonxhe Bojaxhiu, Mother Teresa was born to a Venetian (Italy) father, Nikola Bojaxhiu, who emigrated to Albania (when it was an imperial possession of Italy). She came to India in 1937 as a nun and was moved deeply by the misery of uncared, famished, starving, disease-afflicted millions on Calcutta city’s pavements. She established the Missionaries of Charity (MC) in 1950 as a refuge for them, and to feed, dress and nurse them to health. Foreign charities supplied funds to her mission. She and her nuns did the work out of Christian compassion, she said, but never mentioned openly that those sheltered and nursed were converted to Christianity.

Teresa was beatified by the Pope in October 2003. Thirteen years later, on 4 September 2016, she will be conferred sainthood (called canonisation). Never in the history of the Roman Catholic Church has a person been elevated to sainthood within just 19 years of his or her demise. Mother Teresa’s case is unique.

The author of Mother Teresa: The Untold Story, Aroup Chatterjee was born and brought up in Calcutta. He emigrated to the United Kingdom (UK), married an Irish Catholic lady and had three children. He was appalled at the colossal image that had been built up for Mother Teresa and her charity work in the West, especially in the United States (US) and the UK. As a Calcuttan, he knew of the insignificant charity work of Teresa in Calcutta. So he grew curious and studied her activities for over twenty-five years.

Chatterjee found that what was propagated about Mother Teresa was only partially true, and much of it fiction. She accepted donations from drug peddlers and swindlers knowingly. What is worse, she even wrote to the prosecuting government officers and judges in the US to not punish them. In response to Mother Teresa’s letter to let a swindler go, an American prosecutor once wrote to her to return the monies to the cheated – monies she accepted from the swindler – in the true Christian spirit.

Mother Teresa lied by exaggerating the figures of persons she was feeding daily in her acceptance speech while receiving the Nobel Prize in 1979. The ambulances donated by a Calcutta businessman were, in fact, used by her nuns as taxis to ferry around in Calcutta. Her nuns refused to pick up dying persons within even 200 meters of the compassion house. (Chatterjee has recorded his telephone conversations with the nuns and reproduced them verbatim in the book). But Mother Teresa continued to tell her Western audiences that her mission routinely picked up abandoned babies and the dying and dead bodies from Calcutta’s pavements.

Mother Teresa’s falsehoods and exaggeration about her acts of charity have been exposed in the media before.

Journalist and author Christopher Hitchens made a documentary in 1994, Hell’s Angel, which was highly critical of Teresa’s charity work. It was broadcast on a British television channel, Channel 4.

The Guardian had carried an article in 1996 alleging Teresa’s complicity in and knowledge of the unacceptable practices that were taking place in her charity homes. In January 1997, various European television channels broadcast the documentary, Mother Teresa: Time For Change? which was critical of Teresa’s methods and accused her of neglect. The German magazine, Stern, published a devastating critique of Mother Teresa on the first anniversary of her death on 10 September 1998.

In addition to Chatterjee’s books Mother Teresa: The Final Verdict and the book under review, Mother Teresa: The Untold Story, and Christopher Hitchens’ The Missionary Position: Mother Teresa in Theory and Practice, there is one by Gezim Alpion, titled Mother Teresa: Saint or Celebrity? which was as critical of Teresa as the other works mentioned earlier. Published in 2006, it exposed the well-orchestrated publicity blitz that Mother Teresa encouraged about herself, even when her real charity work didn’t count for much.

In this book, Chatterjee brings to our notice that scores of persons whose criminality has already been established and exposed have been declared saints by the Vatican (i.e., the Popes). In Mother Teresa’s case, the Catholic Church in Calcutta ascribed the miracle of curing an Adivasi woman, Monica Besra, with an abdominal tumour caused by tuberculosis to the grace of Mother Teresa. The miracle cure was announced on 1 October 2002. That it was not a miracle cure but the outcome of a medical treatment was asserted by the doctors who medicated her and by the Superintendent of the Balurghat Hospital. TV channels and newspapers carried this refutation prominently in the week following the announcement of the miracle. But the very next year, in October 2003, Pope John Paul II beatified Mother Teresa. She became “blessed”.

Monica Besra and her family were flown in by the Church to the Vatican, where she met the Pope.

Chatterjee has also written in The Untold Story that Mother Teresa went on innumerable foreign tours and was seldom available in India in times of tragedy, like the Latur earthquake in September 1993 or the flood in Calcutta. He also writes that her funeral was seen by very few poor of Calcutta.

In conclusion, The Untold Story must be read to learn the truth of the fraud that has been committed by the Missionaries of Charity to reap harvests of converts from the poor, sick, and uninformed . Was it proper, then, for an Indian delegation led by the External Affairs Minister to grace the occasion of the canonisation of Mother Teresa?