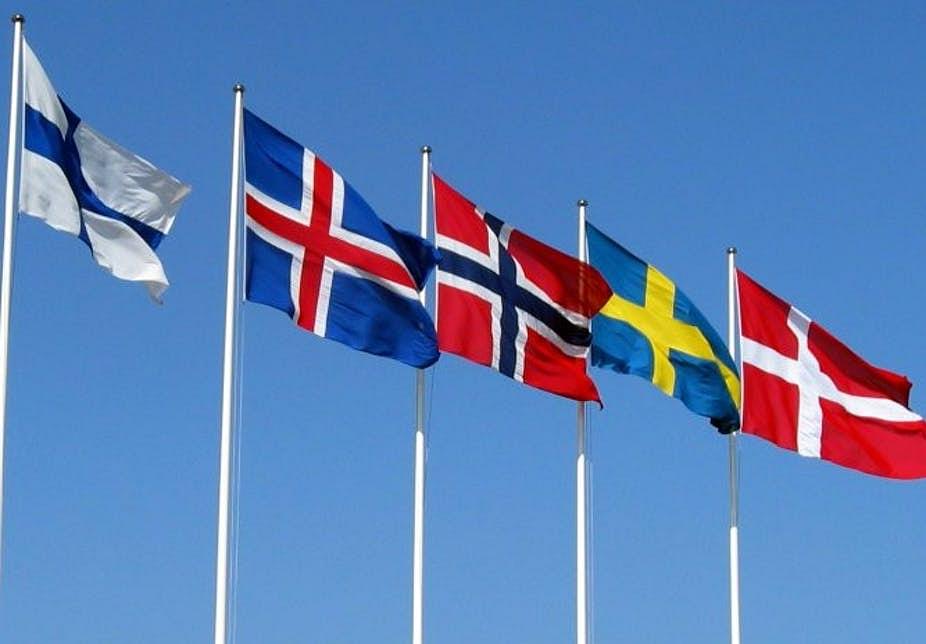 A recent news article in Mises.org stated that former Prime Minister of Sweden, Carl Bildt, had taken US Democratic Socialists like Bernie Sanders and Alexandria Ocasio-Cortez to task.

These Democratic Socialists had been projecting the Nordic countries (Norway, Sweden, Finland and Denmark) as socialist countries.

Bildt corrected them by stating that the Nordic countries are free market countries with some socialistic programmes.

To know more about the much debated Nordic model and its pros and cons, I recently read a couple of books on it.

Viking Economics: How the Scandinavians Got It Right – and How We Can Too (2016) by George Lakey has obvious left-liberal leanings and is gung-ho about the Nordic welfare society.

Scandinavian Unexceptionalism: Culture, Markets and the Failure of Third-Way Socialism (2015) by Nima Sanandaji is more of an academic monograph. It is written by a free market enthusiast and is more buttressed by research data.

He explains that universal education and healthcare were typical of Scandinavia even prior to the prosperity they became known for.

“The Nordics,” says Lakey, “decided that it was wise to invest significantly in education at all levels, and their decision has paid off handsomely — not only in productivity, but also in the experience of personal freedom.”

According to Lakey, earlier, the Nordic countries were feudal and dominated by “the rich elite” but after sustained nonviolent workers’ protests and strikes, the government yielded and they designed an economy that would serve the people, not the elite.

What were these values? Free healthcare, childcare, education through graduate school, old age pension, highly subsidised transit, low cost housing for the less wealthy and many other services that the poor of other countries don’t have.

Lakey asserts that the Nordic countries have “virtually wiped out poverty”.

This they accomplished by recognising the central idea of work since work is important for self-respect and the economic productivity of the country.

The work, however, is not back-breaking. Lakey points out that according to the OECD’s 2012 data, the average number of hours a person works annually in Norway is 1,418 while in the United States, it is 1,790.

Another OECD study showed that Norwegian workers’ productivity was 27.8 per cent higher per hour for hours worked as compared to the US.

Sweden is experimenting with a six-hour day apparently and claiming increased productivity.

The best-known part of the Nordic model may be the high taxes.

Lakey says that the high taxes are justified because in Nordic countries you get what you paid for.

He also points out that, in spite of the high taxes, the growth of Sweden (for instance) was higher than the US over the period from 2000 to 2010.

According to Lakey, the Norwegian entrepreneurs are not complaining, they actually view the tax rates as fair and transparent.

Lakey covers more ground, talking of the recent Nordic proposal of moving away from fossil fuels and towards renewables.

I personally don’t see how Norway would be able to divest entirely the oil wealth but Lakey says it is possible.

Towards the latter half of the book, Lakey refers to the economist Jeffrey Sachs who questions free marketers’ claim that high taxes reduce prosperity.

Sachs famously said: “On an average, the Nordic countries outperform the Anglo-Saxon ones on most measures of economic performance…[the free market economist Friedrich] Von Hayek was wrong.”

According to Sachs, the Nordic model is not Von Hayek’s “road to serfdom”.

It is instead the path to “fairness, economic equality and international competitiveness”.

Thus Viking Economics is a strong endorsement of the Nordic welfare society and urges that the US should take this route to prosperity and egalitarianism.

Let us now look at the other book: Scandinavian Unexceptionalism. The author Nima Sanandaji agrees that the Nordic societies are uniquely successful.

“Not only are they characterised by high living standards, but also by other attractive features such as low crime rates, long life expectancies, high degrees of social cohesion and even income distributions. Various international rankings conclude that they are among the best, if not the best, places in the world in which to live.”

But it would be a mistake, Sanandaji argues, to claim that Scandinavia is successful because of high taxes and the welfare state model.

The so-called “third-way policy” between socialism and capitalism is not the real reason for the success.

Yes, the Nordic societies have more equality but they were relatively equal even before the establishment of the welfare society.

Yes, there is no poverty in Scandinavia, but there are no poor people of Scandinavian origin in the US too.

It is not the success of the welfare state but the character of the people.

Third way policies were introduced in the Nordic countries between 1970 and 1995.

This only resulted in the undermining of economic freedom, lowering of entrepreneurship and crowding out of private enterprise.

“In 2004,” states Sanandaji, “38 of the 100 businesses with highest revenues in Sweden were entrepreneurial: in other words, started as privately owned businesses within the country. Of these firms, 21 were founded before 1913. Additionally, 15 were founded between 1914 and 1970. Only two had been formed after 1970. If the 100 largest firms are instead ranked according to how many people they employed, none of the largest entrepreneurial firms were founded after 1970.”

“How can this dramatic fall in entrepreneurship be explained? Why did Sweden become so heavily dependent on forms that were formed generations ago?....Clearly, one important factor is the changes in economic policy, towards the famous third way between socialism and free markets.”

While welfare seems very appealing to the layman, Sanandaji explains that welfare schemes are hugely misused as people go on frequent sick leaves and early retirement.

Welfare may have removed poverty, but it had made the population dependent on the state with “social poverty” being a deepening concern: social poverty is when young, able men support themselves on welfare with no studies, no clearly defined plan for the future, simply idling away.

After the mid-1990s, the Nordic societies realised their mistakes and began moving towards free market policies. This has allowed Sweden and others to avoid stagnation.

Sanandaji concludes by saying that normal economic rules that apply to other countries apply to Scandinavian countries too.

Coming to the present, the coronavirus pandemic has affected the Nordic countries hard, according to Bloomberg.

The Nordic model has come under stress. For instance, the unemployment rate in Norway in some sectors is 10-20 per cent.

This would lead to a reduction in tax revenues.

Norway has recently announced that it would be withdrawing $37 billion from its $950 billion Sovereign Wealth Fund.

This is a momentous decision, akin to when the Saudis announced the sale of a 5 per cent stake in the trillion dollar behemoth Saudi Aramco.

Finland doesn’t have a Sovereign Wealth Fund and is finding it difficult to cope.

It seems that the Nordic states will be forced to drastically trim their welfare systems in face of this unanticipated crisis.

They may have to slowly but surely revert back to free markets.