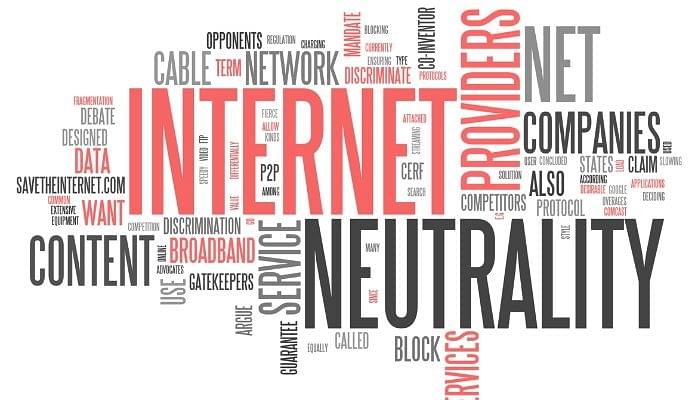 Why the Trai order is detrimental for innovation

By ruling against Facebook’s Free Basics type of innovation, which offers, hitherto undreamed of, free but limited access to data services, Telecom Regulatory Authority of India (TRAI) has regressed to a version of “ersatz Nehruvian socialism”, which persist long after Panditji. It would have astounded him that his thoughts are still evoked to preserve the privileges of a thin crust of 250 million elite Indians whilst doing little for the 700 million poor Indians. Consumer benefit has been sacrificed yet again for ideology.

Remember the car you used to drive in the 1970s? Most don’t, because it was an expensive, exclusive asset owned only by the rich. Even today Indian cars remain a rich person’s trophy because of the high cost of owning and using one relative to average income. Only 10 percent of the 230 million Indian households own a car. Ironically, the TRAI order of 8 February, 2016, is driven by a similar vision — preserving notional equity and freedom within a small bubble of 250 million well-off, “Internet connected” Indians owning smartphones.

Shunning innovation in the pricing of access to the Net under the garb of Net Neutrality has precisely this bubble effect. TRAI has decided to protect the existing ecosystem which privileges platform managers, content and app developers who today have unpaid access to 250 million netizens. But it ignores the need to grow this market to include 700 million Indians who are too poor to access data services other than phone calls and SMS.

TRAI’s vision of the www is like that of an owner of an expensive mall — keep the poor out. The net is like a Mall except that you have to pay to get in and guards are actively instructed to keep shabbily dressed people out so that rich customers can float through an air-conditioned heaven- just like in Dubai. The good news is that in the real world business serves the needs of the poor through street markets because the municipality facilitates it. In a TRAI ruled internet the poor are to shunned, exactly as in expensive Malls and no street market is to be made available for the poor. The poor are to be kept invisible – as in China or Rwanda where the strong arm of the State keeps the poor severely controlled.

It is unsurprising that the Congress which has made ersatz socialism into a family business should support “Net Neutrality”. But that this should happen under a government led by Prime Minister Narendra Modi which has vowed to “free” India from the social and economic chains of the past, shows that this government needs to put on its “thinking” cap.

Consider a large Indian company which may want to subsidise a telecom service provider (TSP) for providing free access to educational sites targeted at helping poor or Dalit kids crack the JIIT exam. The TRAI order disallows this effort.

Similarly, it bars a poor, pregnant woman, say on the outskirts of Patna, from availing free access to check the cost of having her baby in a decent hospital in Mumbai, where her husband works. Sorry, says the TRAI order. You must pay the TSP to access the Net.

It is hypocritical to simultaneously support free content-unhindered by state control whilst arguing against “affirmative action” for providing free access to the poor to socially relevant content, developed just for them.

It’s not only about Free Basics. It is the principle of killing innovation that’s the real concern. The Trai order kills innovation in developing socially relevant content for the poor because there is no way now of getting the content to them.

Free Basics is driven by commerce. Free access has to be paid for by someone. Today it is Facebook subsidising access, tomorrow it could be a Tata CSR project. In Africa, Net subscriptions of the poor are subsidised by foreign donors.

More practically, there is money at the bottom of the income pyramid. Activists, platform managers, content and app developers are being short sighted in ignoring the role of “free access” in getting them there. They lack the business vision of Hindustan Lever which innovated shampoo sachets two decades ago to give every woman an affordable taste of luxury. Or do they fear that international players with deep pockets may get there first before they get their act together? Are they using the garb of “Net Neutrality” as a fig leaf for self-preservation? Do existing Indian players, TSPs want to keep Facebook out so they can do the same once they become big enough?

All IT start-ups attract customers by subsidising prices. Take Uber, Flipkart or any other. The fear that they will start increasing prices once they get bigger is misplaced because unlike the bricks and mortar world entry barriers are low in the digital economy which ensures sufficient competition to keep each big player on their toes.

Guarding against predatory pricing is a slippery slope for TRAI. It can result in taking the fizz out of e-commerce which is growing by out-pricing the corner mom and pop store and traditional taxis by relying on serial funding from investors, not profits to fund unheard of price discounts. In any case India has laws and the Competition Commission of India to regulate dominance and monopoly. TRAI is hardly equipped to rule on anti-trust issues.

Ironically, whilst making it easy to do business for “start-ups,” we are killing commercial innovation by business biggies. Can an “innovation” friendly eco-system really be sliced and diced, such that it is a “free market” for start-ups but a stiflingly regulated environment once they become a business biggie, like Facebook? In the virtual economy startups grow on the strength of innovation not government protection. In any case, the record of ersatz socialism in growing small industry via protection is miserable. The Indian Telecom industry, the only success story of privatisation and reform, has grown from being yesterday’s “start-up” to today’s business biggie. Why discriminate against it because it has been successful?

Must be fair to all stakeholders

There is a symbiotic relationship between TSPs, content providers and app developers. TSPs, represented by Cellular Operators Association of India (COAI), buy expensive spectrum from the government, install and maintain the telecom network to link-in netizens and ensure that the number of eyeballs grows. If the content available is attractive, netizens spend more time surfing, thereby boosting TSP revenues. They enrich app developers by buying an app off the Net.

To access content on Flipkart, Snapdeal, Amazon, Uber or Myntra there is no additional charge other than the Internet access cost. So are these companies just plain generous? No. Like Facebook or Google, they make their money by selling the data they gather from the netizens — demographics and preferences — to market analysts and sometimes to governments; they leverage their eyeball score to increase advertising revenue and get additional private or public equity funding. This is the money they burn to offer fantastic discounts and out-compete brick and mortar pop and mom stores.

So why does National Association of Software and Services Companies, an Indian IT lobbyist, support the Trai order? Because it is in the interest of the software developers and content providers they represent to try and hang-on to the freebie they have — the roving eyeballs of netizens for which they pay nothing.

Indian activists are fond of using the United States as an exemplar of non-discriminatory pricing access and the trenchant advocacy of Tim Berners-Lee – the inventor of the www-for net neutrality. This is their Brahmastra to clinch the argument for “Net Neutrality”.

This is unsurprising. For most netizens, the US is the mother lode of innovation, which it certainly has been. But cut-paste is bad tactics for good governance. The context in which things work is key. Activists and governments routinely overlook the difference in context in a slavish tendency to adopt best practice international templates.

Why the US is different

The bottom line is that despite its rhetoric on “net neutrality” TRAI is technically incapable to monitor data services to detect instances of blocking or preferential access for content favoured by TSPs. This why it has opted for the blunt instrument of a complete ban on commercial innovation in pricing and financing. This is the worst option driven by regulatory incompetence not by high minded adherence to principles. A sad comment on the state of regulation and of consumer protection in India.

This article was originally published in the Observer Research Foundation (ORF) website and has been republished here with permission. ORF is amongst the leading think-tanks of India.