Want To Build An Amusement Park? The Government May Not Like It! 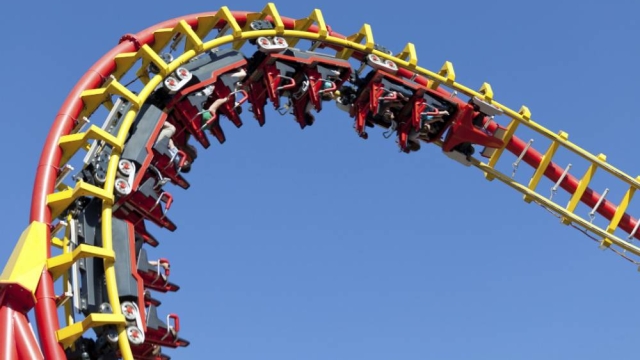 The local authorities and the state government were looking at the project with suspicion. They thought that our claim of setting up an amusement park was an excuse, that our real motive was to use the land for real estate development, which was not allowed. They did not issue approvals for the park for many months. The government departments did not have any idea about amusement parks. They did not have any rules and regulations to go by. The local MP was Ram Naik of the BJP and he, too, was opposed to the park. This piece of land was on the coast and Ram Naik said there were fears it would affect the ecology of the area. We tried to convince everyone that the park would in fact enhance the environment.

We were looking for ways to convince the government about our intentions. Our PR agency had a good idea. The Central government was planning to celebrate the birth centenary of Pandit Jawaharlal Nehru in a big way. There was a Cabinet committee set up to plan multiple projects during the centenary year. The PR agency suggested that we should dedicate this amusement park to children. We would call it Children’s Park in honour of Pandit Nehru’s love for children. And if the Cabinet committee approved it, we thought that the state would give us its full support to develop it.

I went to Delhi and met P. (Bob) Murari, who had just stepped down as Cabinet secretary and who was coordinating/heading the Cabinet committee for Nehru’s centenary celebrations. He liked the idea and it was discussed in the committee, too. Rajiv Gandhi was the chair of the committee as prime minister.

I must say here that I did not have one-on-one meetings with Rajiv after he became prime minister. I met him with others but our interaction was limited.

When the project was suggested to the Maharashtra government, it received a lukewarm response. It was 1988, and Sharad Pawar was the chief minister. As it happened, the relationship between Sharad Pawar and Rajiv Gandhi was very prickly. Rajiv was not happy with Pawar and did not want him to continue as chief minister. Therefore, Pawar was not keen to help in any project suggested by the Centre. Thus the plan to include the park in the centenary celebrations fell flat.

I was back to dealing with the state government directly. I had to somehow convince Pawar. I used some common friends to request him to have the project cleared. He agreed to approve the project, but did not go out of his way to support it.

I was firm on my decision to build the amusement park. In order to expedite the project, I decided to stay put at the site. I bought a mobile caravan from the UK and stationed it at the park site. I started living in the mobile van to oversee the work. It was my office and residence for about eighteen months during 1988-89. Since permanent structures were not allowed in the area, we had to make do with temporary structures for workers and other executives. This was not new to me; I had stayed in a jungle-like area for a year in 1983 when the first Essel packaging factory was being built.

We slogged and struggled and managed to complete the first phase of the amusement park in eleven months. We had decided to name the park Essel World. Though the name sounds as if it was the natural extension of the group’s name, this was not so. We had started a public competition to name the place. We had invited Mumbai’s citizens to suggest names. We explained that the park would be built in five phases, and each phase was explained to the people. Out of the thousands of entries we received, they picked the name ESSEL (Educational Sports and Science Exhibition Land). Hence it came to be called Essel World.

Chief Minister Sharad Pawar inaugurated the park in December 1989. Even though Ram Naik attended the inauguration, he was vocal about his apprehensions. He continued his criticism even while he addressed the gathering from the dais.

Today, even after twenty-six years, we have still not received a municipal water connection to the park. Perhaps the municipal corporation believes its duty is to provide water to residents but not to tourists. This even though we pay a large amount of taxes and most of the visitors are from Mumbai. Initially, the city bus service run by BEST, too, refused to offer a connection to the park.

The worst was the taxation on the park. The government applied a 150 per cent entertainment tax on the entry ticket, as applicable to cinema at that time. While the price of a single-entry ticket was Rs 50, the tax was Rs 75. I appealed to Sharad Pawar again, pointing out that the park was meant for middle-class consumers. He instructed the chief secretary in my presence to ‘look into the issue’. Though later, apparently, Pawar privately told him not to reduce the tax. But we continued to fight for lower taxes.

(Extracted with permission from The Z factor: My Journey as the Wrong Man at the Right Time by Subhash Chandra with Pranjal Sharma, published by HarperCollins India, 2016)