What India can learn from American exceptionalism 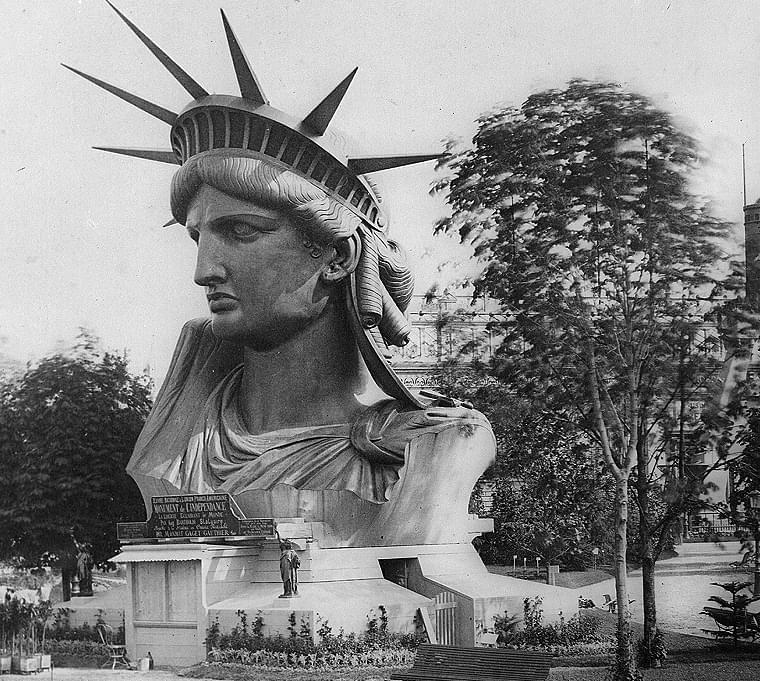 Creating an Indian version of exceptionalism requires looking inwards and piercing through the intense post-independence politicisation of history and dropping the absurd idea that patterns in history and development have to be similar in all countries.

“Keep, ancient lands, your storied pomp!” cries she With silent lips. “Give me your tired, your poor, Your huddled masses yearning to breathe free, The wretched refuse of your teeming shore. Send these, the homeless, tempest-tossed to me, I lift my lamp beside the golden door!” – Emma Lazarus (The New Colossus)

The first time I saw the Statue of Liberty, it was a cold, windswept morning on my first trip to America. Huddled in a hand-me-down jacket, I remember peering at Lazarus’s glorious sonnet engraved on the base of Lady Liberty, a clarion call to the world’s downtrodden, conveying an image of a land rife with opportunity where by the dint of sheer hard work, you could make your dreams crystallize into reality.

Equality and social mobility are the noble tropes hidden in those lines, heralding a future where the overpowering baggage of class, kinship and tribe is cast aside, and you can be free to chase your desires. Welcoming migrants arriving across the grey waters of the Atlantic, these words exemplify the foundational ethos of America, hinting at a land defined by the grandiose idea that national identity is not based on any shared history, but instead on a shared ideology.

The Declaration of Independence set forth the tenets of America’s foundational ideology — a commitment to liberty, individual freedom, faith in free will, republicanism, egalitarianism and laissez faire. These values are at the root of the construct of American exceptionalism, a portrayal of America as a unique land where the nation is defined in terms of an ideological commitment to a set of values that empower citizens to realise their version of “the good life.”

Much has been written on the validity of this construct and whether it mirrors reality in the modern context. Indeed, the historical facts of America’s unbridled pursuit of economic and military hegemony, the genocide perpetrated against the indigenous population and the erstwhile tolerance of slavery suggest that the impulses of equality and liberty have been selectively applied. Yet, even if the construct of American exceptionalism has never transitioned into reality, its success in building a compelling brand is undeniable.

This dominant national narrative of America has captured the minds of millions around the world and inspired many to wend their way to the US, often with little in their pocket except an inextinguishable optimism in their future. The creation of an appealing narrative, embedding it into the national consciousness and marketing it effectively to the world, is at the root of America’s success.

Indeed, much of America’s recent floundering on the global stage can be correlated with an increasingly disjointed national narrative. Researchers have portrayed economic mobility in recent times to be less in the US than in Canada or Europe. Income inequality and wealth inequality have also been rising at an alarming rate and have become a key political battleground.

An increasingly predatory state as evidenced by the doings of the NIA, a militarised police force and depredations on minorities in the post-9/11 era have come to the foreground. These events have deeply wounded the construct of American exceptionalism, puncturing the narratives of equality of opportunity, social mobility and individual freedom.

Every country must craft its own narrative of exceptionalism. Such a narrative frames what a country’s authentic, best self looks like and builds belief among the citizenry that this self can be achieved. It provides a compass of ambitious values that orient the state and the individual, motivating both to reach their best selves.

It can engender a competitive advantage in the global marketplace of nation-states, appealing to investors or prospective skilled migrants. Further, from the perspective of effective diplomacy, framing a unique national narrative imbues a country with a certain strength that informs and brings consistency to its actions on the world stage and is vital for any country that aspires to be a leader on global policy conundrums.

Encouragingly in the Indian context, strands of a coherent Indian exceptionalism are beginning to emerge for the first time since the Nehruvian era. It is vital that political and civil society leaders take note of the American example to craft a similarly lofty and alluring national narrative that is entirely built on the strengths and values of India.

The values of the Nehruvian era were marked by a commitment to socialism, egalitarianism, secularism and a moralising tone of diplomacy made evident by the policy of Non-Alignment that envisioned India as a moralistic force on the world political stage. A shift in values has since taken place. Socialism has now been firmly consigned to the past, the nature of Indian secularism is hotly debated and in flux, while an emphasis on realpolitik has begun to seep into Indian diplomacy, especially with the advent of Prime Minister Narendra Modi.

It is this societal churning best symbolised by the Modi wave that is at the root of the resurgence of an aspiring Indian exceptionalism, imbued with a commitment to the free market and wealth creation, a massive demographic dividend, the freedom to unabashedly chase material prosperity and harnessing of jugaad  to foster unique technological and managerial achievement. In addition to the above, a pledge to democracy and minimum government are also some of the components of the “Brand India” that Modi is attempting to build.

However, in a period when the idea of India is being re-forged, forces from across the political spectrum are competing to leave their stamp on this half-formed concept of Indian exceptionalism that has begun to emerge. In a time like this, it is vital for the leaders, who hold India’s tiller, to not build a national narrative that is merely politically expedient or only conducive to the achievement of economic goals. The aim should be to rise above the current emphasis on ethnic nationalism and technocratic economic growth, to build a robust ideological consensus that has a grandiose moral sweep and aims to create an inclusive, equitable, and authentic environment that allows India and her people to strive to achieve their best selves, both materially and spiritually. The creation of such an ideological consensus is vital to India’s ascension to a great-power status.

The narrative of American exceptionalism has held sway as it holds immense moral force on paper. Indian thinkers and strategists should not neglect this point. Creating such a national narrative first requires discerning and furthering the native characteristics that have made India distinctive and significant. The task involves looking inwards and piercing through the intense politicisation of history that has become a hallmark of the post-independence era to determine the evolving strengths and values that have nourished this great civilisation-state and kept her strong over the centuries. This process needs to begin by dropping the absurd idea that the pattern of history and development has to be similar in all countries.

Yet, the leadership to discern, build and maintain such a lofty, indigenous construct that is imbued by moral force is conspicuous by its absence. The pursuit of political glory hampers the framing of a truly befitting narrative of Indian exceptionalism as it compels one to establish oneself against others and incentivizes actors to pursue the swiftest and surest route to power, even if that furthers conflict and discord.”Sadly, Sahir Ludhianvi’s immortal words from the 1950s still ring true today.

Rutvij Merchant is a third-year student at Northwestern University, Chicago, majoring in Political Science. He spends his free time playing cricket on the shores of Lake Michigan.
Get Swarajya in your inbox everyday. Subscribe here.
Tags: