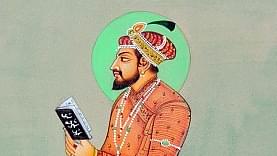 The exact moment is difficult to trace, but sometime in the early 1990s, scholars of Indian history that once eschewed politics and polemics in equal measure, descended from their ivory towers and became activists pursuing an ideological agenda.

So it was that Harvard’s Michael Witzel dove headlong into the California textbook drama; Wendy Doniger struck a nerve with her Freudian eroticisation of Hindu divinity; and Sheldon Pollock began reading oppression back into every Sanskrit text.

Perhaps it was the liberalisation of the Indian economy, rise of an English speaking middle class in India, or even the advent of the internet, but Hindus in India and the diaspora were no longer unaware, and the interplay between Indian historians and the laity has been turbulent since.

I have written before of the great slide of academics into activism, and how credentials are wielded to advance political ideologies. Those credentials offer academics a dual advantage in their activism: a platform to advance interesting but factually unsupported arguments, and the ability to ignore evidence presented by a variety of individuals (including non-academicians) under the garb of academic freedom. It should come as no surprise that the offspring of the Donigers and Pollocks take a cue from their teachers.

And so it is that Audrey Truschke, who considers both Doniger and Pollock among her mentors, arrives on the scene with a hagiography of one of Indian history’s most brutal, repressive tyrants, Aurangzeb. Aurangzeb: The Man and the Myth, Truschke claims that her book is not meant as a hagiography, that she does not seek to lionise Aurangzeb, but simply humanise him as a complex character. But Truschke makes no bones about the ideological pursuit in revisiting Mughal rule, with Aurangzeb as its focal point:

Hindu nationalism is an ideology with little, if any, grounding in Indian history. For most of its past, India was neither Hindu nor a nation, in the sense that Hindu nationalists typically use these terms. Mughal rule, a period in which a Muslim minority ruled over a Hindu majority in South Asia, embarrasses Hindu nationalists. If, as Hindu nationalists aver, India has long been a Hindu nation, why was it for a long time ruled by Muslims? ...Often, the true purpose of a historically condemning Aurangzeb is to galvanise anti-Muslim sentiments.

Truschke, who enjoys baiting twitterati with her jabs at the Indian political right with subversive championing of Mughal rulers as an educated, cultured elite, declares in the preface that her project to reinterpret the reviled despot began with a conversation on Twitter. And the book was produced, among other reasons, she writes, because of a move to rename a road named for Aurangzeb in New Delhi.  There is no effort to hide the activism inherent in Truschke’s work.

For a young professor at a regional campus of Rutgers University, Aurangzeb is a ticket for quite a bit of attention. Perhaps being a sometime-mentee of Sheldon Pollock of Columbia will raise an eyebrow or two, but re-imagining an emperor who called himself Alamgir (thief of the world) and who ruled with a sword in one hand and the Qur’ran in the other? There is no easier way to rile lay readers, historians, and every media outlet in India.

Positioning herself as a scholar seeking to rescue not only Aurangzeb’s history, but contemporary Indian politics, Truschke knows very well that she will be toasted by a section of India’s political left opposed to the current dispensation, and reviled by an active army of Indian nationalist and right wing twitterati. It is a heady place to be for a scholar seeking to make a name and sell books: loved and loathed.

But begin to examine Truschke’s work and the strain on credulity becomes clear. Yes, historians agree that four million Indians were killed under Aurangzeb, but Truschke blithely brushes it off as “questionable.” Yes, Aurangzeb killed all of his brothers and jailed his ailing father, Shah Jahan, for life, but that was just what Mughals did. Nay, Truschke says, it was good, because the fratricide strengthened the eventual ruler’s hand!

Sure, Aurangzeb levied jaziya, or a tax, on all non-Muslims and engaged in mass conversions, but this was just a tactic to coalesce his rule. True, Aurangzeb brutally tortured and decapitated the Sikh Guru, Tegh Bahadur, or Shivaji’s son, Sambhaji, but that was just what a king did to control territory. And yes, Aurangzeb destroyed Hindu temples – but not thousands, just several dozen!

Aurangzeb was just being an emperor of his times and stop judging him by modern standards Truschke demands – even if Aurangzeb echoes in the carnage of ISIS.

Credit Truschke with uncommon alacrity to whites-plain to a billion Indians (not just the plethora of Twitter handles arrayed against her) that the massacres of their ancestors passed down by oral tradition, documented by contemporaries and catalogued by historians, is well, deniable.

That the suffering of those who rose to oppose Aurangzeb – heroes that every civilisation craves to inspire coming generations – was just the collateral damage of an emperor’s ambition.

Not even Truschke ventures a denial that Aurangzeb destroyed temples that ranked among the holiest for Hindus. Take three examples: The Kesava Deo temple where Lord Krishna was born, the Kashi Vishwanath Temple in Benares, and the Somnath temple in Gujarat. Those temples were of incredible significance, and their destruction was only meant to terrorise Hindus of his era.

Must those sins be explained away? Instead of allowing a plural Indian democracy to face the holocausts of its past and present and then reconcile them, Truschke and her ilk deny catharsis in the condescending belief that Indians don’t want the truth – they can’t handle the truth.

Truschke is not the first to minimise the evil that Aurangzeb personified. Romila Thapar, Ram Punyani, D N Jha and many others have played the activist game of minimising the evil of Mughal tyrants so as not to “agitate” the ignorant masses.

But Truschke is perhaps the first in the age of Twitter to engage in atrocity denial and grab the mantle of a young academic standing tall against Hindutva trolls who, not known for subtlety or command of articulating thoughts in 140 words, play their part in over-the-top online attacks. These attacks, in turn, win click-bait headlines in Indian media, help sell her books, and beckon Marxist historians enjoying repute in India to rush to her defense.

The reviews of Truschke’s book are decidedly mixed, and lay historians are making attempts to rebut her most provocative contentions. Truschke, though, brushes off these critiques with an easy retort: they are not scholarly. But Truschke herself denies that Aurangzeb is a scholarly work.

Not even a rigorous endeavour – no peer review, and she dispensed with footnotes and diacritical marks throughout the book, simply listing biographical references at the end of the book.

All of this is amusing, but Hindu Americans can’t ignore the stakes.

For even though Truschke’s work is not academic in nature, her scholarly credentials infuse her book with the imprimatur of objectivity and erudition. It is not a long journey from the lay press to a history textbook in California where Hindu Americans have spent nearly a decade questioning, debunking and removing academically legitimised myths of the Aryan invasion into India, to take one example. And just last month, Hindu Americans were treated to another academic at home in popular media, Reza Aslan, sharing his wildly erroneous understanding of caste and running along a Ganges river bank from Aghori monks practising their eccentric rituals.

Scholar activists like Truschke enjoy privilege. Access to publishers, support of an academy invested in similar ideology, access to ideologically aligned dominant media and ownership of the most crucial currency of all – credibility. But how long can each of us in the academy count on that currency? Can one leverage credibility to such an extent that it is rendered worthless? The reception to Truschke’s book will answer that question.

Aseem Shukla, M.D. is an Associate Professor of Surgery at the University of Pennsylvania. He is co-founder and member of the Board of Directors of the Hindu American Foundation (www.hafsite.org). Views expressed here are his own. He tweets @aseemrshukla.