After Aircel Merger Off, Anil Ambani’s Best Hope Is To Dump RCom And Exit 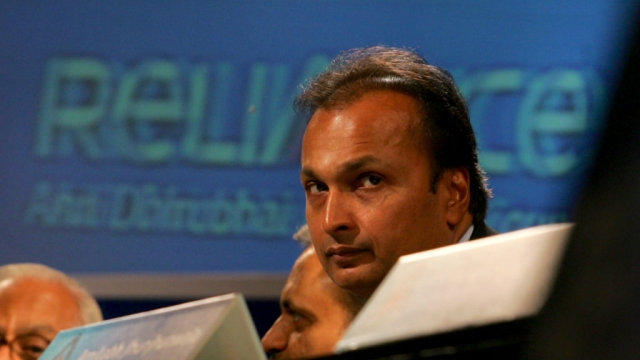 The scrapping of the proposed merger between Reliance Communications (RCom) and Aircel should come as no surprise to any keen watcher of the deteriorating telecom scenario. A merger between tottering players was always unlikely to produce one strong player, and right now RCom and Aircel are better off cutting their losses and preparing themselves for a takeover rather than trying to hang on to the merger idea. You can’t compete in the telecom marathon by preparing for a three-legged race with an anaemic merger partner.

With this, Anil Ambani is now one step closer to presiding over the dissolution of his telecom kingdom. Since there is no possibility of him finding the money to reinvest in the business, he has to sell out – either RCom as a whole, or in bits and pieces.

When the plan for a three-way-merger between Sistema, Aircel and RCom was announced in December 2015, I had noted that it would not work. That prediction has now come true.

The official reasons given for calling off the merger include “inordinate delays caused by legal and regulatory uncertainties, various interventions by vested interests, policy directives impacting bank financing for telecom and changed industry dynamics.”

But this is how the translation looks: “Delays caused by legal and regulatory uncertainties” could refer to court restraints on Aircel from selling its 2G spectrum, and Telecom Regulatory Authority of India (TRAI’s) decision to cut the Interconnect Usage Charge (IUC) from 14 paise per call terminating on a network to 6 paise; the reference to “various interventions by vested interests” could be a reference to shareholders who went to court on frivolous issues, and parties like Ericsson, which has filed insolvency proceedings to recover Rs 1,154 crore, according to a Mint report; “policy directives impacting bank financing” could refer to the Reserve Bank of India’s new powers to force banks to resolve bad debts, which will surely impact RCom, which has over Rs 47,000 crore in debts; and “changed industry dynamics” obviously refers to brother Mukesh Ambani’s entry in telecoms with Reliance Jio.

Jio’s super low tariffs have pushed the rest of the industry into consolidation and losses. According to TRAI, in the quarter ending June, average revenues per user were down to Rs 80 from Rs 83 in the previous quarter for GSM players, and from Rs 131 to Rs 124 for CDMA players. RCom plays in both technology segments.

Right now, RCom is staying afloat only because banks have agreed to a standstill agreement till December, avoiding a formal declaration of the company as a defaulter.

Given the scale of its debt, RCom has only two alternatives: one is to sell off assets, and the other is to exit completely. Selling off assets means offloading a 51 per cent stake in the tower company, Reliance Infratel, for around Rs 11,000 crore. But that valuation may not hold now, since the Aircel deal is off, and the assumption that Aircel will also use those towers is no longer valid. The tower sale deal with Brookfield may thus be reworked around a lower valuation.

Asset sales may also include Reliance Infra’s Mumbai power generation and distribution assets, and BusinessLine has reported one bid for around Rs 13,000 crore from Greenko. But the Mumbai power distribution company is a crown jewel, and selling it means Reliance Infra will be a shadow of its former self once it is sold. Last year, it had sold its cement unit to Birla Corp, and it is said to be trying to flog its toll road assets, perhaps for as much as Rs 9,000-10,000 crore.

But here’s the point: the proposed sales, whether of the towers business, or the road assets, have been bandied about for years, and they have simply been delayed to the point where Anil Ambani cannot drive a hard bargain with potential buyers. When buyers know your financial position, what is the chance that you will get a good price?

Even for Aircel, going it alone could result in a faster deal than trying to throw all the assets in the pot with RCom and then hoping for the best. A merger only means a bigger debt pile in the merged entity.

Now, as a standalone entity, Aircel may find it easier to sell to the highest bidder, though there will obviously be no net price to be received by the seller. Telenor exited by hawking its Indian business to Airtel for effectively a zero price. What it gained was an exit from its debts and spectrum liabilities.

It should be clear who is slipping. It is RCom, not Aircel, which has stronger promoters in Malaysia’s Maxis.