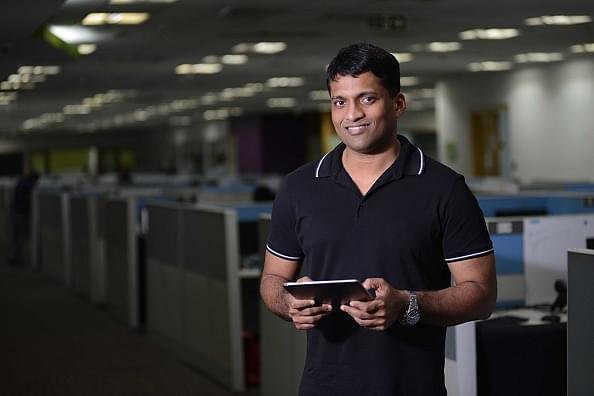 Indian educational technology company Byju’s has clinched the title of being the most valuable firm in the field of EdTech in the world since its official launch in 2015.

Now, according to co-founder Byju Raveendran, the company is planning to go public by April 2023.

The EdTech giant on 5 April announced its acquisition of the Aakash Educational Services Limited (AESL), through a strategic merger, to boost its presence in the test preparation segment in India.

The deal between Byju’s and the 33-year-old chain of physical coaching centres, AESL, is worth close to $1 billion — which is around Rs 7,300 crore. This is the biggest acquisition by the Bengaluru-based startup to date.

AESL owns and operates over 200 physical centres all over India and is aimed to provide the best test materials for engineering and medicine students.

The founders of the educational institution and Blackstone Group stand to become shareholders in Byju's, which is currently valued at $13 billion.

Raveendran told Mint during an interview that the acquisition with AESL had been made to solidify its blended hybrid model of offline and online learning.

"We could have created a hybrid model [for test preparation] ourselves, but that would have taken us 2-3 years to build and a total of five years to show results,” added Raveendran.

“Hence, with Aakash, we saw a real synergy coming together of conceptual learning," said the founder of the Indian EdTech giant.

He also explained the difficulties in replicating the thoroughness and intensity of competitive online exams.

"You need a group studying environment and some interactions with teachers during preparation, which can only be achieved through offline play,” said Raveendran.

But according to him, the acquisition will allow the offline and online worlds to come together in “the best possible way".

The founder of the Indian startup also talked about the IPO plans and said that going public was a clear option for the company, considering its continuous growth.

Byju’s is aiming at an 18-to-24 months timeline to look at the public offering. But as per Raveendran, it would take more time as “we are in no hurry and will look at the right market timing".

As reported, Raveendran said the company was also looking at a few more acquisitions to drive international expansion.

"However, there is always that strategic decision to buy or to build. What is important for us is whether we can provide a synchronous offering of our acquisitions to our customer base," added the Indian entrepreneur.

At this moment, Byju’s has 5.5 million annual paid subscriptions and more than 80 million students learning from its platform.

After the Coronavirus pandemic hit the world in 2020, like many other countries, students in India were also advised to stay at home and join online classes to continue their study.

During that time, specifically between April and September last year, Byju's added almost 45 million new students to its platform.