Can Communist Kerala Grow Out Of Its Apathy For Ease Of Doing Business? 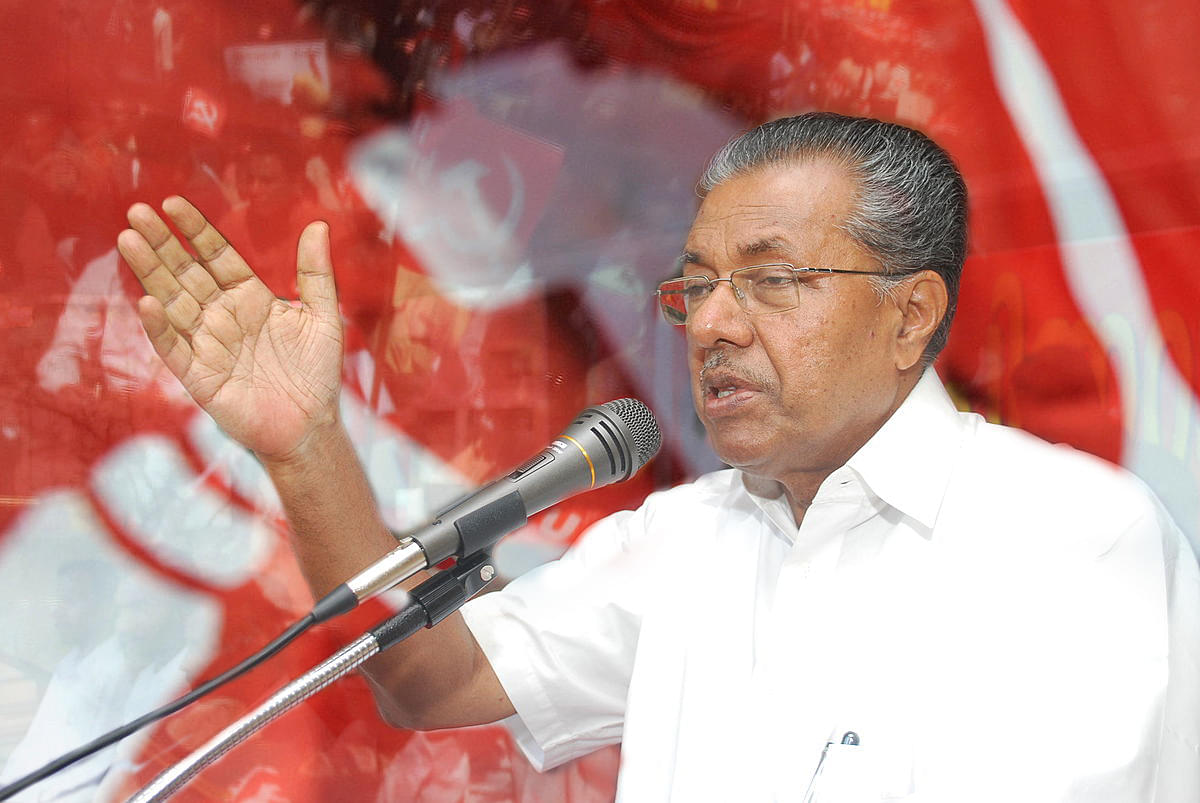 “Economic progress cannot be achieved without industrial progress.” This saying of the great social reformer Sree Narayana Guru was quoted by the Finance Minister (FM) of Kerala, Dr Thomas Issac, during this year’s budget speech. He may need to rework on his speeches, if you go by the latest state-wise Ease of Doing Business (EoDB) rankings released by the Department of Industrial Policy and Promotion (DIPP) with the assistance of the World Bank.

Kerala has scored an insignificant score of 26.97 per cent, placing itself at the 20th position, two rungs down the 2015 ranking. How serious is the Communist Government in Kerala about EoDB? Just as the FM had missed out mentioning ‘Ease of Doing Business’ in his budget speech, Chief Minister Pinarayi Vijayan, who currently handles the Industries portfolio (after the Industries Minister stepped down, due to nepotism charges), has failed even to make a statement about Kerala’s dismal state of business affairs. This discredits his reformist stand to appoint Gita Gopinath, a liberal economist from Harvard as economic advisor, get KPMG to advice on EoDB and talk about private investment in public domain.

Given the aggressive push by Prime Minister (PM) Narendra Modi and his team to improve EoDB and the larger benefits to be accrued to the consumer state of Kerala (GST included), it is pertinent to note how states like Kerala need to seriously approach such initiatives moving beyond ideologies and idiosyncrasies.

An affirmative explanation for Communist antipathy to business reforms may lie in its stand against capitalism. Communist leaders view PM Modi’s ‘Make in India’ initiative as pro-capitalist and have flouted the Centre’s labour reforms, considering them as ‘sacrificing labour for profit’. There is lingering discontent over ‘neo- liberalist’ Gita Gopinath’s advices, which have been hard to digest for some of the ’party intellectuals’. Any mention of the word ‘privatisation or ‘liberalisation’ draws staunch reaction from the leaders and the cadre alike. This should be seen in the context of decreasing number of big and medium industries operating out of Kerala, the large number of Keralite’s migrating to Gulf countries coupled with the continuation of ludicrous policies like liquor ban. “Just as the Marxist Party had objected to computers when they were introduced, they are now opposing the global education meet,” remarked former diplomat TP Sreenivasan, following the slapping incident by a student wing leader of SFI at a conference on ‘Opening up Kerala’s Higher Education Sector’. This summarises what has gone wrong with the Communist Party’s public discourse and upholding rule of law.

The impending oil crisis, the poor quality of higher education in the state, the high rate of unemployment and sheer modicum of industries are going to hit Kerala hard. These issues are likely to lead the confrontation between reforms and ideology for the Communist Parties, forcing them to adopt a ‘Chinese’ attitude towards enterprises and recognise the force of the market. Currently, Kerala is a debt-ridden economy with waning agriculture and burgeoning unemployment and underemployment. Further, it is witnessing the ills of an ageing population, high suicide and divorce rates with a tendency to break down unable to cope with its socialist commitments.

Kerala and Tripura, the only states with Communist-run Governments in India occupy 20th and 22nd positions respectively in the current State EoDB rankings. Kerala had only implemented around one-fourth of the reforms, while Tripura’s percentile score hovers around 17 per cent. In the case of Kerala, the Congress Party has an equal role and responsibility for its dismal performance. Tripura, which is a Communist bastion, has Manik Sarkar donning the CM post since 1998. The DIPP has categorised both the states in the bracket of ‘jump start needed’, which would necessarily translate into requiring a revolution of reforms to compete with other states.

Kerala has been a laggard in implementing labour reforms, while Tripura has scored poorly in transparency enablers. Kerala has been quite progressive in the case of environmental reforms compared to Tripura, though it had stopped short of giving exemptions from environmental clearances. However, it would be critical for the current Communist Government to redraw its priorities if it needs to perform better in the next EoDB assessment and rankings.

Consulting Kerala’s vibrant and strong civil society and academia should be an objective exercise because of the leftist prevalence. Another significant aspect is demarcating land for industrial purposes, a reform step implemented by both the states. This resonates with the Special Economic and Industrial Zones of China, which the Indian Government had adopted and the Communist Party had favoured. It is a dichotomy that Communist governments support industrial zones, which are more of ‘No- Regulatory Zones’ with less labour protection and high workforce in the private sector.

With both the governments embarking on Emerging Kerala and Invest Tripura Summits, they need to transform radically to move beyond the rhetoric. The increasing opportunities in infrastructure, especially after Adani–Vizhinjam port tie-up in Kerala and the lifting of the ban on Bangladesh investments in Tripura should spearhead the states into action. Both the states need to tap into the medium and small scale sector and its human resources, which means to improve the ‘de-regulation process’ and build on its strengths. They need to move beyond ‘Rubber Economy’ (the states are the top two in rubber production), wherein Kerala should look westward and Tripura to the east in tapping their geographical advantages to attract investments.

The remittances and service sector have been saving Kerala until now, while Tripura is yet to tap its natural resources. Both the states (and their communist leaders) should realise the need for handholding private players and develop strategies for private investments. Kerala’s service sector has already tasted the success of private enterprises and hence need not antagonise private participation.

Prioritising public investments is definitely required especially since both the states have achieved high in human development indices. Niti Aayog’s PSU divestment plans need not be opposed bluntly, but carefully synergised for asset reconstruction and debt restructuring. One area where the states, owing to their small size, need to concentrate is on building strong local governance systems through decentralised planning. As the party has been ideologically supportive of the decentralised system, it is likely to be an effective model for industrial growth, which may be difficult to implement in larger states. This of course means a significant overhaul of the local governments, moving away from a big size government and developing a professional cadre for interfacing and integrating industries and localities. Property taxes, industrial cesses, pollution norms, clearances etc will have to be streamlined and systematised to assist entrepreneurs.

The antagonistic attitude towards liberalisation and apathetic attitude towards private participation will have to be demolished if the states need to progress. Frequent interactions with industry and sector representatives should be the norm. This would significantly improve the business climate on the ground. The state requires a rightist solution to a leftist problem by deregulating key sectors, enabling ‘minimum government’ by reducing the size of the government, upholding rule of law, developing a competitive market and encouraging entrepreneurship and private enterprises. After all, Communism speaks of the withering of the state with industries run by the workforce. Facilitating opportunities for all based on their abilities therefore synchronise with the larger vision of the EoDB reforms. An entrepreneurial driven society with strong institutions runs parallel to a strong society where businesses thrive.