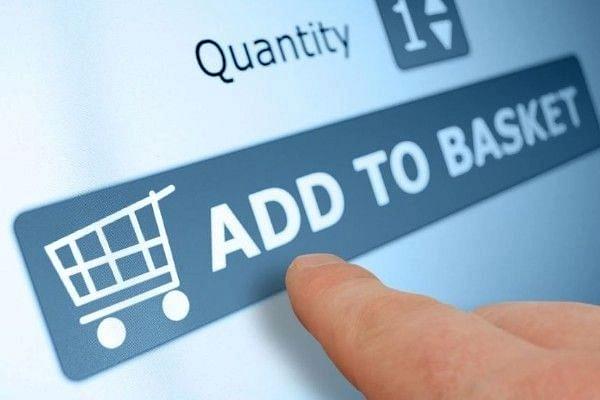 Epochal events often drive transformation for entire industries in a short period of time. The Covid-19 pandemic has been one such driver of e-commerce adoption and growth in India. It is said that there are decades where nothing happens, and there are weeks where decades happen. This pandemic has had a similar lasting impact on the acceptance of e-commerce.

The pandemic forced people to stay indoors, yet daily living demanded the same necessities. The easiest way to procure these goods was through a no-contact, home delivery ecosystem. Further, the e-commerce growth was also facilitated by the increased adoption of online shopping along with digital payments by "first time" users. The geography barrier on digital shopping also broke as non-metro tier two and three cities also witnessed increased uptake. The increasing digitisation of small businesses across the country and hyper-local logistics, in turn, created favourable supply-side factors.

The pandemic has helped change people's mindsets, who were typically used to a "touch and feel" shopping experience to online shopping done at the safety and convenience of one's home. Social distancing and contactless delivery have stood out as key features of this mindset change. The last quarter of 2020 saw India e-commerce grow by 36 per cent and 30 per cent year-on-year in terms of order volume and gross merchandise value (GMV), respectively, as per the e-Commerce Trends Report, released by Unicommerce and Kearney.

Personal care, beauty and wellness volumes grew by 95 per cent, and fast-moving consumer goods (FMCG) and healthcare category volumes witnessed a 46 per cent year-on-year rise. Websites of many leading brands reported a doubling of traffic they handled pre-pandemic. Tier two and three cities accounted for a whopping 90 per cent year-on-year incremental volume and value growth.

The Indian experience is no different from other parts of the world, even though several large countries have been ahead of India on the e-commerce adoption curve. Globally, online grocery has been the biggest beneficiary as a category.

Euromonitor International projects that half of the absolute value growth for the global retail sector over the 2020-2025 period will be digital. China and the US will account for 55 per cent of that value growth in e-commerce opportunities, which is to be expected from the largest e-commerce markets globally. However, India is rapidly catching up.

According to a report by World Economic Forum, India will be the world's third-largest consumer market by 2030. India e-commerce is expected to reach $99 billion by 2024, growing at a 27 per cent compound annual growth rate (CAGR) over 2019-24, with grocery and fashion and apparel likely to be the key drivers of incremental growth as per the latest EY India Trendbook. Currently, consumer electronics and apparels each account for a 40 per cent share of retail e-commerce in India. Though, only about 1 per cent or approximately $10 billion of India's grocery sales is expected to be online by 2023.

The next phase of e-commerce growth in smaller cities in India is expected to come through social commerce and. In a recent report, UBS analysts identified social commerce and business to business (B2B) marketplaces as potential sources of competition to e-commerce firms such as Amazon and Flipkart in India.

Another significant digital trend in India is the convergence of offline and online businesses. This collaborative model will likely be the mainstay of retail growth in India. A NASSCOM report predicts that by 2030, the offline and online collaborations will create nearly 12 million jobs, grow e-business to consumer (B2C) exports via commerce to $125 billion from the currently estimated $2.1 billion and contribute nearly $8 billion in incremental tax collection, accounting for 37 per cent of total retail tax contribution.

While India is poised for strong growth in e-commerce, currently, less than 10 per cent out of India's 80+ million small businesses sell online. However, more and more small businesses are joining the e-commerce marketplace platforms. India is witnessing many small businesses reinventing themselves as digital businesses – selling to customers in-store, accepting digital payments, delivering at their doorstep, acting as delivery and pickup points and more.

The Indian entrepreneurial instinct has reacted strongly to the demands of the post-pandemic world. Small merchants across cities are now adopting mobile channels, implementing online payments and exploring collaborations with technology-driven start-ups. First time adopters in tier two and three cities are now looking at e-commerce, not as an elite luxury but as an integral part of their shopping habit.

The future of retail in India lies in the rapid digitisation of India's small businesses. Once these businesses learn to operate in the virtual world, their dependence on large aggregators can be minimised as social commerce and hyperlocal commerce takes shape. There is, however, no doubt that Indian retail is poised for a productivity, access and profitability uplift via leveraging technology.