Cryptocurrency Ban: Why Modi Government Will Be Right If It Decides To Go Ahead With It 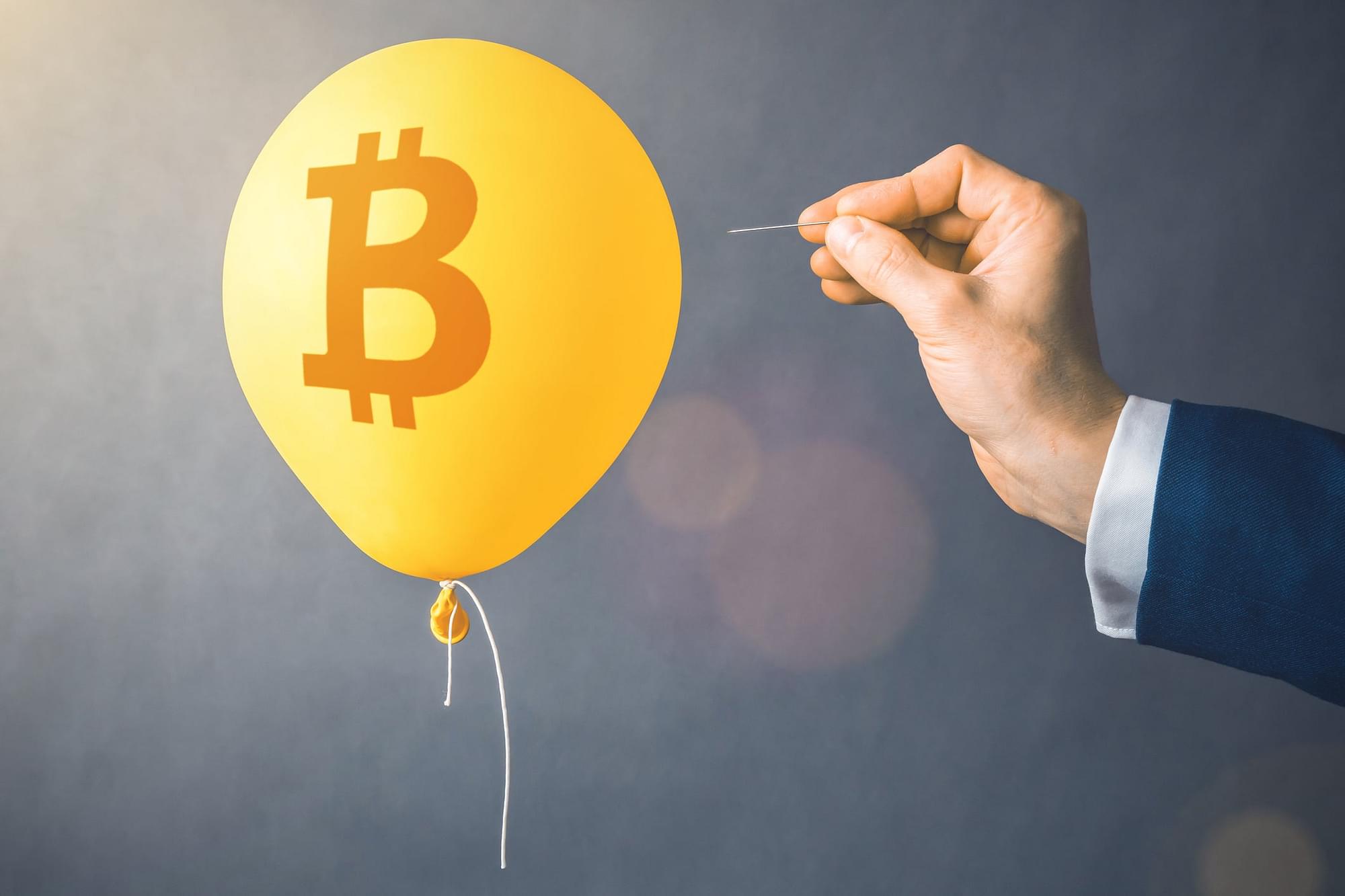 Transcending religion and rationality, a group of cryptocurrency enthusiasts introduced a unique coin in the market. By definition, each offspring from the bitcoin universe is meant to decentralise transactions using the blockchain, for the creators believe that the governments and central banks are Satan, and in ushering imaginary currencies on the internet, they are being the saviours, the Batman, to the finance capital of Gotham.

In reality, they are equivalent to the Joker, both literally and metaphorically.

The enthusiasts in this case were more on the spiritual side, and wanted the blockchain to harbour the word of God. Introducing the coin, the creators, in the project’s white paper, stated that for a long period of time, money-grabbing churches had created a monopoly on God, and they were in dictatorial control when it came to ‘owning’ and ‘selling’ the word of God.

Thus, by introducing this coin, in the name of the Lord, they wanted to democratise banking, financing, gaming, insurance, and everything else. The promise of low transaction costs and maximum security was also thrown in as an add-on.

However, the unique selling point of this currency was that using it would bring one closer to God, for it was not like any other currencies in the crypto realm, but one with the word of God, and thus, it was rightfully christened as the ‘Jesus Coin’.

Introduced in late 2017, the Jesus Coin hit a market of $20 million a few months later, but eventually, the coin had to rest in peace, and in finality was closer to God, as an idea.

Perhaps, the whole idea started out as a satire, a joke, we shall never know, but the fact that there was an appetite for a coin, assumed as legal tender, simply because it was named ‘Jesus Coin’ showcases the gullibility of the average investor across the globe.

This gullibility is what makes cryptocurrencies a problem in the first case. What if, in the heat of the election campaign, a politician obsessed with freebies promises every woman, above the age of 18, a thousand ‘Ke-coins’ each month.

What if his idea is based on the fact that the legal tender used by the country is in control of the Prime Minister who is a fascist and, therefore, a new currency is warranted that is controlled by the common citizen?

What if, citing a probable election victory for this leader, people start investing in ‘Ke-coins’ and inflate its market value? What if the politician himself, through his rich contacts in America, inflates the value of ‘Ke-coins’, ushering confidence in the coins and motivating voters to elect the party, all in the name of a new currency?

What if down the lane, ‘Ke-coins’ overtake the legal tender of the country as the medium of exchange in that state, and usher in an unchecked, uncontrolled wave of illicit transfers? What if the state in question is a border state?

The tale of ‘Jesus Coin’, one amongst many from the crypto realm, demonstrates the power of a bubble. People, citing the inefficiency of the capitalist system where inequality is rampant and poverty is a natural consequence, start celebrating the idea of a cryptocurrency that is without the control of the state, but the people.

However, all they are looking for is a quick buck.

While they do not care to factor the implications of a group of capitalists, the very capitalists they detest, having the controlling stake in the cryptocurrency by virtue of ‘Proof of Work’ or ‘Proof of Stake’ protocols, they happily put their money in digital assets that have no real tangible value, no scalable real world applications, and no destined future.

Put simply, the crypto cult is similar to the people who believe the earth is flat and the government is lying to us by controlling the satellites in orbit.

The lack of state control is not the only problem here. During the 2008 housing crisis in America, the prices crashed. The banks had given out too many loans during the housing boom, pushing up the prices.

Seeing the upward trend in prices, people were motivated to take loans to buy houses. Seeing an upward trend in demand for both houses and their financial products, the banks started giving out subprime loans, or high-risk loans, and people who should not have been getting a loan in an ideal scenario, got one.

For a temporary period, housing prices went up, and then one day, the bubble crashed. Housing prices collapsed because too many people were now selling, not buying, given they could not pay back the loans.

However, compared to the unchecked and unquestioned crypto bull run, the housing crisis still makes more sense, for the fall in prices was for something tangible, with a value, with real-world application.

Compare the fall of ‘Jesus Coin’ with that of the houses in America. On decline, the houses could be refinanced by new borrowers, or be sold off at a later date for a reasonable price by the old owners, and even in the worst-case scenario, would not plunge to zero in terms of value.

Cryptocoins, however, are one legislation away from being as good as a golden duck, as evident by the panic of the crypto enthusiasts on Twitter today.

There is the scalable question also. Crypto enthusiasts, especially in India, want to pretend as if the state is not capable enough of reaching the last-citizen, and therefore, they need the likes of bitcoin for micropayments, financing, insurance, and so forth.

Perhaps, most of them have been living under a rock and have not read about the Jan Dhan accounts, or the success of the Unified Payment Interface (UPI), and the scale at which both have been operating.

There is the question of transaction fees also and validation also. One, the built-in decline in the block reward reduces miners’ revenue over a period of time, thus reducing the incentive for them to validate new blocks on the blockchain, unless there is a separate fee for offering the service.

Two, the rise in bitcoin transaction volume, coupled with temporal limits on the number of blocks that can be posted to a single block might prevent some transactions from ever being validated and posted, especially the ones with lower transaction fee.

There goes the dream about scale and micropayments.

Even if, for the sake of argument, one was to assume that the likes of bitcoin can solve the problem of scale, what happens to the environmental concerns around it?

Can’t imagine the FOMO Africa must be going through here.

In terms of electrical energy, a single transaction uses 1,120.16 kWh of electricity, equivalent to an average US household consumption of over 39 days. Every transaction also generates electronic waste worth more than 110 grams.

Further, for the sake of argument, let’s assume that one fine morning, bitcoin, and the likes of it, found a way of addressing the problem of value volatility, scale and transaction validation, and environmental damage, why would any sensible state, unless it by constant hyperinflation, be interested in a parallel system of currency that not only threatens the rightful monopoly of the legal tender of the state, dollar or euro or rupee, but is also a favourable hub for all sorts of illicit transfers.

Yes, the illicit transfers can be traced back to the ones making them, say in case of terrorism, but that still does not answer the question of a parallel set up, similar to the ‘Ke-coins’ question above.

Each company having a currency of its own, or each political party, or each community? Are we going to someday also look for secular cryptocoins where one community’s coins are valued more than the other? Why don’t we all just start printing money at our homes while we are at it?

The one way to go about cryptocurrency in India is to regulate it as an asset, but that would not stop gullible middle-class or lower-income group investors from resting their faith in it.

Employ blockchain technology, have a central-bank backed digital currency, but this madness around private cryptocurrencies needs to come to an end.

Ideally, the Modi government must bite the bullet and call out crypto for what it is — an asset class with absolutely zero value in the real world. Don’t care for the bitcoin bulls, for they are in a bubble.