Despite Covid, Port Traffic Is Steadily Rising In India 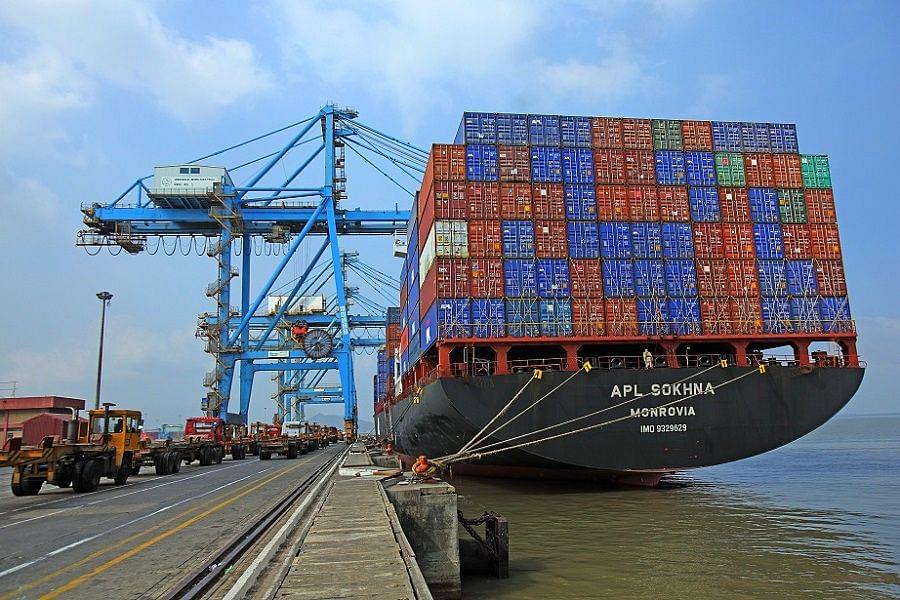 Despite the constraints arising in international trade and shipping due to the ongoing Covid pandemic and the resulting constraints on the cargo handling front, Jawaharlal Nehru Port Trust (JNPT), India’s premier container port, continued its steady surge in cargo handling in 2021 with total container traffic of 5.63 million TEUs as against 4.47 million TEUs in 2020, a growth of 25.86 per cent over the last calendar year.

TEU, also known as Twenty-foot Equivalent Unit, is an important unit of measurement with widespread use in the ocean freight industry. Shipping containers come in two standard sizes, namely, twenty-foot and forty-foot containers.

About 95 per cent of India’s trade by volume and 68 per cent by value moves through maritime transport. India has 12 major ports and 200 minor ports along its 7,517-km-long coastline, which acts as a natural resource for facilitating trade.

All the 12 major ports are functional. Out of the 200 non-major ports, around 65 are handling cargo and the others are “Port Limits” where no cargo is handled and these are used by fishing vessels and by small ferries to carry passengers across the creeks.

The disruption caused by the Covid-19 pandemic adversely impacted movement of goods at ports with the cargo traffic at Major Ports declining by 4.57 per cent during 2020-21 as compared to 2019-20.

In FY22 (until October 2021), cargo traffic handled by India’s Major ports has increased by 14.59 per cent as compared to the same period last year, the data from the Ministry of Ports, Shipping & Waterways showed.

Non-major ports accounted for 46 per cent of the total cargo traffic at Indian ports in FY21, due to a significant shift of traffic from the major ports to the non-major ports.

One of the key indicators to measure the efficiency of ports is turnaround time — the time a ship spends entering, unloading, loading and exiting the port. Port efficiency can shape countries’ trade competitiveness. Every hour of port time saved by ships translates into savings in port infrastructure expenditure for ports, capital costs for carriers, and inventory holding outlays for shippers, according to the United Nations Conference on Trade and Development (UNCTAD).

The average turnaround time for ships at major ports in India has reduced by 35 per cent between 2014 and 2020, indicating a significant improvement in the country’s port management infrastructure.

“As per the latest UNCTAD data, the median ship turnaround time globally is 0.97 days, suggesting that India has room to further improve upon the efficiency at ports,” the Economic Survey 2020-21 said.

The Ministry of Shipping started Project Unnati in 2018 in which global benchmarks were adopted to improve the Key Performance Index (KPI) of efficiency and productivity for 12 major ports. Around 116 port-initiatives were identified across 12 major ports to help improve efficiency.

As per a study conducted under the Sagarmala Programme, cargo traffic at Indian ports is estimated to reach 2500 MMTPA by 2025, while the current cargo handling capacity of ports is only 2,406 MMTPA.

A roadmap has been prepared for increasing the Indian port capacity to 3,300+ MMTPA by 2025 to cater to the growing traffic. This includes operational efficiency improvement, capacity expansion of existing ports and development of new ports.

Giving special emphasis to modernization of Indian ports, 241 projects at cost of Rs.2.61 lakh crore have been taken up for implementation under Sagarmala.

Out of 241 projects, 78 projects worth Rs. 27,019 crore have been completed, adding capacity of more than 230 MTPA at Major Ports. Remaining 163 projects are currently under various stages of development and implementation.

Connectivity is one of the critical enablers for ports as it is the end-to-end effectiveness of the logistics system that drives competitiveness for industry.

In view of the above, the Sagarmala Programme has a dedicated pillar of Port Connectivity projects for enhancing connectivity between ports and domestic production/consumption centers.

There are 190 road and rail connectivity projects worth Rs. 1.22 lakh crore identified for implementation under Sagarmala focusing on connectivity of Major and Non-Major ports.

Out of this, 51 projects have been completed and 139 projects are in various stages of development and implementation. These projects are being implemented by the Ministry of Road, Transport and Highways, Ministry of Railways, Major Ports and State agencies.

Increasing investment and cargo traffic point towards a healthy outlook for the Indian ports sector.