Does India Really Need to Amend its Patent Law? 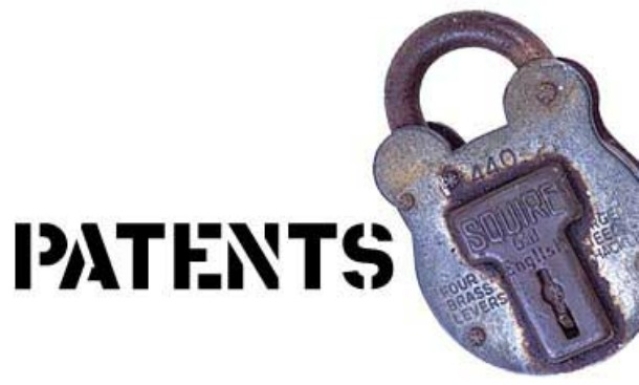 In the process of wooing foreign investment through alignment of Indian IP laws with global standards, we must not dismiss the concerns of or sacrifice the interests of the Indian industry.

What is so wrong about our patent law which calls for an amendment?

Is the legislation, the Patents Act, 1970, flawed or deficient in protecting the rights of an innovator/patentee? Or is the quality of enforcement of IP in India by our Courts the issue? Importantly, whose IP are we talking about protecting here? What are these “global standards”, if there is one? Will the proposed “IPR Guidelines” have the force of law? Who is expected to adhere to these guidelines?

In addressing these questions, clarity on certain cardinal aspects of the patent regime is necessary. It must be understood that the current Indian patent regime is a mix of mandatory obligations cast on India as a signatory to TRIPs, and certain policy decisions taken by India in exercise of flexibilities provided under TRIPS (Agreement on Trade-Related Aspects of Intellectual Property Rights) to member nations to address their national interests. This means although there are certain minimum mandatory universal requirements India’s patent law must conform to, the grant of the right and its enjoyment are based on India’s standards of patentability and Indian limitations on patent rights.

Importantly, the territorial scope of a patent right is limited to the country of its grant. These factors lend to patents their territorial nature. Simply put, there is no concept of a universal patent (although there are regional patents such as the ones granted in the EU).

What must also be noted is that TRIPS forbids any signatory from discriminating against owners of IP based on nationality. This is known as the principle of “national treatment” of right owners. Should any signatory violate any of its obligations under TRIPS, the country alleging violation may initiate proceedings against India before the WTO Dispute Resolution panel.

The question that now arises is, in light of the national character of a patent right, what has occasioned this talk of aligning India with “global standards” when in the negotiations on TRIPS, the objective of India and other similarly placed countries was to preserve their sovereign right to protect their respective national interests? It is safe to assume that this gradual chorus for “global standards” is attributable to the following:

It is worth noting that Novartis’s writ petition challenging the constitutionality of Section 3(d) for alleged violation of TRIPS was rejected by the Madras High Court in 2007, and the decision was never appealed against by the company. Also, as the author has argued in this article on the 2012 Novartis decision of the Supreme Court that if any country, which is party to TRIPS, were to challenge the legitimacy of Section 3(d) before the WTO Dispute Resolution Panel, India is not without legally sound arguments to support its existence. In fact, support for Section 3(d) may be drawn from Article 27 of TRIPS which it allegedly violates. Therefore, Section 3(d) is no reason to amend the Patents Act nor should its rigour be whittled down given that it serves to protect public interest.

As for the apprehended frequent use of the compulsory licensing mechanism, to quote an adage one has often heard, one swallow doesn’t make a summer. Unless there is a politically motivated pattern that anyone is capable of objectively demonstrating in India’s use of the compulsory licensing mechanism, the mechanism per se is not violative of TRIPS since Article 31 of TRIPS, in spirit, permits it. In fact, the Doha Declaration on the TRIPS agreement and Public health expressly recognizes the right of member countries to grant compulsory licenses to protect public health.

If the issue is about the use of the mechanism thus far by India, in the facts of the Bayer case, it would take some mind-boggling jugglery of facts to argue that it wasn’t a fit case for grant of a compulsory license in light of Bayer’s anti-cancer drug’s (Nexavar) scant availability in India and its exorbitant pricing (under the Patents Act, reasonable affordability and availability of a patented product are mandatory requirements a patentee is expected to fulfil). Pertinently, grant of compulsory licenses is not peculiar to India. Mature patent jurisdictions like Canada and Belgium too have compulsory licensing regimes which have been used in the past. Clearly, it is premature to accuse the Indian mechanism of abuse given that instances of its use haven’t yet attained a critical mass.

On the issue of enforcement of patents of non-Indian right owners by Indian Courts, what must be clearly understood is that by and large the decision of a Court is a contextual enquiry based on application of law to a given factual matrix. Therefore, one must be careful in generalizing these decisions. Also, merely because Indian Courts have advocated caution in enforcing pharma-related patents, it does not render the approach counter to TRIPS, nor has the application of this cautious approach been exclusively restricted to non-Indian IP owners. It is a principle culled out from common law to protect public interest.

Factually too, it is untrue that pharma-related patents haven’t been enforced by Indian Courts ever. As recently as March 2015, the Delhi High Court granted a temporary injunction against an Indian generic company in favour of Merck, a global major, with respect to Merck’s patented anti-diabetes drug Sitagliptin. Although this matter is currently pending before the Supreme Court, the point to be noted is that it would be untrue and unfair to allege discrimination against non-Indian IP owners. On the contrary, over the last two years, our Courts have, at regular intervals, granted ex parte orders in favour of global giants, particularly in the telecom space, which are perhaps not in consonance with “global standards”. Therefore, this perception that Indian Courts are inherently averse to enforcing IP owned by non-Indian entities has no factual basis.

One would in fact go a step further to say that our current patent enforcement regime goes well beyond the minimum obligations under TRIPS. India has provided for border control measures in the form of IPR Enforcement Rules, 2007 which permits IP owners, including a patent owner to seek seizure of allegedly infringing goods based on assessment of the allegation by the Customs Commissioner. This is clearly over and above the minimum mandate of TRIPS because a Customs Commissioner has been vested with the power to decide as complex an issue as patent infringement which even Courts are expected to approach with great caution. The Delhi High Court has even acknowledged this problem in a decision. Fortunately, the application of the IPR Enforcement Rules to patent matters has been challenged in a writ petition before the Delhi High Court and, the position is expected to be clear by the end of this year.

As regards formulation of “IPR guidelines” by the Centre, when there exist IP legislations whose interpretation and enforcement is the exclusive prerogative of Courts and quasi-judicial authorities, it is best to avoid formulating guidelines which deal with IPR enforcement if the doctrine of separation of powers is to be respected. Instead, it would help to look into other factors which also contribute to creating a culture of innovation in a country which is not exactly resource-rich. The government would do well to draw lessons from countries such as Germany and Israel whose achievements in the sphere of innovation are truly monumental. After all, it makes better sense to not put all our eggs in the IP enforcement basket alone.

In light of these facts, one honestly wonders as to what is the basis for seeking to align our patent law with “global standards”. If global standards are what we wish to align with, we should know that increasingly, mature IP jurisdictions are moving towards a more cautious and nuanced approach to the enforcement of patents given the anti-market and anti-trust implications of indiscriminate enforcement. One does not wish to take the position that patents are per se bad or that they epitomise capitalistic greed, because in the real world, where recovery of investment is indeed a motivating factor that drives R&D, until a better and realistic alternative to IP rights is created, IPR plays a central role and so does its enforcement.

However, the short point is, to reduce the issue of investment to a patent-centric debate does not do justice to the subject, and in fact does disservice to the broader discourse on furthering innovation and incentivising investment. Critically, the implications of brash enforcement of IP on competition in the market is an area where scholarship is one the rise and those interested in “aligning our patent law with global standards” would do well to pay attention to it.

In the process of wooing foreign investment through alignment of Indian IP laws with global standards, we must not dismiss the concerns of or sacrifice the interests of the Indian industry. After all, “Make in India” would be truly a success only when Indians play the most significant role in turning India into a manufacturing hub. Finally, a BJP-led Government must not contribute to the weakening of “swadeshi” interests and certainly cannot be seen as doing so. Surely, this Government is capable of a more nuanced approach to boosting trade and investment in India.