GAFA Monopoly: Why Google, Amazon, Facebook And Apple May Need Breaking Up 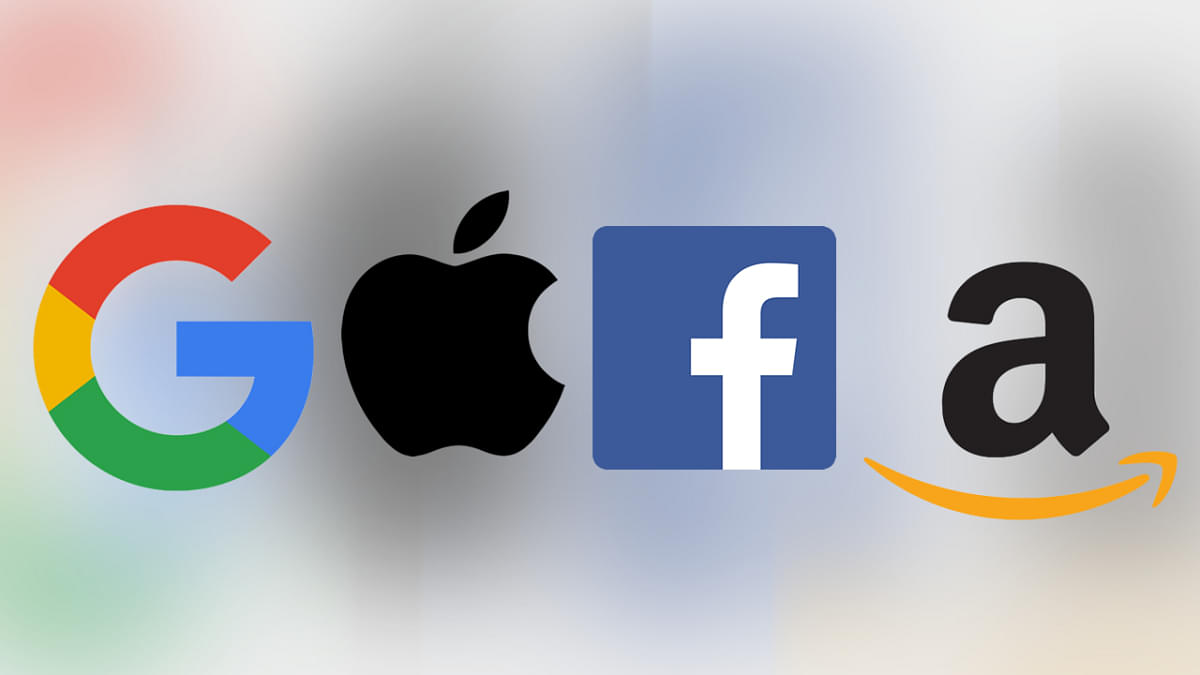 The world needs to either break-up, or strongly regulate, four corporate oligarchs, who can be collectively grouped under the acronym GAFA – short for Google, Amazon, Facebook and Apple.

On 8 February, the Competition Commission of India (CCI) twisted the tail of the G in GAFA, imposing a fine of Rs 136 crore for abuse of its dominant position in the internet search market following a complaint by two parties – Martimony.com, which runs several community matrimonial sites, and CUTS, Consumer Unity and Trust Society. However, Rs 136 crore is a mere fleabite for Google, which has more resources to fight this penalty than almost any government or private sector business in India. Around mid-2017, Google has free cash of $86 billion, and counting.

In fact, a gigantic monopoly like Google – or its fellow oligarchs in the tech quadropoly that includes Apple, Amazon and Facebook – cannot be tamed by a mere government, unless that government is the US or the European Union. Consider their financial and market clout: between the four of them, GAFA accounted for a market valuation of $2.65 trillion – more than India’s GDP. Add the three Chinese monopoly platforms – Tencent, Alibaba and Baidu – and their total market capitalisation rises to $3.72 trillion, which would make the seven the fourth largest global economy by gross domestic product (GDP), ahead of Germany’s $3.6 trillion.

However, the secret of this kind of hypervaluation is their growing monopoly in the spaces they occupy. Google is a clear monopoly, with a 92 per cent market share in internet searches. In smartphones, the Google Android operating system has a 75 per cent market share, and in browsers, Google’s Chrome has 56 per cent. Gmail’s share of email is lower at around 20-21 per cent, but that’s still 1.2 billion users – it’s like owning the whole of Africa or India. Google is the overwhelming champ in maps, too.

Facebook’s dominance in social media is equally strong, with 75 per cent. India overtook the US last year with 241 million users – and counting. Amazon owns nearly 44 per cent of the US online market, and in just one year, its market share zoomed from 38.1 per cent to 43.5 per cent in 2017. The halfway mark is not far off, and eminently reachable given its clout and infinite ability to raise further resources from the market.

Between them, Google and Facebook also grab the lion’s share of global digital advertising, even though neither of them is a media company as conventionally defined. In India, Google’s revenues are now not far from that of India’s biggest media company, Bennett, Coleman & Company.

As for Alibaba, Tencent and Baidu, given covert state protection, they dominate the e-commerce, social media and search markets respectively in China.

The conclusion to draw from all this is simple: if the global tech giants are becoming effective monopolies in some of their key businesses, they need to be heavily regulated or broken up.

It is worth recalling that in the late 1970s, when AT&T was becoming a telecom monopoly in the US, the American Justice Department launched an anti-trust action against it and AT&T finally demerged and ceded control of its seven operating telephone companies (called Baby Bells) so that it could focus on international telephony.

Partly, this could be because tech is invisible as a physical product, while monopolies in physical products or services tend to be visible. Secondly, it is only the US government that can bring these tech T-Rexes to heel, but given the reality that these are the economy’s biggest powerhouses, the US government has less of an incentive to break them up, unlike the time when AT&T ruled the telecom roost and Microsoft the desktop. Put simply, at a time when American global power is on decline, tech is what adds to Uncle Sam’s machismo.

Only China has been able to deny the big four tech platforms – Apple, Google, Facebook and Amazon – a strong footprint, but this is because the authoritarian communist party preferred to encourage its own monopolies in Alibaba, Baidu and Tencent.

In essence, seven tech platforms – four from the West, and three in China – now command massive monopoly powers either regionally or globally, and they have probably become more powerful than many countries or governments.

But make no mistake: GAFA and the Chinese trio are the biggest non-state oligarchs and threats to freedom and privacy in the world. If we consider that Twitter – another emerging platform powerhouse – is owned significantly by Saudi prince Alwaleed bin Talal, one wonders what kind of future threat to free speech this microblogging site can ultimately become. It is already alleged to be censoring many right-wing bloggers in India.

The CCI’s action against Google – though vital – will have no impact whatsoever on its monopoly. Soon after the commission passed its order, some of India’s start-ups threatened by Google’s monopoly expressed happiness. Vijay Shekhar Sharma, founder-boss of Paytm, tweeted: “…blocking Indian start-ups to build solutions for India. That’s Google for you!

The point is that Google, by its domination of search, can effectively muscle into almost any business based on search, whether it is about searching for online products, travel itineraries, or flight tickets, and paying for it all with Google’s own UPI-based payment product, Tez.

Whether it is Paytm, Flipkart, Makemytrip, or any e-commerce site, Google has the ability and the resources to trump all of them.

Google is feared for the simple reason that it has gone into competition with its customers – those who advertise on its search results pages.

This was apparent from the CCI complaint filed by Matrimony.com about Google’s search-engine results page. In the past, Google apparently used to post competitors’ ads whenever users searched for specific matrimonial sites. Thus, if someone searched for bharatmatrimony.com, the search results may also advertise competitor Shaadi.com on the same page, thus undermining the ad dollars of the primary client (read here).

The CCI also found that Google was privileging its own commercial flights page over rival travel portals, “to the disadvantage of verticals trying to gain market access.”

While it is entirely possible that Google may challenge the CCI order, especially given the dissenting notes of two commission members in a 4-2 verdict, the larger issue will remain. Can India and the world afford to let monopolies own so much private data and commercial traffic and then use it to enhance their market power endlessly?

In the era of the platform, giant platforms like GAFA and the Chinese trio are now big enough to subvert governments.

It is time to regulate them more strongly and/or break them up.

(A part of this article was first published by DB Post)