Getting ‘Bums On Seats’: What Ola And Uber Can Learn From LCC Airline Business Model 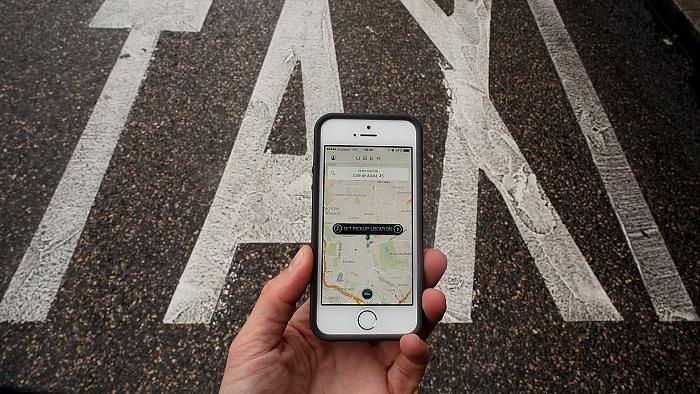 The frequent strikes among drivers of app-based ride-sharing companies like Ola and Uber are indicative of shortcomings in their business models and the laws regulating such services.

The driver unions are still partially on strike in the National Capital Region, demanding higher incomes. Earlier, cabbies went off the roads with similar demands in Bengaluru and Hyderabad, among other places, causing needless hardships to regular users.

This is ruinous for both cabbies and aggregators. The one common goal both should share is stay on the right side of the customer. Without her, neither will benefit.

The drivers are protesting a fall in incomes, partly due to the increasing competition from more drivers being enrolled into Ola and Uber operations, and also the declining incentive structures of companies seeking to move towards financial viability. Where earlier drivers could earn Rs 60,000-1,00,000 per month if they were prepared to work long hours, today earnings are falling towards the Rs 30,000-40,000 levels. At this level, paying EMIs on car loans and ensuring minimum incomes is tough. The aggregators have not helped matters by keeping fares too low in order to expand the market.

This is a classic dilemma for companies that have to satisfy two different sets of customers simultaneously, and falling between two stools. The interests of the two customer bases may intersect over the long term, but diverge in the short term.

Consider another industry that faces the same dilemma: newspapers. To expand readership, publishers have to keep cover prices low enough for people to keep buying newspapers. But in the short run, publishers have to charged eye-gouging advertising rates to stay profitable. To retain advertisers in the medium term, publishers have to keep rates reasonable, even while offering the widest possible audience by keeping subscription prices low. In the delicate balancing act of keeping advertisers in good humour and yet prevent customers from deserting, publishers will sometimes anger one lot or the other. The interests of the two sets of customers converge only in the longer run, when you can have both large volumes of readership and low rates of advertising.

The logic applies to taxi aggregators. To create a large customer base, they have to keep taxi tariffs low. But they also have to keep their drivers happy, so that they serve customers well. The aggregators could initially manage both objectives by handing out incentives to drivers from their own capital resources, but this can’t go on forever. Hence the angst among drivers.

Stated simply, the key elements of the Ola-Uber business model are (or were) the following: underpriced fares, high driver incentives and minimum guarantees, denial of any kind of employer-employee linkage between aggregator and driver, and an attempt to increase cab supplies to meet increasing demand for cabs through surge pricing during peak hours.

Regulation has been ham-handed, and includes curbs on surge pricing. Luckily, the centre’s model guidelines for regulation (now out in draft form) are more liberal, and could bring sense both in regulation and the aggregators’ own business models.

The elements of the business model that need changing are the following:

#1: The competition cannot only be on fares and prices. Ola and Uber have to create other differentiators to retain customers and expand the base of users.

#2: Aggregators cannot claim that they are only enablers, and have no responsibility to drivers or customers. The right balance may be tough, but washing their hands off both is not going to work. The very fact that they ask both drivers and customers to rate one another shows that they want to serve both. Sooner or later, regulators or the courts will ensure that aggregators cannot evade responsibility to both drivers and customers. The regulation needs to be light, but it is inevitable. Technology can ensure some degree of compliance, but at the end of the day, technology will not go to jail if something goes seriously wrong. No business can be built on a base on denial of responsibility.

#3: The aggregators should remind themselves who their real competitors are: it is not the kaali-peeli taxis, but private cars. The success of the aggregators should be measured not from whether they put the regular taxis out of business, but whether people start buying fewer cars and use app-based services instead. This is where both aggregator and regulator need to change.

Ultimately, the Ola or Uber app needs to be agnostic to who uses them: it need not only be regular taxi drivers, but also private car owners. If the private car is the real competition, logically the aggregator should be asking private car owners and their drivers to log into their system and operate partly as taxis.

The reason why we have huge traffic jams and serious under-use of a depreciating asset like cars is that too many people buy cars due to the failure of public transport. Many people in cities use their cars just to go to and from office; logically, if they can allow their drivers to earn a bit extra by allowing them to ply their private vehicles as taxis for Ola or Uber, the fares can really come down without sacrificing the interests of either customers or drivers. The driver would be partly subsidised by his car owner, and the car owner would earn some revenues from allowing his car to be driven as a taxi for some part of the day or during holidays. The aggregator need not pay high incentives to get more cars on the roads.

This calls for changes in regulations, where private cars can easily obtain dual licences both as personal vehicles and taxis, and the fees for such licences should be low. The central draft guidelines already make this a possibility, and the aggregators must lobby to make this law even more flexible.

One example from the airline industry should help: the low-cost carrier (LCC) business works best when the asset is flogged for long hours (that is, it flies for 11-12 hours a day) and every takeoff gets more “bums on seats”. In short, more usage, and more seats sold at the best possible prices make it possible to have really low fares.

It should be the same with Ola and Uber: get more bums on seats, by getting those who already own cars and have drivers to flog their assets. When private transport becomes partially public, cars become a public utility and not a private indulgence.