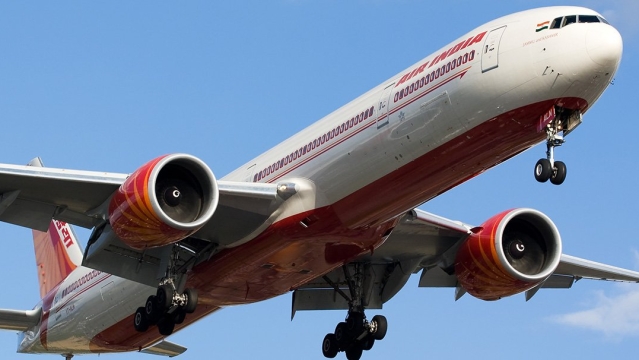 Air India turned in the maximum loss among all of India’s central public sector enterprises (CPSEs) last fiscal, even beating long time compatriot BSNL, which has traditionally topped the charts. Although the Public Enterprises Survey 2016-17 shows Air India’s net loss at Rs 3,952 crore and places it second after BSNL (Rs 4,793 crore loss), data presented by the Ministry of Civil Aviation in Parliament last month make it clear that Air India is streets ahead of the telecom company in piling up losses.

The provisional loss for the airline was indeed the lower figure used in the survey but revised accounts show that its net loss last fiscal was Rs 5,765.16 crore. This is more than a fifth of the total loss incurred by 82 loss-making CPSEs in 2016-17. In other words, 21 paise of every rupee which these CPSEs together lost, came from Air India alone.

In this written reply to Lok Sabha, Minister of State for Civil Aviation, Jayant Sinha, stated the latest loss figure. He had said on 21 December that the provisional net loss of Air India was Rs 3,643 crore for 2016-17. Since this was marginally lower than the net loss declared in the previous fiscal (2015-16) and also because this was the second year that Air India was expected to declare a modest operational profit, there was all round cheer. The loss laden and over leveraged airline was finally turning around! But now, about Rs 1,930 crore more loss has been incurred than provisioned for, higher by almost 50 per cent. Or the airline added almost Rs 5 crore of daily loss to its provisional net loss each day of the fiscal year 2017. In effect, Air India lost about Rs 16 crore each day of 2016-17.

The CPSE Survey is actually a story of the worsening financials of not just Air India but also another large enterprise: Maharatna Steel Authority of India (SAIL). In 2015-16, in its first year of posting a loss, SAIL found place at the top of the chart about loss making CPSEs. SAIL’s networth turned negative within one year, as revenue declined by Rs 7,064.61 crore or an average Rs 19 crore every single day of 2015-16. Net profit of Rs 2,092.68 crore in fiscal year 2015 turned into a net loss of Rs 4,137.26 crore in 2015-16. SAIL single handedly accounted for close to a fifth of the losses brought in by the top 10 loss-making central public sector units in that fiscal. One reason the survey of 2015-16 gave for SAIL’s shocking slide into losses was adverse market conditions, make what you will of this.

This time too, SAIL is in the list of loss-making CPSEs with Rs 2,833 crore of loss and occupying the fifth position in the loss makers’ pecking order. Analysts have said repeatedly that high employee base and operating costs are pushing the steel-maker deeper into red.

In 2015-16, the three top loss-making CPSEs – SAIL, BSNL and Air India – brought in a lion’s share of the total losses at almost 41 per cent and almost half the losses of the top 10 loss makers. In 2016-17, Air India (revised figures), BSNL and MTNL did the top honours, accounting for half of the total loss registered by 82 CPSEs last fiscal.

Why the government continues to be in business in several areas, where private parties will perhaps do a better job or in businesses which no longer make sense, remains a mystery. In 2016-17, the total number of CPSEs actually went up, to 257 from 244 in the previous fiscal. The number of loss-making CPSEs has increased to 82 from 79 in 2015-16; the dividend paid by CPSEs to the government has jumped to Rs 78,133 crore (Rs 68,583 crore). Perhaps it is the hefty dividend payout from these CPSEs which ensures their survival.

The survey said PSEs gave up Rs 385, 579 crore to the government as excise duty, customs duty, corporate tax, interest on central government loans, dividend and other duties and taxes. In 2015-16, the payout under this head was only Rs 275,841 crore, growing by almost 40 per cent in one year.