How Bike Taxis Can Solve Many Problems At Once 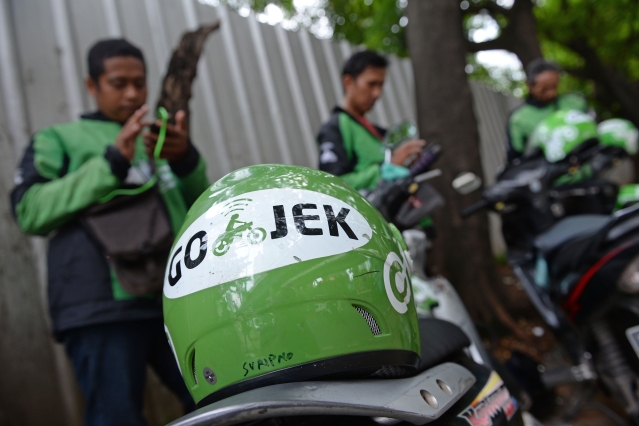 Rapid urbanisation continues to pick up in India — cities are expanding and subsuming surrounding villages and smaller towns are evolving into tier-2 and tier-3 cities — and India’s economic growth is being triggered from these new geographies. This rapid growth in recent times has had a marked effect on the mobility of people and India’s transport demand has grown by almost eight times since 1980.

It is unfortunate that in India, the boon of urbanisation and economic growth is concomitant with the bane of poor availability of basic public transport. India sadly lacks a predictable and convenient means of transport to cater to a large population that needs to travel for livelihood and personal purposes.

Indian cities are now consistently ranked amongst the world’s most congested cities with the average speed for vehicles in some metros being reported as low as 17 km/hr, contributing to massive fuel wastage, slower travel time and related health hazards. As per one study from IIT Madras the economic cost of congestion in a city like Delhi alone is $8.9 billion per annum and could rise to $15 billion by 2030.

As India creates more and more cites, the government, policy makers and regulators need to quickly welcome, adapt and accommodate newer and emerging forms of transportation and mobility offerings. Policy makers should be seen as creators of policies that increase the “Ease of Moving” for each commuter. Each form of transport has a role to play, right from ensuring prime-area movement to last mile connectivity, and many emerging forms of transportation help in connecting the commuter to the last mile, unaffected by limitations of locality or size of access roads.

These days the form of transport and the means to connect the consumer with the transport providers is increasingly being mediated through technology. People are quickly adopting these measures, cutting across generations, and it has led to the phenomena of “Ease of hailing a transport form”, be it a bike, auto, or cab.

On the policy front, the central Ministry of Urban Development has come out with the National Urban Transport Policy (NUTP) focusing on urban transport in India. However, our cities are in states and therefore there is a need for the states to be more open to introduce innovative changes in the transportation and mobility space, using technology driven by emerging entrepreneurs in the startup and internet domains. An ideal transportation policy for a city is one that takes into account all forms of transport that can be deployed according to demand, price, topography and local challenges.

A Case for Bikes as Last-Mile Connectors

In India, as the demand on urban transport increases and the challenges of narrow roads remain, the popularity of two-wheelers/bikes as a means to decongest traffic increases. There is no doubt that Indian cities are slowing down; in 2016-17, the average speed of seven metropolitan cities fell by 3 km/h. India is the world’s largest two-wheeler market and around 2 crore two-wheelers were sold in 2018, which brings it to an average of around 60,000 being sold daily. Comprising approximately 72.4 per cent of registered vehicles on the road, two-wheelers are a preferred mode of transport to and from work for about one in three Indians in urban areas; in the narrow by-lanes of smaller cities and rural stretches, these are the lifeline.

With the high dependence on bikes as a mode of transportation, it is important for governments, activists and policy makers to espouse the virtues of ‘shared mobility’ using bikes.

Given this background, bike taxis can play an important role in streamlining urban transport in India. As an important feeder mode providing connectivity that complements public transport systems, they can ensure that all parts of the city have easy access to rail and metro stations.

Two-wheelers are a more affordable option for both commuters (in INR/km) and owners (in terms of upfront payments and operations costs) and the move to electric vehicles within this segment can further drive down costs and improve health and environmental benefits.

Converting two-wheelers into readily available taxis is an easy win for both policy makers and commuters. Of the 15.5 crore two-wheelers on the Indian roads, only 1.5 lakh (excluding Goa) ply commercially. A majority of two-wheelers today are used for door delivery of various products including food. Hence, there already exists a fungible system that can easily be converted into an asset for last-mile passenger transport on the Indian roads.

Bikes offer a faster way of commuting through traffic congestion. The average speed of transportation in seven metropolitan cities stands at 19.8 kmph. A bike, on an average, maintains a speed of 30 km/h by virtue of its ability to weave through traffic. As per Ola Mobility Institute, for Q1 2018, bike trips were 50 per cent faster than car rides for distances less than 6 km. At a cost of Rs 6-8/km, bike taxis also turn out to be an affordable option for commuters.

Time-series data from industry actors reveal bike taxi ridership patterns that complement public transit services in cities where app-aggregators operate. In a city like Gurugram, for instance, within a year of launching an app-aggregator for bike taxis, there was a 60 per cent increase in bike rides that originated from or culminated at a metro station. Other services also confirm this trend, where one in four bike trips in Gurugram was to/from a metro station.

Bike taxis are a runaway success in countries like Indonesia, which suffer traffic congestions worse than India. Jakarta, with the record of being the worst city for traffic stops and starts (33,240 times a year on average) witnesses an average driver move only 8.3 km in an hour. Motorbikes, in this context, have helped move people around and navigate distances 40-45 minutes faster than a car would. Entry of aggregators such as Go-JEK have formalised the sector and reportedly boosted incomes.

In sub-Saharan Africa too, bike taxis or ‘BodaBodas’ account for a major source of employment — 30 lakh as reported in Nigeria and 1 lakh in Tanzania.

Closer home, in 2018, more than 10,000 jobs in plying bike taxis have reportedly been generated in Punjab, Haryana and Telangana alone.

While the economics clearly point to bike taxis as a workable solution to India’s mobility woes, it seems rather counter-intuitive when some do not see these as a necessary option on the streets. The central government has highlighted the need for commercial usage of bikes for passenger transport. NITI Aayog on its part too has pointed in this direction. It now remains for state governments to take decisive steps. While some state governments have been innovative and progressive on this count with Haryana, Punjab, Rajasthan, Assam, being early adopters, states like Karnataka, Maharashtra, Delhi, and many others are still weighing the pros and cons.

Safety is a genuine concern, and a collective and constructive approach by policy makers, authorities, businesses and public can address this. In the last five months, technology aggregators in the mobility space have witnessed less than one safety incident for every 20,000 rides taken on bikes across India, and one is witnessing mandatory use of helmets and prevalence of an in-app SoS button. Value additions like better-trained drivers, first-aid administration, and additional protective gears can all be instituted as measures to promote safety. In this context, it is also heartening to see state governments such as Delhi and Karnataka begin to deploy bikes as ambulances.

When our Asian neighbours like Indonesia have been able to create unicorns in the bike taxi space, it would be a shame if — despite being the largest consumers of bikes — regulations hold us back from creating unicorns in this space. Also, it would be a shame if we are not able to resolve the last-mile connectivity problem in our public transportation when it seems to be so obviously doable in our cities through the bike taxi route.