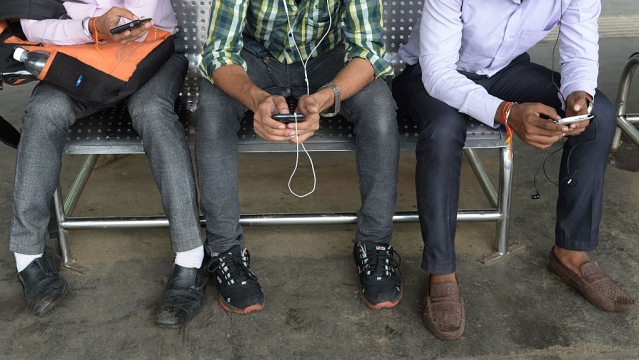 Reliance Industries chairman Mukesh Ambani is leading the charge in India’s telecom market by prioritising and investing in data like no other telecom operator has done before. He said at a conference recently that data is the new oil. And emerging trends in the telecom market show that Ambani has not made the comparison between the two ‘natural’ resources too soon – data dominance is indeed the new reality for India’s telcos.

Data is indeed the new oil. Sample this: Analysts at Deutsche Bank AG have said in a note to clients that they expect growth in voice revenue for telecom service providers to decline at 0.5 per cent compound annual growth rate (CAGR) over the next five years. During the same period, however, non-voice revenues should grow at 21 per cent per annum, driven by 26 per cent growth in internet data revenue. The rapid growth in data is likely to impact voice usage – a trend that has played out in every major telecom market around the world.

So, according to Deutsche Bank, in financial year 2015 (FY15), India’s telecom industry was overwhelmingly voice, with voice revenue accounting for 80 per cent of industry’s total revenue. This declined to 74.3 per cent in FY16 and has remained more or less stable in FY17 at 73.45 per cent. Over the next three years, however, voice revenues are projected to decline significantly. Voice revenue for India’s telecom warriors will fall below the 70 per cent mark in FY18 (at 69 per cent of total industry revenue). In FY19, voice revenue is projected to be less than a third, at 61 per cent and will fall further to just a little over half of industry’s total revenue or 56 per cent in FY20. So, by the turn of this decade, a little less than 50 paise of every rupee generated in India’s telecom market will come from data and other non-voice revenue streams.

Analysts at brokerage firm CLSA had said last month that between FY16 and FY19, they expected industry revenues to grow at 4 per cent to Rs 2.2 lakh crore, driven by a sharp 30 per cent CAGR in data revenues to Rs 75,600 crore. “We expect voice revenue to decline at a 4 per cent CAGR, mainly due to an increase in spend on data and launch of unlimited voice plans, which would cap voice ARPUs (average revenue per user). However, larger operators should gain share with expanding data offerings and consolidation of voice spends by subscribers.”

Earlier this month, when Ambani finally announced plans to begin charging for its services (after nearly five months of freebies), he said that within these five months, Jio users consumed more than 100 crore GB of data on its network. That is more than 3.3 crore GB a day. “Today, India is the number one country in the world for mobile data usage. Jio users consume nearly as much mobile data as the entire United States of America and nearly 50 per cent more mobile data than all of China.”

An industry insider explained that Jio entered the market by disrupting its well entrenched habit of depending on voice for revenue and employed a “price penetrative” strategy. “It offered virtually free data and free voice, fantastic download speeds… now Jio users are using data not just for downloads but also for voice calls by making WhatsApp calls etc… Indian telecom users have realised that easy data means entertainment, knowledge and movies can be now carried in their pockets. Whether Jio will be able to retain these customers is now the key development.”

In 170 days of its launch, Jio claims to have a subscriber base of 100 million customers and has already shifted gears, offering low tariffs for existing customers to continue using Jio SIM cards even after the service becomes paid from 1 April.

The CLSA analysts had said last month that as unlimited voice plans gain adoption, subscribers are likely to disconnect dual SIMS (30 per cent of sector subscribers) and consolidate voice spend onto a single connection. Also, on turning pay, part of Jio’s subscriber base will continue with only a single service/SIM, which would impact the subscriber base further. Another industry watcher said Jio has already begun addressing the expected subscriber churn by advertising about Jio dongles. These can be used along with existing 2G or 3G handsets of subscribers, they allow data speeds of 4G since these dongles create a Wi-Fi zone. “What this means is instead of having to persuade 2G or 3G handset users to buy 4G handsets, the company has made 4G data speeds available on their existing handsets. The 4G handsets are expensive, why would consumers want to buy these anyway,” this person said.

But despite the smart moves by Jio, retaining the 100 million subscriber base will depend largely in quality of service for voice calls. Consumers all over the globe want voice SIMs to be their primary SIMs and remember, Jio has already faced glitches with voice calls when rivals did not offer adequate points of interconnect initially. Apart from uninterrupted data speeds, Jio must ensure high quality voice services too to retain and then grow its subscriber base.

Meanwhile, rivals are not having it easy either. The CLSA analysts quoted earlier have said that the launch of unlimited voice plans and lower realisation on data plans is likely to drive ARPU dilution across the industry, especially in the high-ARPU segment though this ARPU dilution will be partially offset by an increase in data usage, expansion in data users and consolidation of user ARPU onto a single service/sim. “We expect industry ARPUs to fall by 8 per cent in FY17 to Rs 148/month and then rise 1 per cent annually till FY19 to Rs 153, led by higher usage and increased spends.”