ICICI Bank Should Willingly Undergo Trial By Fire To Redeem Itself 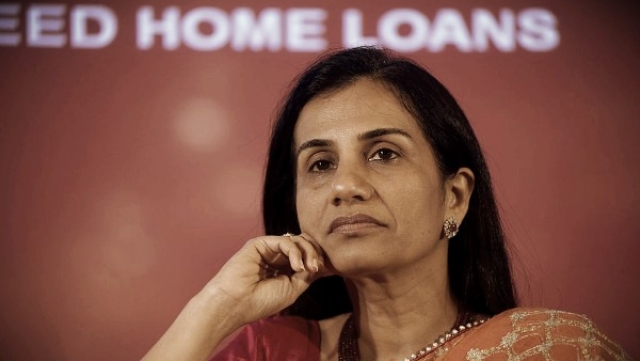 I’m not a believer in conspiracy theories, and any suggestion to the contrary is perhaps due to the nature of how speculative the human mind is. But the coincidence of a large public-sector bank scam followed by the hounding of a private bank chief executive officer (CEO) is remarkable, wouldn’t you say?

As a finance professional associated with the banking industry for over 17 years, including as a former employee of ICICI Bank for over a decade during this period, I have witnessed the events unfolding in the past few weeks with a sense of disbelief and dismay. What intrigues me as an outsider, yet with an insider’s perspective, is the timing of these revelations and an apparent lack of inquisitiveness to explore beyond what meets the eye.

The $1.96 billion scam involving a public-sector bank is one of the largest in Indian banking history and perhaps one of the longest-running frauds perpetrated in banking globally. That is a serious cause of concern for the bank, the banking industry, its regulators, and the government. The implications could have been even more dramatic, and has already potentially caused a debilitating effect on the sector and a consequential effect on the economy.

There are some serious questions that need to be answered across the spectrum – the perpetrators, of course, need to be dealt with swiftly and in a just manner to restore confidence. The bank’s management and board need to be summarily dealt with for failure on their part to prevent a fraud of this nature and for this tenure. The internal, concurrent, and statutory auditors of the bank need to be pulled up for gross negligence. The regulator, the Reserve Bank of India (RBI), needs to be told that its supervision is meaningless if scams of this magnitude were to happen under its radar, and a complete overhaul of the regulation process needs to be undertaken.

The government, multiple ones at that, is definitely at the heart of this matter, both as an owner of the bank as well as the enforcement authority, and all the people involved should be taken to task. Where is the media outcry for removing the bank board for its failure of leadership? Should the audit firms involved be suspended till further notice? Shouldn’t the RBI take responsibility and unleash punitive action on employees for lapses in banking oversight? Isn’t the government accountable, shouldn’t the truth be told on the involvement of officials on this scam, if any? Unfortunately, none of this will happen.

My view is that, as a country, we are neither equipped to carry out nor are ready to handle the consequences of such a clean-up. It is sad indeed, but almost everyone reading this will agree, at least in part, to the assessment that a suggestion of a full clean-up is not possible and is impractical. We are reconciled to the realisation that we live in a corrupt country where the rich and powerful get away from white-collar crimes, and have resigned ourselves to the fact that this is the price we pay for being a democracy rather than a dictatorship. There is still tremendous faith in institutional process (courts, law enforcement agencies, and of course, the national favourite, karma) that over the next one or more centuries or even a few lifetimes, we will be alright and truth will triumph over evil. This is the collective psyche of our beloved country. You may agree to this assessment, even believe it to be true or scoff at this suggestion, but you can’t escape the sardonic humour associated with it.

What followed this spectacular fraud was quite bizarre and unexpected. It is the continuing trial by media of one of the longest-serving CEOs of the largest private bank in the country for an allegation that has resurfaced after a gap of two years. The publishers, television anchors, commentators, and editors failed to ask basic diligence questions before reporting on the story! What begs an answer is the timing of these allegations and how the media is able to get speculative material that makes for sensational reporting, over the last few weeks. Isn’t much of this material (Prime Minister’s Office enquiry, ministerial intervention, bureau investigation) sensitive information that shouldn’t be leaked, especially on social media? If this material is being leaked, who is behind the leak, what could be the purpose of it, and wouldn’t it fall under the category of deliberately trying to mislead perceptions?

Why is the story on the public-sector bank scam and the discussion on privatisation of public-sector banks suddenly off the radar? Who is asking the difficult questions on the largest banking scam ever to have occurred in this country? I’m afraid, these will continue to be rhetorical questions asked by someone who is dismayed.

The circumstantial evidence used for targeting an individual CEO shows the perverse workings of the media, social and mainstream, during our times. But the handling of the situation by the board of directors of the bank and its management is equally baffling. There have been enough corroborative allegations thrown at the bank and its CEO across conflict-of-interest issues, governance lapses, misuse of power, and corruption through alleged quid pro quo dealings with a certain business group. I don’t know whether these allegations are true. I’m neither supportive nor dismissive of these allegations. The chairman of the board of directors came out in support of its beleaguered CEO and a former chairman did the same, vouching for the integrity and professionalism of the current chairman and CEO. But it appeared that the board came out in support without providing any additional information, which was very surprising.

It is expected that the board will repose faith in the internal controls of the bank it oversees and also state that no individual, even if he or she is a CEO, can overrule the systems that have been put in place. Because if the board were to believe otherwise, that the internal controls are not in order and that the CEO can intervene in the independence of the process, then its very existence can be questioned, rendering the board’s position untenable.

In a considered view, the response of the bank’s management and the board’s statement have not comprehensively addressed the allegations. A person who is looking at the board’s statement dispassionately will mock at the juvenile approach to a defence against a serious allegation. And that’s exactly what the media did, and the sceptics were even more scathing. The board had lost its silver bullet in defending the CEO, and the bank seems to be dealing with the situation in its normal course.

The bank’s board should have responded to these allegations in a precise manner and beyond any doubt whatever. To draw a parallel, even the ultimate symbol of truth and justice in our mythology, Rama, made his wife, Sita, undergo a trial by fire to prove her chastity. Every follower of Ramayana would know that Sita underwent the test to come out unblemished in the eyes of her detractors, not in the eyes of the ones who are trusting. The board can continue to repose faith in the CEO (and any number of former employees can write such articles), but there is no escaping the fact that the bank will have to undergo its own trial by fire by appointing a credible forensic agency to get to the bottom of the allegations and make the report public. That will restore confidence among both investors and detractors. Anything short of that will not be effective. A sad outcome of this entire episode would be if the CEO were to resign bowing to pressure from the media, investors, and institutions, as that would forever leave a question mark, notwithstanding whether or not any of these allegations get proved or otherwise at a later point.

I feel for ICICI Bank. I could be biased given that I have worked for that organisation. The edifice of this institution was built on the foundations of vision, integrity, and courage of its founders, leaders, and employees. No one can question or doubt the institution’s contribution towards building this nation, and a look around the street can tell you how many leaders of repute this institution has produced over the last decade alone. Organisations do not create leaders in an atmosphere that is corrupt and driven by process failure. It is a telltale sign that the institution thrives in an atmosphere that embraces ideation, leadership, and above all, dissent. My suggestion that the CEO and the bank undergo a thorough third-party investigation is in line with this tradition. And if there are lapses, the CEO and the board will need to pay the price. The torchbearers of this great institution should not flinch to do the right thing.

ICICI Bank in its history has survived many tumultuous economic cycles, government ownership, directed lending, privatisation, metamorphosis from a development financial institution to a universal bank, multiple acquisitions, reverse merger, global banking crisis, run on the bank triggered by false rumours and many more such crises over its 63-year existence. I’m certain that the bank will survive this controversy too, and will definitely emerge stronger from this setback. Till such time, we can either be bemused or silently angered at how the narrative is playing out. I’m disturbed by both.