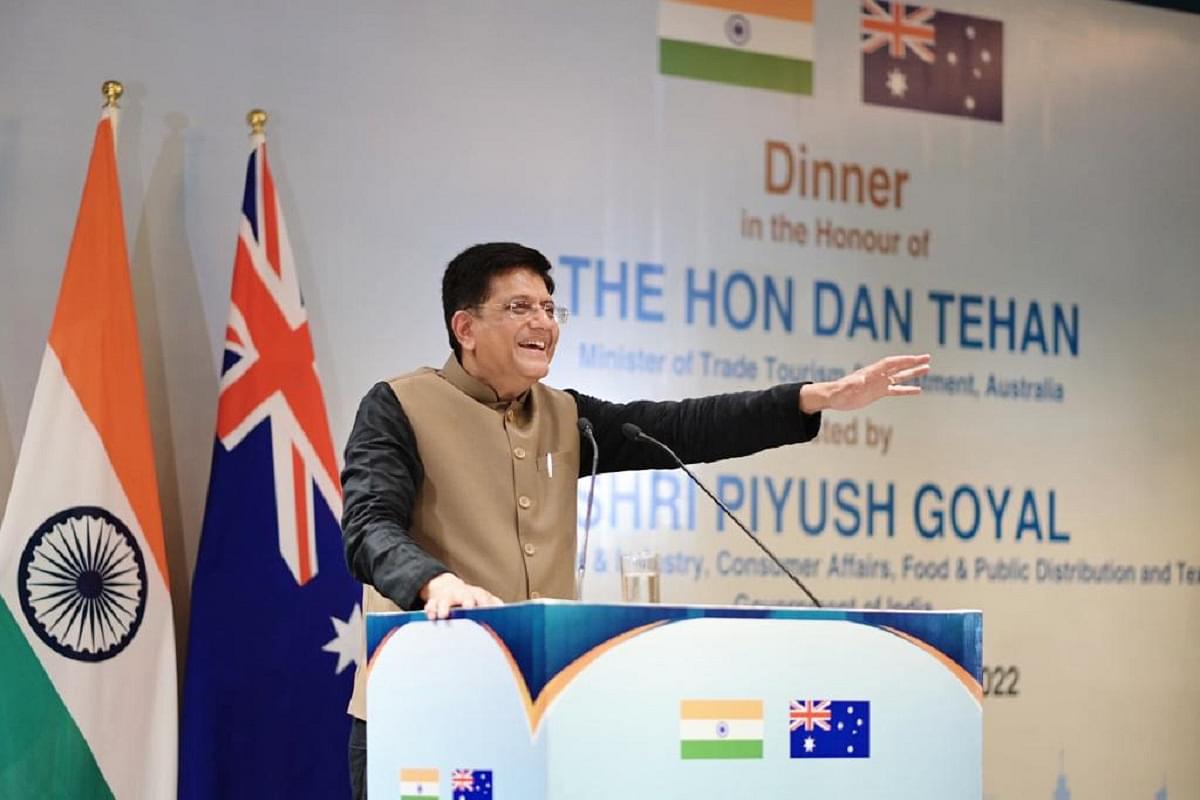 India and Australia are looking to finalise an early harvest agreement in the next 30 days and this pact is likely to cover most areas of interest that both the countries have, Commerce and Industry Minister Piyush Goyal said on Thursday.

Australian Trade Minister Dan Tehan is in India on an official visit to advance talks for the proposed free trade agreement, officially dubbed as the Comprehensive Economic Cooperation Agreement (CECA).

The two sides have agreed to conclude the long-pending CECA by the end of 2022. Under an early harvest agreement, two trading partners significantly reduce or eliminate customs duties on a limited number of goods and relax norms for promoting trade in services. CECA includes expanding the scope of the early harvest pact.

'I can assure you that you have a very very strong partnership in the making which will be finalised over the next 30 odd days. That is the kind of aggressive timelines that Minister Tehan and I have set for our teams today.

'I can assure you that both the teams are going to have sleepless nights in the next 30 days and I am quite confident that we will come up with some very exciting news for businesses of both the countries,' Goyal said at the dinner meeting hosted here in the honour of the Australian trade minister.

He said that it will be the fastest negotiated FTA that has ever been done by India or by Australia.

Early harvest agreement 'covers a very wide span of issues and in some sense covers most areas of interest that both countries have,' he said adding few sensitive issues would remain for the CECA, 'which we would hope to complete over the next 12 or 18 months after the early harvest gets into operation'.

Speaking at the occasion, Tehan said that: 'we want a quick but high quality agreement'.

He said that both the countries are on the cusp of about 30 days of hard work which ultimately could lead to something which is truly historic.

He added that increasing cooperation in the education sector is beneficial for both sides and they can look at signing mutual recognition agreements for the sector.

Goyal further said there are substantial opportunities in different sectors such as mining, pharma, education, renewables, railways, gems and jewellery, tourism, defence, textiles, gaming, agriculture and edutech. The bilateral trade between the nations stood at USD 12.3 billion in 2020-21, as against USD 12.63 billion in 2019-20.

India and Australia will sign an MoU to increase cooperation in the tourism sector on Friday.