Is Talgo An Ideal Choice For The Indian Railways? 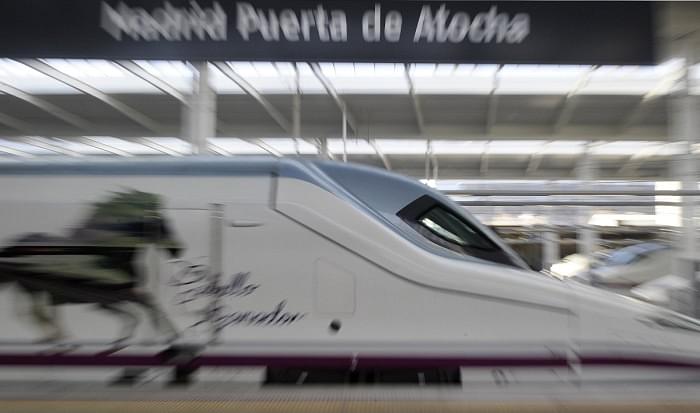 Talgo, the Spanish train builder has offered and is set to get a go ahead for trials of few coaches with patented wheel system on the Delhi-Mumbai route. Indian Railways (IR) is in desperate need to upgrade its coaching stock. One of the major causes of fatalities and serious injuries since decades has been the deficient design of conventional coaches which dominate IR’s fleet. Further, the LHB design which is current with the IR is also dated by at least three decades.

So, are the Talgo trials a good thing to happen?

As a matter of principle, new technologies have to be tried and experimentation must happen. However, several options exist for IR, which can be tried out in short term and some interesting issues arise with the Talgo decision. This article seeks to discuss few of them.

If one notes a racing track, the curves are ‘banked’, i.e. the curves are raised on the outer side, which makes the vehicle run inclined on them. If one doesn’t raise the outer side, a fast moving vehicle might fly off outside. This banking is done for a certain speed, if you bank too high and drive slow on it-one might just topple inside (think of a velodrome-can a cyclist drive slow on the curve?). Trains being big vehicles, would not easily fly off or topple easily.

The IR network is shared between slow moving freight and faster passenger trains. This created problems for engineers as they have to cater not only to the fast moving rajdhani/ shatabdi type trains but also to the slow moving goods trains.

When the train travels at faster speeds on curves not banked for that speed, the passengers in the train are discomforted, which limits the maximum speed potential of each curve. Trying to run faster trains on existing tracks is thus not easy. For high speeds, say 250 or 300 kmph, new tracks with flatter curves are generally laid.

For higher speeds, this discomfort can be overcome without modifying the tracks, if the vehicle is also tilted by right amount when the curve is negotiated. This tilting can be done by using actuators which tilt the vehicle body when a curve is sensed. Talgo comes with a natural tilting technology, a clever concept, where the superstructure of the coach tilts while negotiating a curve without powered actuators.

Talgo makes coaches with patented design of wheel assemblies. Unlike, conventional rolling stock, the two wheels are not mounted on a fixed axle. Thus, the two wheels can rotate independently of each other, which reduces lateral forces (forces which sway the vehicle perpendicular to the direction of motion).

The energy saving of 30% as talked in several press releases is a bit overplayed and needs to be taken in with due caution. Another key aspect is the light weight of the coach due to use of aluminium and its alloys. This reduces the deadweight of the coach and makes it more energy efficient. This aspect of coach weight reduction can be implemented on all types of stock even withoutTalgo’s patented wheel arrangement. Energy saving from a passive rolling stock occurs essentially on account of its lower mass (less weight to be accelerated and braked-more pronounced if sections are undulating or graded). Another energy saving component is the reduced number of wheels. Reduction of wheels happen by making two coaches share a pair of wheel under the vestibule.

The Talgo coaches are shorter, about 13m as against LHB stock of 22 m. Also, the uncoupling of coaches isn’t a ready possibility enroute-an aspect which would need a more careful attention. Conventionally a defective coach can be detached and another attached enroute. However, with this technology, such flexibility would get affected as a wheel pair is shared between two coaches-and hence the coaches can’t be detached without special arrangements. However, such limitations can be overcome with superior reliability and wayside infrastructure, which of course would come at a premium.

It is understood that 35 or 37-coach formation would be brought in for trials. A 37-coach Talgo train is considered equivalent to a 20-coach Rajdhani. The coach length gets reduced due to the fact that it is a bogie-less design, but at the same time saves on number of axles per train.  A typical-20 coach rajdhani has 80 axles, whereas a 37 Talgo coach train of similar length would have about 37-40 axles-a tradeoff between number of coaches and number of axles. One can remember shorter wagons used in past which had just two axles at each end. New wagons and also the coaches have four axles, with two axles per bogies and two bogies under a vehicle-this permits increase in the length of the coach or wagon. TGVs of France share a bogie (with two axles each) between two coaches (like in Kolkata trams), instead of a pair of wheels.

This concept hasn’t been adopted by any of the large manufacturers or operators and is very limited in numbers, despite being in the market for long. Barring Talgo coaches all other stock used in the world has bogies.

The government has been apprehensive of free offers, as the recent decision of TRAI has indicated regarding Facebook Free Basics. Ostensibly, the generous offer of SAAB Gripen for real ToT also would undergo counter intuitive cold analysis before a call can be taken.

It is not that IR has not tried for free, products or technologies. However, this has always been a grey area. Especially because, one can’t readily answer the question: What happens next?

Say the trials meet the objective, then, what would be the course of action? Public procurement procedures can’t allow placement of orders on Talgo without taking recourse to open competitive bidding, especially when competing technologies exist. Also, manufacturing of Talgo coaches in IR’s production facilities would need competitive bidding for selection of technology. Several lightweight coaches with active tilting technologies are available in the market. This aspect would need to be dealt as soon as the trials are complete.

At the National High Power Test Lab (NHPTL) at Bina in Madhya Pradesh, a test platform has been created where manufacturers can contribute their high voltage equipment for free and get it validated-this has become the test bed developing highly prized 1200 kV technologies. Given the fact that IR operates on the broad gauge, not a very popular gauge globally, a facility like NHPTL can possibly be created to test new technologies and platforms. This would encourage innovation and reduce uncertainties in testing.

IR already has WAP5 class of locomotives with speed potential of 200 kmph (test speed of 220 kmph). Further, LHB design coaches are fit to run at 160 kmph. A powerhead approach with a 20-24 coach LHB rake can be readied for trials in about six months. Not generally known, semi-high speed platform is already with the IR.

If there is one experiment IR needs to urgently carry out it is to use the powerhead concept, especially on trains which negotiate graded section. This would typically mean putting WAP5 (on rail 5400 HP) or a WAP7 (on rail 6000 HP) class of locomotives on two ends and pairing them over radio remote control so that same crew can operate the train without modifying the coaches (Though few coupled WAP5 units with high voltage coupling on roof have been readied, it needs to be noted that this approach was thought of when IR wasn’t having a reliable radio remote control, which incidentally is now available). This would double the power per train and substantially improve its ability to handle speed restrictions and stoppages better.

Results can then be evaluated vis-a-vis alternatives for a cost-benefit analysis including those from the Talgo coach trials. While deciding on rolling stock, one has to factor in efforts put in the creation of wayside infrastructure and manpower training. A powerhead approach can readily use existing coaching stock.

It is important to note that for variety of reasons, Indian railway network is riddled with speed restrictions. A speed restriction poses challenges similar to introduction of a stop. The more you have them, the more will trains require higher acceleration cycles to maintain average speeds. Such a scenario is a fit case of distributed traction, viz, multiple units as against concentrated traction power of locomotives (also referred as powerheads). If the section is comparatively free of stops or speed restrictions, the conventional locomotives (powerheads) can be used. Japanese Shinkansen (the bullet train) have been EMUs since 1960s as Japanese network had closely spaced stops. Whereas TGV has powerheads (concentrated power)-fit for long stretches with fewer stops (lower acceleration demand). AGVs designed by Alstom to be successor of TGV has EMU architecture, however, SNCF high-speed network is still with powerheads (the high speed record of 574 kmph is held by modified AGV). German ICE has moved from powerheads to EMU architecture.

IR needs to urgently work on re-engineered MEMUs and DEMUs to perform on long distance for premium freight and passenger trains. This work can be taken up and delivered in about 24 to 36 months as all building blocks are available in the country. Well designed multiple unit platform is the solution to mixed traffic, large number of stoppages and speed restrictions.

The Future of Rolling Stock on IR

Reducing weight of passive rolling stock is inescapable, to reduce the energy consumption. Further, one has to work on tilting designs to improve speeds on curves-Talgo trials are in this direction. However, this, sadly would not give the needed relief in medium term. Though IR plans to procure few train sets, manufacture modern EMUs at Kanchrapara in West Bengal and introduce high speed trains from Japan, the time period for any such train to be introduced would be north of 36 months (High Speed trains would take still longer). All these planned inductions are on multiple unit platforms.

Introduction of multiple unit platform can reduce the section occupancy time and hence improve productivity of existing sections. It is the future of passenger trains and also the way ahead for high value, low volume freight. That the used and abused Mumbai suburban stock has endured is a living testimony of the resilience of multiple unit concept. Also, to offer higher value, new train platforms are needed.

Talgo trials bring challenge of handling unsolicited products. As these trials are undertaken without an Expression of Interest, induction of Talgo rolling stock after satisfactory trials would present interesting challenges. In the meantime, IR should look in to its existing inventory and rustle new concepts, products and services.