It’s Official. Jet Is A Zombie And There’s A 50 Per Cent Chance It May Never Fly Again 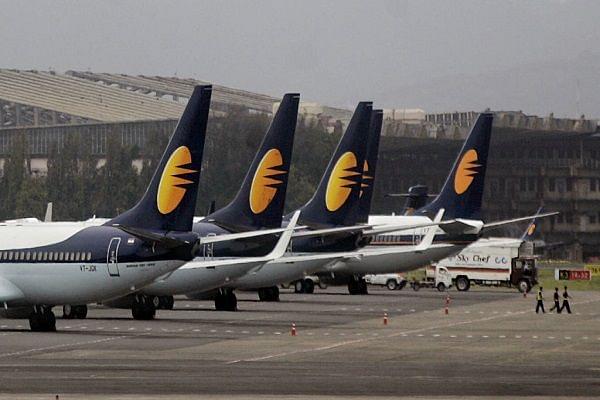 As of midnight yesterday (Wednesday-Thursday), Jet Airways officially became a zombie airline. It suspended all flights as most of its planes were grounded by lessors and its lenders could not agree on a cash infusion to keep it flying while they argue about whom to sell the airline to.

As of now, Jet has only costs and no revenues. With every passing day, Jet’s value to lenders will fall precipitately, as an airline’s ability to generate revenues depends on keeping its planes flying. The value of its frequent flyer programme, Jet Privilege, is taking a similar nosedive, for similar reasons. Frequent flying has value only if you are indeed flying frequently. Some 22,000-and-odd employees, who are owed crores in salaries, are now effectively employed but without wages, and their CVs will be flooding the airline market shortly, if they aren’t already there.

As for Jet’s shareholders, they have been in Cloud Cuckoo Land for more than a year, foolishly believing that promoter Naresh Goyal will pull a rabbit out of his hat at some point. The market capitalisation of Jet, at just under Rs 2,000 crore in Thursday morning trades, has a surreal quality about it, given that the airline has been flying on negative net worth for more than a year. Who in his right mind will pay Rs 2,000 crore to buy an airline whose worth is negative?

The lenders have effectively decided by not deciding quickly that they will take a steep haircut on their Rs 8,000 crore-plus outstanding loans. It is a fair bet that they would have lost at least half their dues already by sitting on a rescue plan for more than two months. In fact, they could have surmised a year earlier that Naresh Goyal did not have enough cash to put in as his equity contribution in order to persuade them to lend even more.

The stark reality is this: there is now at least a 50:50 chance that Jet will never fly again, and if it does, it will be no better than starting from scratch. An airline that does not fly for too long runs the risk of never flying again, as we saw with Kingfisher Airlines. It stopped operations in the second half of 2011, and as policy-makers argued endlessly about whether to allow higher stakes for foreign airlines in domestic aviation, and banks sat on their hands looking for political winks from Delhi on what to do, and never flew again. Its promoter Vijay Mallya flew the coop in February 2016, after fearing he would be arrested for his defaults and fund diversion.

At that time, since the other players were keen to see one competitor fade away, politicians took their decision only after Kingfisher had no chance of revival. This time too, it is likely that pressure will be applied by existing players – most of them losing money in recent quarters – to avoid rescuing Jet so that they can become more viable.

Unlike Kingfisher, which was probably a victim of business lobbying by rivals (apart from Mallya’s own follies), this time around it is the timing of Jet’s tailspin – election-time – that is preventing both lenders and government from either rescuing it or letting it go under.

The lenders claim there are four potential investors or buyers for Jet – minority partner Etihad, the National Infrastructure Investment Fund, TPG Capital and Indigo Partners – but the smart wager should be on a huge loan writeoff and substantial recast of the balance. Since a grounded airline will probably need a few hundred crores to even restart reliable services, any potential buyer has to weigh Jet’s legacy problems and negative image with flyers today against the possibility of starting an entirely new airline without any past baggage.

In one line: don’t count on Jet flying again.

This is as good a time as any to list the villains who set off this tragedy in slow motion, putting 22,000 jobs in peril, and sending airfares soaring for beleaguered passengers.

Villain No 1: Naresh Goyal clearly takes the top slot for letting his love-child down badly. He made some business mistakes – like taking on Air Sahara without doing due diligence – and paid the price. But even if one forgives him a business mistake one cannot forgive him his basic inability get his branding right – he had three brands, all called Jet. One was the full service carrier Jet, and then there were two low-price carriers, Jet Konnect and Jet Lite. If you are in three different customer segments, the least you can do is avoid branding confusion and name them differently.

His worst decision, however, was to not dilute his stake early, when rescue was still possible. A promoter who clings to his business despite knowing that he cannot any more fund it is the worst kind of promoter. It is no different from a poor parent allowing his children to die of starvation when they could have given it for adoption

Villain No 2: There are many claimants for this No 2 slot, since Jet has many lenders. It is clear that Jet’s lenders, led by the State Bank of India, are the prime authors of the delay in deciding whether, and how, Jet must be rescued. Perhaps they are worried that taking large haircuts will earn them the unwelcome attentions of the Central Vigilance Commission, which is prone to discovering hanky-panky in every business decision gone wrong. But if they delay and kill the airline, they will face as much scrutiny on their actions. This clearly shows that public sector banks are incapable of taking good decisions at the right time, since they are always looking over their shoulders to see whether they are being watched by the vigilance sleuths.

Villain No 3: This is clearly the government. The Narendra Modi government is worried that if it allows its banks to write off a big part of Jet’s loans, it will be accused of benefiting the rich while poor farmers are being denied a central loan waiver. Letting the airline shut down or be sent to the bankruptcy court is a strict no-no at election-time, especially when jobs are a key issue. Jet’s closure will mean massive losses of high-quality jobs.

The only right course for the government is to tell its bankers it will back their decisions on Jet by putting its own political reputation on the line. But this is a tough call at election-time. The earliest one can get a clear answer from Delhi on Jet is 23 May – and that means Jet will be tougher to rescue than ever, having stopped flying for more than a month.

Villain No 4: It is clearly the election. No governance is possible in any state if we are going to be permanently in election-mode, and every election is a high-stakes game for politicians. We have to find a way out of being a high-frequency election republic. It gives us democracy minus governance.