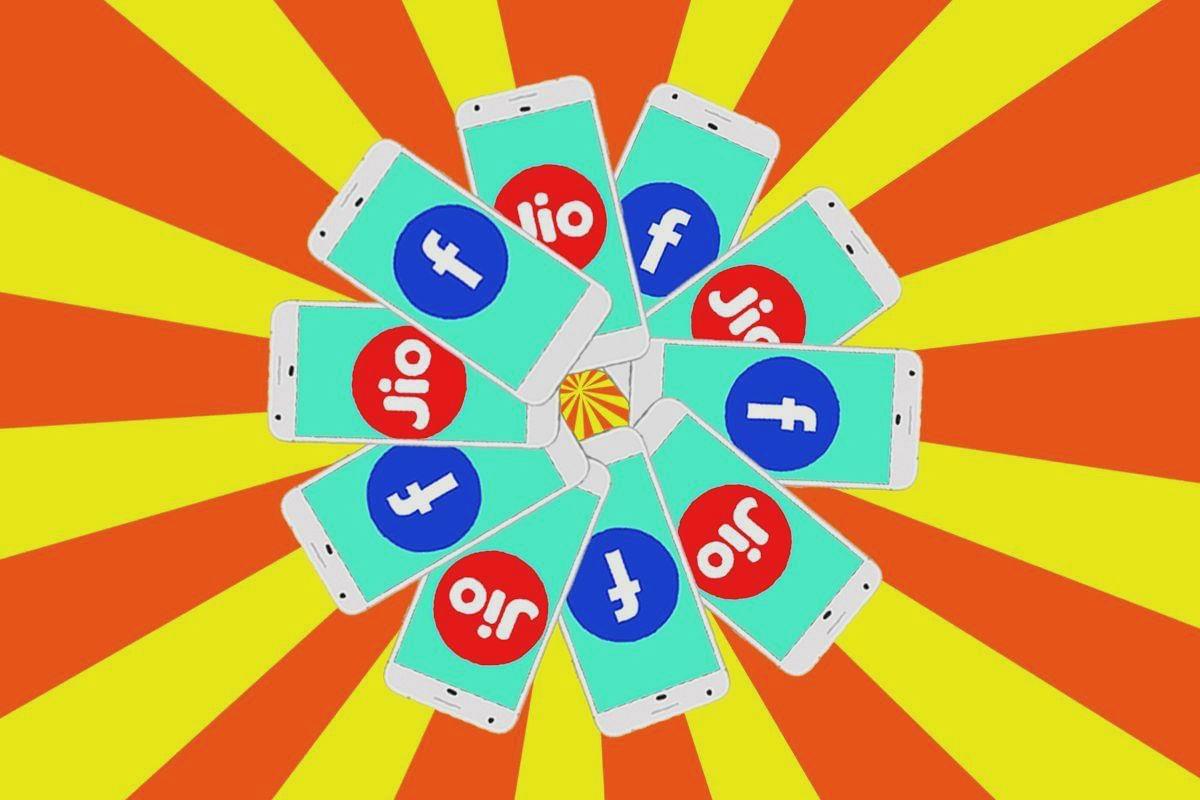 In the initial days of the nation-wide coronavirus lockdown when restrictions on outdoor activities were being put in place, a neighbourhood kirana store owner embarked on a digital solution to ensure he could deliver orders without any hiccup.

On his WhatsApp business account, he created a few broadcast lists and requested people to text him their orders.

Upon receiving an acknowledgment from the owner, the people were supposed to transfer 50 per cent of the order payment to the bank account linked to his mobile number through UPI, Paytm, or any other digital wallet of their choice. The payment was to be followed by the delivery of the order in 24-36 hours.

On the first day, the idea did garner some traction. However, only the second day into the experiment, it all fell apart.

The orders outnumbered the delivery boys attached to the kirana store, and the supply of essentials was too slow to keep up with the demand. People who did not receive any confirmation of their orders took to repeated calls that further added to the confusion.

Eventually, the kirana store had to discontinue the WhatsApp order service. Today, amidst the lockdown, people queue up each day outside the store, six-feet apart, waiting patiently for their turn.

What this store was attempting to do is not unique by any stretch of imagination. Grocery deliveries constitute a very small part of the hyperlocal services that are now an integral part of the urban Indian lifestyle.

While Zomato and Swiggy have turned to delivering groceries from a few stores during the lockdown, vintage players like BigBasket and Grofers have already witnessed a surge in demand, as people are now choosing to stay at homes.

Along with Amazon, BigBasket and Grofers were the firsts to request permission to operate in districts as the lockdown kicked in. Their absence in the first week of the lockdown in many districts including Delhi made it to news cycles, thus validating the critical role they now play in urban India.

However, the on-demand digital solutions are not restricted to groceries alone.

Indians, especially in cities like Delhi, Noida, Gurugram, Bengaluru, Chennai, Pune and Mumbai rely heavily on cab-hailing apps like Uber and Ola. There are also on-demand two-wheeler ride services for those not willing to spend much.

Startups like Dunzo that deliver almost everything under the sun for a small fee have expanded the ecosystem of digital services that began with the likes of Zomato and other food delivery apps.

The size of the Indian market is a factor at play as well. Uber, in India alone, facilitated 14 million rides per week in 2019. Zomato, in 2019, was delivering more than 1.3 million orders from over 150,000 eateries each day. Swiggy, with 140,000 eateries on its platform, made 1.4 million deliveries each day last year.

BigBasket, which makes more than 150,000 deliveries each day, last year, bought DailyNinja, a Bengaluru-based milk delivery company. At the time of purchase, DailyNinja alone was serving 110,000 orders each day.

According to a study conducted by the ASSOCHAM-TechSci Research, the food and retail market in India will be $823 billion by 2023. India’s e-commerce market alone is expected to be somewhere between $65 billion and $80 billion by this time. By 2027, the same market is worth around $200 billion. Therefore, there is a lot of money riding in the future, given the market size.

Social media networking giants haven't done that badly in India either. Facebook has around 300 million users, WhatsApp has 400 million while Instagram has more than 100 million active users.

TikTok has more than 125 million users. While platforms like Twitter, LinkedIn, and Snapchat have made inroads in urban India, it is WhatsApp, owned by Facebook, and Facebook itself that have emerged as the undisputed leaders of social media networking in India.

T-Series, a music production company based out of Mumbai, today has over 130 million subscribers on YouTube. If the subscriber count from all their regional music channels is added to the main count, it surpasses 190 million, more than the population of 188 countries.

The trends aren’t restricted to YouTube alone. Hotstar, India’s top streaming service owned by Disney registered 18 million concurrent viewers during the final of the Indian Premier League in 2019. The overall viewership of the tournament was in excess of 300 million.

This brings us to one of the biggest digital revolutions in the history of mankind — Reliance Jio.

Two, it further enhances the Jio ecosystem that was enhanced in September last year after the introduction of Jio GigaFiber. The broadband offering came as a bundled package that included subscription to OTT platforms.

Three, it creates the foundation for JioMart which could go on to become the biggest digital retail marketplace in the world.

In his statement, Reliance chief Mukesh Ambani emphasised on digital transformation of India, the importance of accelerating India’s digital economy, and the pursuit of making India the world’s digital leading society.

Further, he stated that innovative solutions would be a result of the partnership and would power 30 million small merchants, 60 million small and medium enterprises, and 120 million farmers.

JioMart would be the first step in this pursuit. Already, pilot projects have been on in some markets to onboard retail stores and other local kirana stores that do not have the scale to have their own digital or delivery services.

JioMart, however, will not be restricted to urban India alone, as BigBasket and Grofers are, but would penetrate into two and three tier cities, using the existing network of kirana shops critical to the routine functioning of Indian households.

Deliveries could take as little as 20 minutes, given the orders will be sourced from local kirana stores and not warehouses on the outskirts of the cities. To put things in perspective, BigBakset takes a minimum of two hours to deliver an order, and one has to be amazingly lucky to get a slot that early.

While the daily and weekly average numbers of BigBasket, Zomato and Swiggy may come across as colossal in the first viewing, they only are the tip of a larger iceberg.

Thus, going forward, there would be tremendous opportunities for JioMart in terms of expansion. This would also help merchants and retailers in expanding their offerings, would challenge the uncontested dominance of Amazon and Walmart, and enable employment at stores and for deliveries.

The buck will not stop at JioMart alone, however.

The coming together of Jio and Facebook signifies much more than a mere marketplace for delivery of groceries, it signifies the birth of India’s first super-app.

A super-app can be imagined as an all-in-one app. Think of Uber, BigBasket, Zomato, Hotstar, Whatsapp, PhonePe, Facebook and Instagram — all rolled into one. There is no upper limit on the number or kind of services that can be included within a super-app though.

Previously, Justdial and Paytm tried to embark on a similar model but they couldn’t make much headway, given the lack of scale and subscriber numbers. At 300 million, or 25 per cent of India’s population to begin with, Jio and Facebook will be in a far better position to create India’s first super-app.

Already, Jio has ventured into many other digital services. These include Jio GigaFiber, Jio Cinema, Jio Music, Jio TV, Jio HealthHub, Jio News, Reliance Digital, Jio Engage, Jio Cloud and Jio Switch. Apart from the services already provided by Jio, in the future, the services could extend to education, logistics, food, farming, fashion, dating, professional networking, and so forth.

However, Jio will not be the first in the world to do so.

China’s WeChat is the mobile app in the world, behind Facebook and WhatsApp, and is used by more than one billion people in China alone. In the long run, Jio and Facebook would look to create a digital ecosystem, similar to that of WeChat. In China, people spend the majority of their time online on WeChat because this single app offers them access to an array of digital services.

While their 300 million concurrent subscribers will offer a good place to start, India’s projected one billion internet users by 2024 would offer the ideal market for the two giants.

Digital ecosystems are not rare. Already, most of us are either a part of the Apple or Google ecosystem. However, what differentiates Jio from the likes of Google and Apple is the culmination of the digital and physical world.

The platform, as seen with WeChat in China, would also be home to mini-apps. For instance, if one wants to access the market through the platform, they could simply list their app within the Jio-Facebook ecosystem and gain instant access to the subscribers on the platform.

In lieu of a monetary arrangement, the owner of the digital service, even if it’s similar to one already being offered by Jio itself, could scale their entrepreneurial venture, similar to how Amazon is used by third-party sellers. The mini-apps could include small and medium enterprises wanting to serve a small region as well. This would negate the need for their apps to be separately downloaded from Google or Apple’s app store.

Will Jio and Facebook be a threat to local competition?

Yes, as much as Amazon and Walmart are to local sellers, or Burger King and McDonald’s are to local burger outlets. In the greater scheme of things, Jio and Facebook could work as enablers for India’s micro small and medium enterprises (MSMEs) looking to go digital, similar to the kirana store that couldn’t accept e-orders, given its inability to scale.

There will be competition from Jio’s own services, yes, but in return, they would also get access to at least one-third of India’s population, a robust digital platform, payment gateway, and potential logistics support.

Firstly, WhatsApp payments. The payments system built on India’s UPI will make WhatsApp more than chat messenger. Two, Facebook would get access to more data, and thus would be in a position to make diversified ad offerings to further increase its revenue.

At this point, Jio would also be eyeing the government’s final call on the issue of adjusted gross revenue that has pushed Vodafone against the wall. If Vodafone-Idea ends up shutting shop, Jio could be looking at 500 million subscribers, In the long run, an ideal number for a company already working on 5G and IoT solutions that could be clubbed in the super-app in the future. Also, the two companies would have to iron out their differences on the issue of data localisation.

For Mark Zuckerberg and Mukesh Ambani, the future is all about ‘super’ possibilities.