Many Mini-Infys Are Better Than One Big Infosys: CEO Sikka Is On The Right Track 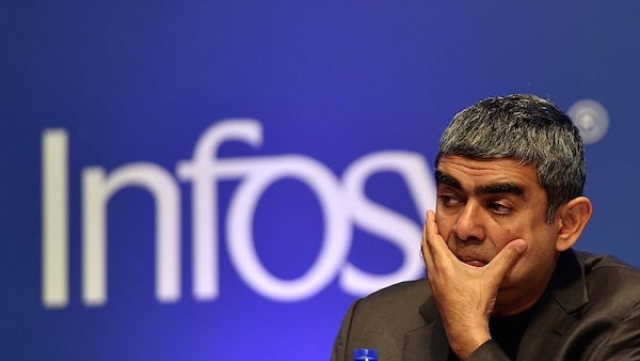 Infosys is said to be considering breaking down its massive business verticals into several smaller businesses, each run by a mini-CEO with profit-and-loss responsibilities. CEO Vishal Sikka announced this plan last week, though details are sketchy.

Actually, he should go further. He should put all his businesses into subsidiaries, so that Infosys then becomes a holding company. He should also list each one of them at an appropriate stage.

The logic of a holding company is simple: it will be like a mutual fund allocating capital and resources to individual shares, increasing capital when they show promise and yanking investments when they don’t deliver the expected results. Subsidiarisation also allows individual businesses to focus on clients and sales, and the holding company to decide where to pack its financial punch.

Tata Consultancy Services (TCS) broke its massive business into 23 verticals in 2008-09 and, while the results have been good, it should logically move to a holding company structure too.

There are advantages in having clarity for each business in a holding company structure— advantages which are not available if businesses are merely run like strategic business units (SBU) with a near-CEO.

These are the benefits:

One, in a single company set-up, the tendency will be to dictate common policies on HR, pricing and margins from the top. While this is understandable, it militates against the fact that different verticals have different potential in terms of volumes and margins. A government-facing business may be low on margins, high on working capital needs, but high on volume.

Infosys, for example, is creating the GST Network’s IT backbone, but it is unlikely its margins are higher in this project than what it earns from key businesses in the U.S.

In this case, the counter-argument will be that the management may not want one subsidiary to be undercutting another on margins. But this can be sorted out on the basis of turf separation and also giving businesses a band within which to cut margins for wooing first-time clients and improving volumes.

Two, for investors, the holding company structure enables clear visibility on each business’s profits and losses and, if some of them are separately listed, investors may want a share of the banking and financial services vertical rather than infrastructure, or vice-versa.

The counter-argument would be that, in India, holding companies tend to get lower valuations, but the fact is that investors have options: those who want stability in incomes can go for the holding company; those who want to take riskier bets can go for the underlying subsidiary. For promoters, holding companies enable control of ownership even while allowing individual businesses to raise capital from the market for growth. IT services, with their high cash flows, may not need more capital right now, but acquisitions may force such decisions.

Three, Indian IT companies are simply becoming too big to manage as one. TCS had a headcount of 3.6 lakh, Infosys 1.97 lakh and Wipro 1.73 lakh at the end of June 2016. These are simply too big numbers to manage in one company, in one HR policy. Attrition rates are, therefore, high and cost of employee acquisition and retention will be daunting. Smaller companies under a holding company will be able to be more flexible in hiring practices within a broad band of HR guidelines. Conformity kills initiative and the acquisition of high-quality talent at high wage costs. Subsidiarisation should enable a higher sense of ownership in the business, and differentiation in terms of compensation structure.

Four, one downside may be that subsidiaries may end up cannibalising each other’s clients. This may be true, but if your business is going to be cannibalised by competitors, isn’t it best if your own subsidiary cannibalises business from the other? Excess cannibalisation can anyway be curbed through corporate policies on what can or cannot be poached.

The future of India’s big conglomerate businesses— whether in IT or in manufacturing or services— is thinking small and innovative. A balance needs to be struck between the need to be fast and nimble, and the need for scale. This may be best achieved in an open and transparent holding company structure rather than in opaque SBUs. This structure brings focus both to the holding company and its subsidiaries, the former being focused on capital allocations and weeding out losers; the latter on growing the business profitably.

Should TCS Be Split Up? Big IT May Now Be Facing “Diseconomies Of Scale”